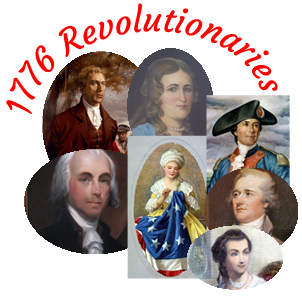 We recognize the names of the historic figures in the picture but few among us know how young these people were when our nation was in its infancy.

Who are the young people today who may become tomorrow’s leaders?

Oxnard | The Channel Islands Republican Women Federated will hold its monthly meeting on Wednesday, February 27, 2019 at 11:30am at the Pacific Corinthian Yacht Club. Menfolk, members, and guests are welcome!

Please join us and Port Hueneme Mayor Will Berg who will MC a panel of young people. Some are college students at CSU-Channel Islands and Cal Lutheran, two are young adults in the workforce, and a Westlake High School Senior.

Mayor Berg is an outstanding choice for the program. He sits on many boards and advisory councils including ones at Cal State Channel Islands and at Ventura College. Five years ago, Mayor Berg was named Citizen of the Year by the Port Hueneme Chamber of Commerce. He holds an MA degree in Comparative and International Politics and spent two years as a higher education volunteer in South Korea with the United States Peace Corps. Mayor Berg is also conversant in Mandarin Chinese having studied at the National Political Science University in Taipei, Taiwan. Will and his wife Beckie have lived in Port Hueneme for 17 years. He was elected to the city council in 2016 and became mayor this year.

Joining Mayor Berg is an impressive group of young Americans to discuss their views, dreams, aspirations, and challenges. Please join us to “Meet the Mix of Young, Local Conservatives” and hear what they have to say about our world today.

Jack Breuker  |  “I grew up in Chico, California and attended CSU, Chico from 2015 to 2017 graduating with a degree in Political Science. During my time at Chico State, I was active in Model United Nations and College Republicans. I spent the summer after graduation in Washington DC working for the National Republican Congressional Committee before moving to the central coast to work in public relations for the oil and gas industry. I currently live with my two French Bulldogs in Ventura.”

Taylor Chen |  ”I was born and raised in Westlake Village, and am a senior at Westlake High School. I have been the philanthropy chairman for the National League of Young men for 3 years and have volunteered nearly 200 hours with my church as a youth leader over the past 7 months. After high school, I hope to complete my education by either attending the United States Air Force Academy or attending a school and participating in ROTC so that I can serve as an Officer in the Armed Forces.”

Hope Cottam  |  “I’m currently attending California State University Channel Islands (CSUCI). I completed two and half years of community college before I transferred to CSUCI.  I am president of the Turning Point USA chapter at my school and have been involved with Turning Point for about a year and a half and am also involved in Students for Life.  I live and grew up in Oxnard which taught me to stand up for my values, especially my conservative ones.  I am pursuing a communications degree, and I hope to run public relations for a non-profit or business someday.”

Matt Fennell  |  “I am a Business student at CSU Channel Islands and President of the Dolphin Republicans. Previously I worked as a Campus Coordinator for Turning Point USA and am the Founding President of the Turning Point USA chapter on campus. I work very closely with PragerU as a Central Coast Team Leader for the PragerFORCE division. After graduating I will be attending Officer Candidate School to serve in the military.”

Hannah Nandor  |  “I am 19 years old and currently a double major in Biology and Political Science at California Lutheran University. I am currently involved in Student Government, College Republicans, the Physician Assistant Student Society, and the Political Science Society on campus and also work at a doctor’s office in Simi Valley. In my free time, I enjoy riding horses, fishing, cooking, and spending time with family and friends.”

Noee Ortiz  |  “I am 22 years old. I live in Oxnard California. I graduated from Tulare Western High School in Tulare California and have some college credit. I am working towards a career in Law enforcement.

Channel Islands Republican Women Federated – CIRWF | Some proclaim the Channel Islands the American Galápagos. Species found here do not exist elsewhere. Our club too is one-of-a-kind. We meet the 4th Wednesday each month listening to dynamic speakers, exchanging ideas, and deciding on action that support Republican values, causes, and our local Republican candidates. We are also proud to welcome our menfolk into our ranks as associate members. Further, this year marks the 65th anniversary of our club’s founding after consolidations of neighboring clubs in the heart of the county seat, San Buenaventura. We are proud to share this anniversary year with that of the Republican Party founded in 1854.