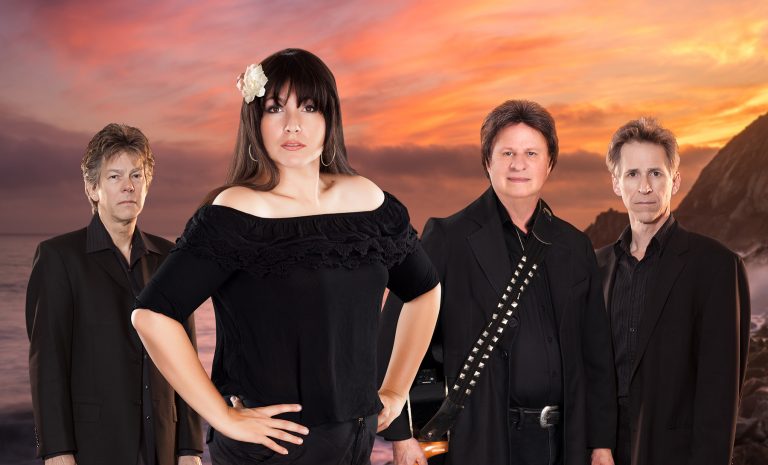 On March 9, 8:30 pm, Mighty Cash Cats will debut at Ventura’s newest and coolest venues, Oak and Main, 419 Main St, Downtown Ventura. Oak and Main is next door to Johnny Cash’s 1960’s office that he shared with his manager, Saul Holiff.

Opening the show will be the Linda Ronstadt Tribute, Silver Threads doing a set of Linda’s greatest hits. Linda is back on the charts with her “Live in Hollywood” album.

Johnny Cash spent most of the 1960’s living in the Ventura suburb Casitas Springs and his office was located in downtown Ventura at 434 E Main St, next door to Oak & Main. He wrote some of his biggest hits while living in Ventura.

The Mighty Cash Cats cover all six decades of Johnny Cash’s career including fun Johnny and June duets. They have toured in the USA, Europe, Ireland, France, Israel, and Asia.

“Michael J. sounds just like ‘The Man in Black,’’ Leticia Blumette is the June to his Johnny, and when harmonizing with Michael, puts these Cats on top. They are the best Johnny Cash Tribute.” Bill Locey, Ventura Star

“If you never had the chance to see Johnny Cash and June Carter perform live, and then cheer up, the Mighty Cash Cats’ Michael J and Leticia are filling the void.” Will Phoenix LA Examiner

The Salt Lake Tribune wrote that “The Mighty Cash Cats are as close as you can get to the real thing.”

The Jerusalem Post confirmed that in a review of their concert in Israel: “If the audience closed their eyes during Michael J’s show they, no doubt, thought that Johnny Cash had managed to find his way back to the terrestrial bandstand.”