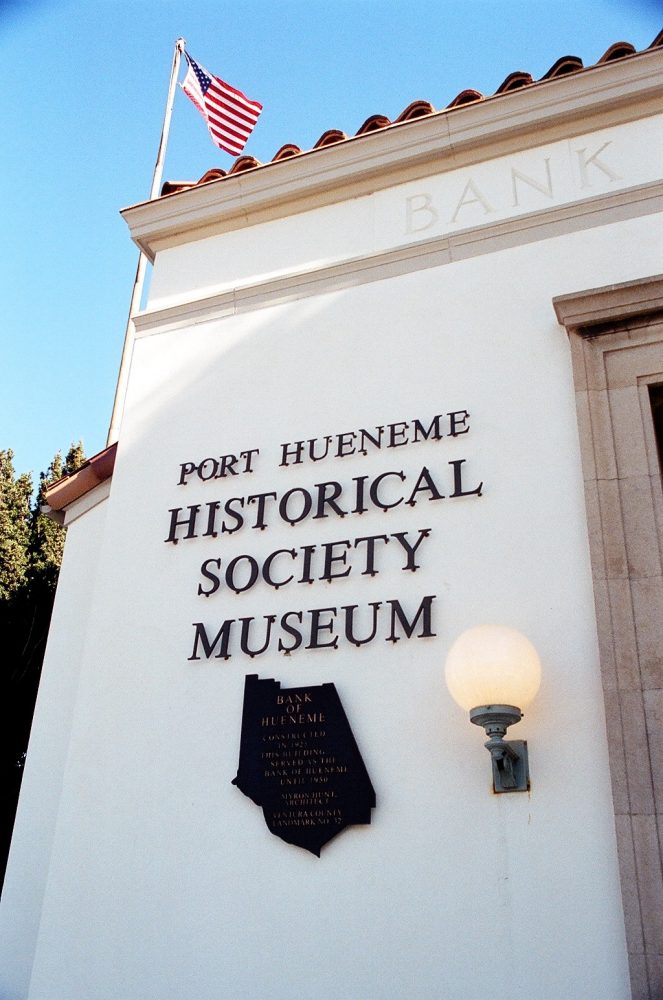 Curt Osterhoudt, who has loved trains ever since childhood, became the Santa Susana Museum’s first volunteer in December 1998.

Not only did he like to visit the Santa Susana Train Depot and watch the progress that was being made in the railroad model room, but when plans to develop a museum were being discussed, he took notice.

He quickly got involved, and working closely with the late director, Tom Bergh, was instrumental in developing the Santa Susana Museum, where he currently curates exhibits, serves as the Saturday docent in charge, and schedules tours.

He is also an enthusiastic and accomplished speaker at both the museum as well as throughout the community.  His areas of expertise include Corriganville and railroad history.

Curt, who served in the Army from 1967-1969, worked at AT&T from 1969 until his retirement in 1996.  He married his high school sweetheart, Kathleen in 1970. They’ve been married for 49 years and have two sons and three grandchildren. When not volunteering his time at the depot, Curt also enjoys yoga and ping-pong.

at the historic Bard Mansion 5:30PM

“The Legacy of Dr. Cephas Bard”

Dr. Cephas Bard, who practiced medicine in Ventura from 1868 to1903, built the first hospital in Ventura, with the support of his brother Thomas Bard, the founder of Port Hueneme. If a patient could not afford treatment, Cephas would accept an object in trade, which resulted in a significant collection of Chumash artifacts. In his will he gifted his collection to the Pioneer Society, with his desire that they build a museum in Ventura. His bronze bust is at the entrance of the Museum of Ventura County, where he is recognized as its founder.

Charles Johnson recently retired as the Librarian-Archivist at the Museum of Ventura County, where he worked for almost thirty years.  He also served as Editor of their Quarterly historical publication. In fact, Johnson edited the 2000 issue that was dedicated to Cephas. His History of the Museum of Ventura County 1891-2014 was published in 2017, which incidentally sports an image of Cephas on the cover.

“State of Cannabis in Port Hueneme”

After redevelopment funds were confiscated by the state of California, the City of Port Hueneme found itself in an unsustainable financial situation—being forced to dig into reserves.  The City Council took a chance and turned to a new source of revenue.  Within the so-called “Green Mile,” a clutch of cannabis retailers, cultivators and delivery services in Port Hueneme is estimated to generate $1.25 million during 2019.

According to Port Hueneme’s Police Chief Andrew Salinas, the Green Mile is not, as predicted by opponents, a hotbed of criminal activity, the source of vehicle accidents from an influx of traffic, or a known source behind our youth using drugs.  Not only has cannabis helped the City to get on its feet financially but has also added jobs and played a significant civic role—we’ve already seen cannabis dollars being used to give the homeless in Oxnard beds, to fund the Channel Island Harbor fireworks display, and to finance REACH projects in Port Hueneme.

Since arriving in Port Hueneme in 2017, Chief Salinas has been responsible for helping create the regulatory framework for cannabis operations and ensuring compliance.  He has also prioritized sustaining a police department committed to service and involvement with the community.

Chief Salinas—who earned a Bachelor Degree in Criminal Justice Management and a Master’s Degree in Public Administration from CSU, Northridge—is an avid runner and golfer.  In 2013, he climbed Mount Whitney and completed a full Ironman Triathlon in Tempe, Arizona.

The Civil Rights Movement of the 1960s inspired a generation of youth to realize the ideals of the American Revolution: Equality, Life, Liberty, and Pursuit of Happiness. Hence, throughout Ventura County Mexican Americans demanded the same rights and privileges espoused since the early Republic. Professor Frank P. Barajas will discuss the collective activism in Mexican American communities to realize equal protections in education, politics, and employment.

Professor Frank Barajas is a professor and chair of History and Chicana/o Studies at California State University Channel Islands. Born and raised in the City of Oxnard, he attended its public schools and obtained degrees at Moorpark College, California State University, Fresno, and the Claremont Graduate University. He is the author of Curious Unions: Mexican American Workers and Resistance in Oxnard, California, 1898-1961 (2012) as well as a follow up book on the Chicana/o movement in Ventura County from 1961-1975.

In addition to his academic work, Professor Barajas has published opinion essays in The History News Network, The History News Service, The Bakersfield Californian, Perspectives on History, and the Ventura County Star.

will sharing the history of

Even a decade ago, if you owned a late model car and resided in the western half of Ventura County, you might have felt the urge to gun the engine, hold your breath, and pray that your vehicle would make it up the whopping seven percent Conejo Grade.

Further north, you may have also found yourself journeying up and down the so- called Norwegian Grade. What you may not have realized about what is now a gradually ascending and descending road is that between 1900 and 1911, Norwegian pioneers and their workers carved the two-mile stretch of what is now Moorpark Road out of a steep hillside—totally by hand.

These pioneers used nothing more than their own picks, shovels, and ordinary farm equipment to provide a safer route for transporting hay, wheat and barley to the western end of Ventura County—especially to the farmers on the Oxnard Plain and the ships tied up to the Hueneme Wharf.

Gerry Olsen has published a biography about his Norwegian immigrant grandparents, Nils and Ellen Olsen, who settled in the Conejo Valley during the late 1880s.

He is a former public information office for the Ventura Community College District, a member of the Camarillo Ranch Foundation, and retired newspaperman. He is also the author of Don Adolfo Camarillo: A Living Legend, which was released just in time to commemorate the 150th anniversary of Don Adolfo Camarillo’s birth.

If you did not receive a copy of our quarterly newsletter (Summer 2019) of The Historic Hueneme Herald, please email and ask to be put on the mailing list. The Fall issue will come out in September.  Other Museum sponsored events include the monthly Historic Port Tour on the third Friday of each month.

Also offered on a quarterly basis (next is October19,2019), the Museum and Port provide transportation to the Lighthouse for visitors who cannot make the approximately one-mile round trip walk to Lighthouse.  In addition, the Museum and the Friends of the Bard offer tours of the Berylwood Mansion in conjunction with the quarterly dinners of the Friends of the Bard.  https://www.bardmansion.org/Current-Newsletter.html

All events are scheduled at Port Hueneme Historical Society Museum 220 Market St. in Port Hueneme at 11:00AM except the Charles Johnson presentation at the Bard Mansion