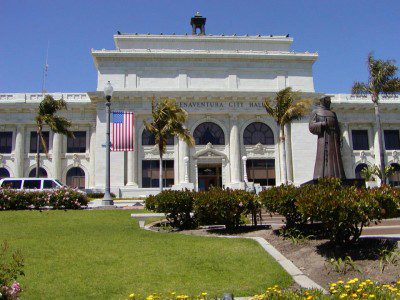 On Monday, December 10, 2018, the City will hold a reception to honor and thank outgoing councilmembers for their service and welcome the newly elected and re-elected councilmembers voted into office via district-based elections. The reception will be held at 5:30 p.m. in the Community Meeting Room at Ventura City Hall, 501 Poli Street, Ventura.

At 7:00 p.m., the regular meeting will be called to order and three long-standing Councilmembers will be recognized by the City and other agencies for their work in the community:

At 8:00 p.m. the oath of office will be administered to the newly elected and re-elected councilmembers:

This release is available on the City of Ventura website at www.cityofventura.ca.gov.###