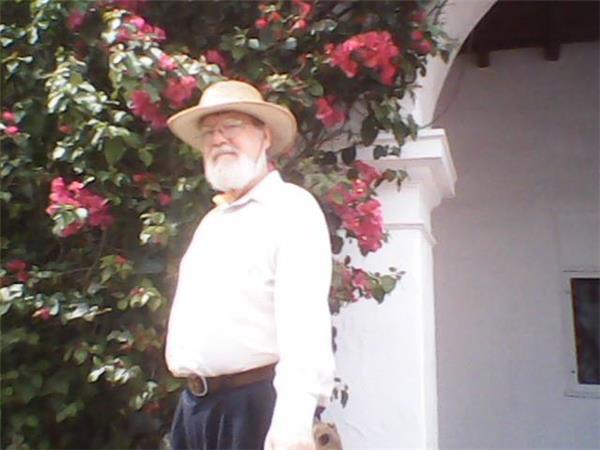 Gardner passed the California Bar in 1911. He opened his first law office in Merced in 1917. In 1921, he became a member of the Ventura firm Sheridan, Orr, Drapeau, and Gardner.

He enjoyed litigation and the development of trial strategy but was otherwise bored by legal practice. In his spare time, he began writing for pulp magazines. He created many series characters for the pulps, including Ken Corning, a crusading lawyer, crime sleuth, and archetype for his most successful creation, Perry Mason. While the Perry Mason novels did not delve into their characters’ lives very much, the novels were rich in plot detail which was reality-based and drawn from his own experience. Early on, he typed his stories himself, using two fingers, but later he dictated them to a team of secretaries.

Gardner remained with Sheridan, Orr, Drapeau, and Gardner until 1933, when The Case of the Velvet Claws, a Perry Mason story, was published. Much of that story is set at the historic Pierpont Inn, just down the road from his law office. In 1937, Gardner moved to Temecula, California, where he lived for the rest of his life. The success of the Mason series eventually ran to over 80 novels. In 1957, Perry Mason became a long-running CBS-TV series, starring Raymond Burr in the title role.

Mr. Richard Senate was born in Los Angeles, California. He grew up in Thousand Oaks, California, until his father retired and moved to Ventura, California. Here he attended Ventura High School and Ventura Community College where he earned an AA Degree. He went on to Long Beach State University where he earned a degree in History. He did a year’s post-grad work at UCSB Santa Barbara and attended the Archaeological Field School (out of Cal Poly San Luis Obispo) at San Antonio de Padua Mission. He became the site manager of the Albinger Archaeological Museum, the Olivas Adobe Historic Site, both in Ventura. He gave tours of historic sites and acted as historian for the city of Ventura. He became interested in the paranormal after seeing a ghost and is the author of 23 books on the subject of ghosts. He is married to Debbie, a psychic, and they have three children and six grandchildren. They reside in Ventura where Mr. Senate continues to give tours, teach history, and write for several small newspapers and magazines, such as Fate. He also is a biographer of Erle Stanley Gardner, the creator of the fictional attorney, Perry Mason.

Speaker Series is a lecture series held every third Wednesday at the Channel Islands Maritime Museum. Refreshments are served at 6:30 pm and the lecture begins at 7:00 pm. Entry is free with CIMM membership, $7 for non-members, $5 for seniors. Cimmvc.org

The Channel Islands Maritime Museum is open M/Th/F/Sat 10-4pm, Tues and Wed for group tours and private member events, and Sun 12-4pm, closed Thanksgiving, Christmas, and New Year’s Day. Located in Oxnard’s Channel Islands Harbor at 3900 Bluefin Circle. Explore galleries full of rare and beautiful maritime paintings dating back to the 1600s, more than sixty world-class models of historic ships, rotating thematic fine arts exhibitions, and interactive exhibits that encourage visitors to expand their horizons about everything maritime. Museum entry is $7 adults, $5 seniors, $3 children (ages 6-17), free for members and children under 6, and free on the third Thursday of the month. Info: cimmvc.org or (805) 984-6260.