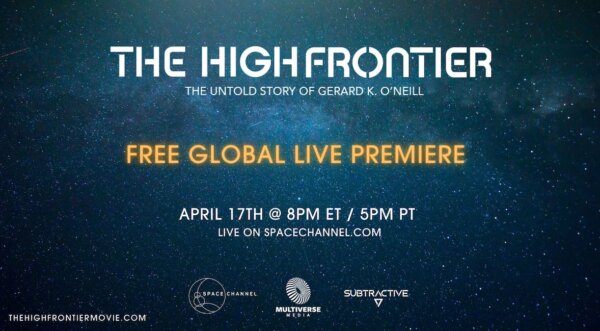 “The High Frontier: The Untold Story of Gerard K. O’Neill” tells the untold story of Dr. Gerard K. O’Neill who in 1977 wrote the book, The High Frontier: Human Colonies in Space, which sparked a grassroots movement to build Earth-like habitats in space in order to solve Earth’s greatest crises. The film is told through “Gerry’s Kids” as they affectionately call themselves; his peers, family, and the younger generation who followed that movement and are now leading the modern day space industry. A Documentary by Will Henry

View the Trailer for the film at: https://www.youtube.com/watch?v=cuYKGOBTTig&t=2s
RSVP FOR THIS FREE EVENT HERE: https://spacechannel.com/highfrontier/

Doug Casey on Crashing Markets, Commodities, and What Happens...