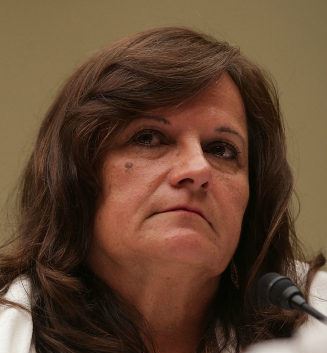 REDLANDS – Agnes Gibboney, whose son was killed by an illegal alien in 2002, will discuss her latest White House meeting with President Donald Trump at the March 7 meeting of the Redlands Tea Party Patriots.

“Together, we’ve got quite a one-two punch of speakers,” said John Berry, cabinet member of the Redlands Tea Party Patriots. “The audience will be at the edge of their seats throughout the meeting.”

The two-hour meeting begins at 7 p.m. Thursday at the Mill Creek Cattle Co., 1874 Mentone Blvd. in Mentone. Doors open at 5:30 p.m. The meeting is free and open to the public.

Gibboney has appeared in a national campaign ad with Trump; she feels he champions her cause of protecting Americans from the same fate her son suffered.

On Feb. 15, Gibboney was sitting in the front row of a White House news conference when Trump scolded CNN reporter Jim Acosta for his questioning the need for a border wall. She will discuss that experience, as well as her private discussion with Trump, at the March 7 meeting.

Berry, a Republican delegate to the February state Republican convention in Sacramento, will discuss the state party elections as well as his Antifa confrontation. His Feb 23 video, showing masked Antifa members knocking the phone out of his hands, made national news.