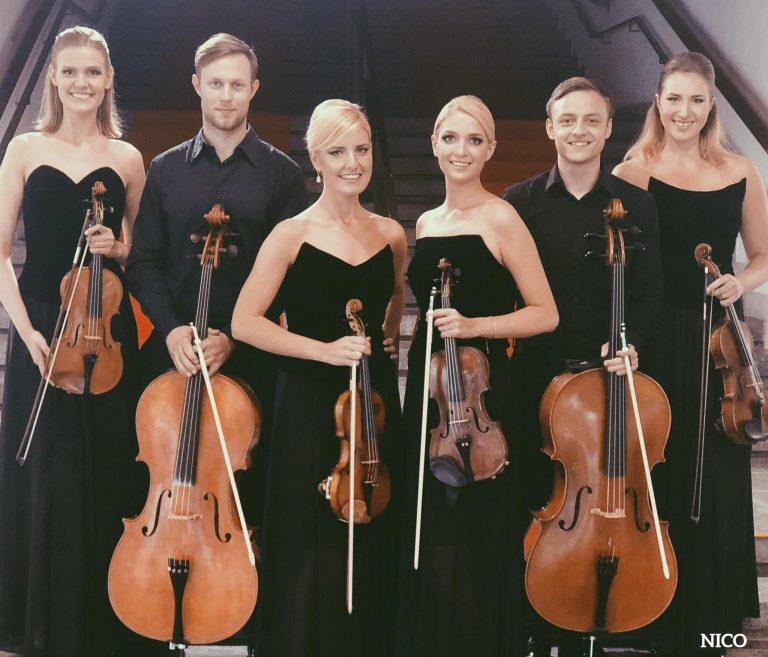 Leading off the celebration on February 9th are Anderson & Roe, lauded as “the most exciting piano duo on the planet.” Then in a special concert on May 10th NICO – the New Ideas Chamber Orchestra – take center stage as “the rock stars of chamber music.”  Both events are set for the Ventura College Performing Arts Center. Tickets for both events are on-sale now.

Nuvi Mehta – VMF Janet & Mark L. Goldenson Artistic Director – also reported that a “major star” was set to close the year in November, but that the artist’s name must remain a secret for some months. “Wait till May,” he said; “You’ll love it.”

As to the July Festival, music lovers only have to wait until Monday, January 28th for the “Silver Anniversary Festival Preview” from 5:30 to 7:00 p.m. at the Museum of Ventura County. The program includes artist previews of the Festival’s July line-up along with live music and refreshments. There is no cost to attend.

VMF Board president Richard Reisman provided the endnote to the sponsor gathering by announcing that the VMF Board had voted unanimously to invest Miriam Schwab’s recent $1.3 million bequest in a special endowment-like VMF Legacy Fund. “The Festival is celebrating its 25th Anniversary with an investment in our future,” Reisman said. “We’re stable financially with a prudent cash reserve. What we didn’t have was a fund to grow for the future. Now, thanks to Miriam, we have created a substantial Legacy Fund. Donors can join our Legacy Circle with a planned gift and be sponsors in perpetuity while the Fund – and the music – continue to grow.“

Also on VMF’s exciting 2019 schedule is the popular and free Student Jazz Competition (January 13), the glamorous Cabaret fundraiser (April 11) and the inspiring Rising Stars Concert on May 17 (free).

ABOUT VENTURA MUSIC FESTIVAL:
Since 1994, the mission of the Ventura Music Festival has been to bring world-class music to the community, foster audience-artist relationships, and enhance the joy of music through diverse programs for all ages. VMF seeks to create an inclusive, welcoming environment in which people both see and hear themselves reflected in the music.

For more information and to purchase tickets, please visit www.venturamusicfestival.org.