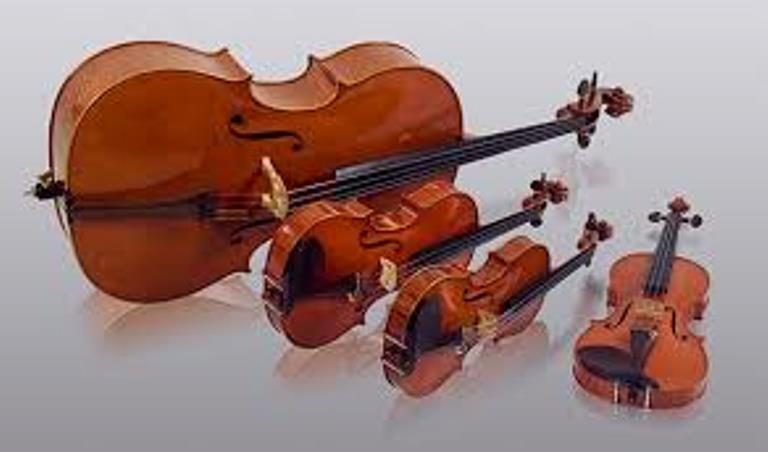 This concert features the West Coast Premiere of a new work, “Whirlaway”, from local composer Ted Lucas.   After retiring as the Provost and Vice President for Academic Affairs at California State University Channel Islands, Lucas currently serves as their Professor of Performing Arts.  He is the founding 2nd violinist of the Channel Islands String Quartet, and has written many pieces including the Alma Mater for CSUCI and a fight song for San Diego State University.

“Whirlaway is a loosely biographical work about the racehorse who won the Triple Crown in 1941,” says Lucas. “The music should stand on its own without the biographical information and could refer to the freewheeling violin parts towards the end.”  The piece was written over a period of time in 2015-2016 and at the request of this Quartet and includes an interesting part for each player.  Lucas was inspired to write a postmodern work after teaching about postmodern art and music in his class.

The Channel Islands String Quartet features first violinist Irving Weinstein, the retired vice chancellor of the LA Community College District.  Weinstein received a Master of Music degree from DePauw University and an Artist Diploma from the Los Angeles Conservatory where he studied with Toscha Seidel.  He played viola with the Roth String Quartet, resident quartet at UCLA, for over 10 years and violin with the Oceano Chamber Players.  He now lives in Ventura and plays in local orchestras and chamber music groups.

Violist Diana Ray-Goodman maintains a private viola and violin studio in Thousand Oaks.  She received her BA in Music from CSU Northridge and worked on her Master’s degree with William Magers at Arizona State University.  She has played in several orchestras including the Phoenix & Santa Barbara Symphonies & the Thousand Oaks Philharmonic, and is a Member and Evaluator for the Music Teachers’ Association of California.  A member of the music faculty at CSUCI, she is also a Registered Teacher with the Suzuki Association of the Americas and a Member of the American String Teachers’ Association.

Ruth Kay, Second Violin, earned her Bachelor of Music degree at CS University Fullerton. She has performed in many different symphonies & chamber groups including the Santa Maria Philharmonic & the Ventura Baroque Strings.  She currently performs with the Channel Island Chamber Orchestra, Moorpark Symphony & Footworks Ballet Company Orchestra. Ruth is a true second violinist who loves the moving underlying themes, creating fullness to a simple melody & lower tones of the violin. She has taught children & adults for many years in her home teaching studio, giving them opportunities to play solos in recitals & preparing for auditions.

Also performing is cellist Ervin Klinkon, who lives in Santa Barbara. He performs with several ensembles and teaches cello and coaches chamber music. Klinkon received his musical training in Germany and New York. He has performed with orchestras in Houston and Washington, D.C., and with chamber ensembles in Europe and the United States. Ervin served as chairman of the music department at Montgomery College and is the former conductor of the Montgomery College Symphony Orchestra.

The Channel Islands String Quartet’s program also includes Beethoven’s String Quartet Op. 18, No. 2 “Compliments-Quartet”, Ravel’s “Pavane pour une infante défunte” (written to evoke a Spanish princess from the Renaissance) and the waltz, “Wine, Women & Song” by Johann Strauss, Jr.  Tickets are $15 for general admission and $12 for seniors and students and may be purchased at the Hillcrest Center for the Arts Box Office or by calling (805) 381-1246 or www.hillcrestarts.com.