RenewableGas360 hosted a webinar on September 9, 2020 on the subject of renewable hydrogen as a way to decarbonize the world’s energy consumption.

Each speaker focused on a different aspect of this complex topic.

What is Green Hydrogen

Most people know that water is the most abundant molecule on earth consisting of two parts hydrogen and one part oxygen. Splitting the hydrogen from the oxygen is an electrolysis process, requiring energy. Because the storage capacity of solar and wind power has not kept up with generation, there is excess capacity of these renewable fuels, thus the use of excess solar or wind energy to fuel the electrolysis process produces what is called “green hydrogen”.

Hydrogen in the European Union (EU)

He also stressed the research investment and the international component where the technology is deployed and commercialized.

Hydrogen to Power the Rebuilt IPP Power Plant in Utah

IPP is located in the Great Basin region of western Utah. IPP generates an average of more than 13 million megawatt hours of energy each year from its two coal-fired units. The energy is delivered over the project’s AC and DC transmission systems to 35 participants in the project that principally serve Utah and Southern California

The decarbonization plan calls for conversion of this coal fired plant by 2025 to run on 100% hydrogen with storage. Read article.

The energy storage component of this project eclipses lithium battery storage. According to the slide presentation, Mitsubishi’s partner Magnum who specializes in storage will provide the following storage: 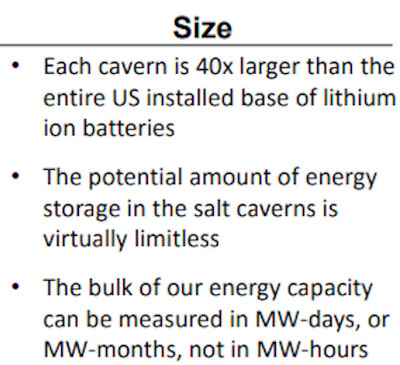 According to the presentation, California’s wind and solar curtailments hit record highs in April 2020, causing grid stress and blackouts. Long term, mega storage is the solution, he said.

The Advanced Clean Energy Storage (ACES) has exclusive rights to the mega salt domes in Utah where the location is advantageous to western region power needs and transportation. The green hydrogen will be stored here.

Conversion of Biogas to Green Hydrogen

The third speaker, Dave Edwards, PhD, is a director and advocate of hydrogen energy for Air Liquide.

As many know, Air Liquide is a world leader in supplying industrial and medical gases. The company was founded in 1902 and is now a worldwide business.

Air Liquide has millions of dollars of investments in North America, one of which is Beancour, Canada, a liquid hydrogen plant where the site will contain the largest PEM electrolizer by Q4 2020. The electrolyzer partner is supplied by Cummins/Hydrogenics.

Quebec can boast of low cost renewable hydro-electricity at .05 per KWh (lowest in North America for industrial customers).

Air Liquide’s North Las Vegas liquid hydrogen production plant is the first to be dedicated to mobility. Air Liquide owns the largest hydrogen storage facility in the world in Beaumont, Texas located in a one mile deep cavern. 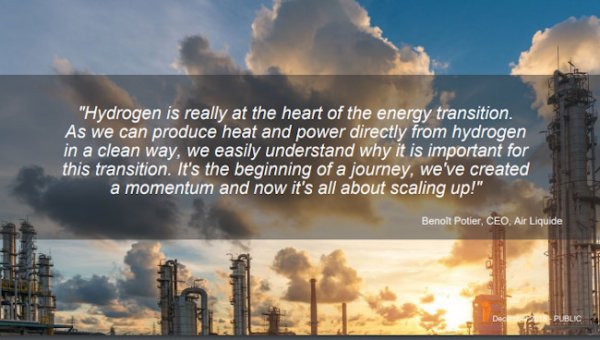 To view the slides for Air Liquide, click here.

The fourth and final speaker, John Quinn, Senior Manager for Renewable Gases at FortisBC, spoke of the company’s Clean Growth Pathway to 2050.

He explained the various scenarios for producing clean gas and the mixture of each in their portfolio.

He explained legislative issues having to do with RNG as well as the investment potential.

To view the entire webinar recording on Vimeo, click here.

To learn more about the author, click sherylhamlin dot com.

OK, we extract hydrogen from water. Is there any thought that water is more important for life than energy produced from hydrogen? Could this process reduce the one sure thing that all life depends on on this earth?

Cost benefit? What would it cost to transition from fossil fuel to all hydrogen?