‘Fanfare For The First Lady’ 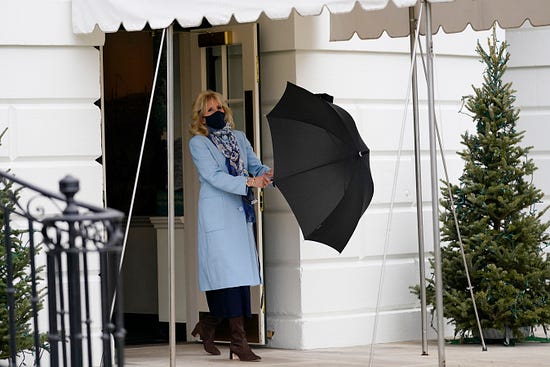 Jill Biden apparently has her own walk-up music now.

The Marine Corps band was reportedly instructed last fall to give the first lady her own entrance theme, a source told me. The band now has in its repertoire an original composition titled “Fanfare for the First Lady.” The song, the source said, is essentially Jill Biden’s personal “Hail to the Chief,” in that it is to be performed and repeated at official White House functions, from her first appearance until she is ready to speak.

“Fanfare for the First Lady” has created both amusement and confusion within the band, with some remarking that in their many years playing in the group, this is the first time they’ve been asked to perform an original composition designated specifically for the first lady.

Someone in the White House apparently “had the bright idea, ‘Oh, tell the band that we want music for Jill,'” a source said. “The band had to provide music.”

The band was “rushed” to provide the entrance song for the first lady, the source said, adding the Marine Corps band submitted a few options for the White House’s consideration. The first lady’s handlers settled eventually on the original piece “Fanfare to the First Lady.”

“The first lady does not have a song anybody has written for her specifically. She has no ‘Hail to the Chief’ song. She has no song,” he told me. “She never asked anyone to create a song.”

“The White House asked nobody, not one person, to compose an exclusive entry song, or any song, for the first lady,” LaRosa added. “None of that is accurate.”

In fact, he said, “Fanfare for the First Lady” was the band’s idea. He said the band approached the White House with a proposal for new music. “Fanfare for the First Lady” wasn’t even initially written for Jill Biden, he continued, adding it’s simply a finalized version of a piece of music that was already nearly completed when the band first broached the topic with the White House.

“We didn’t ask for it,” LaRosa said. “They came and presented us the option. We had no idea it would even be used again.”

The Marine Corps band has made a recording of “Fanfare for the First Lady” to be played in its absence.

“The song is terrible,” the source continued, adding it’s ironic that a “completely bogus premise” should result in such an “awful” final product.

The Marine Corps band, which did not respond to my request for comment, has performed “Fanfare for the First Lady” at least twice already, including in October of last year for a Teacher of the Year event held at the White House: 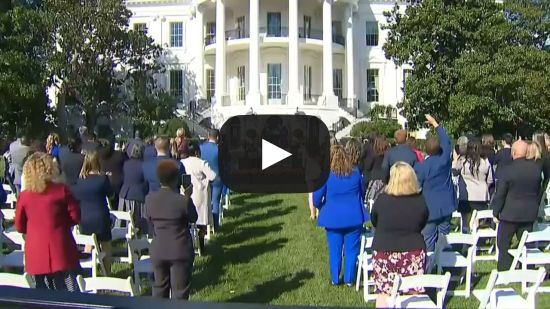