FCC’s Ajit Pai Issues Ominous Warning, Says China’s Reaction To NBA Fracas Is Only The Tip Of The Iceberg

If China is willing to turn up the heat when an NBA team’s general manager sends a tweet supporting Hong Kong, Pai said in a tweet, then what will the country do when the stakes are higher? He suggested China will likely go much further if it wiggles its way into the country’s telecom system.

“If this is how China is willing to use its leverage over basketball, e-sports, and flag emojis, imagine what could happen if we let Chinese companies’ equipment into America’s #5G networks,” the FCC chairman wrote. He included a hashtag referencing fifth generation mobile service, which tech experts believe will usher in a revolution in telecommunications.

If this is how China is willing to use its leverage over basketball, e-sports, and flag emojis, imagine what could happen if we let Chinese companies’ equipment into America’s #5G networks.

The apologies were too little too late, as it turns out. Security at an Oct. 10 NBA game between the Washington Wizards and Guangzhou Long-Lions swiped pro-Hong Kong signs from several game attendees, a Wizards spokesman said. Rockets gear went missing on Nike’s Chinese website after the tweet.

China’s censorship has moved beyond its borders. Hollywood, for instance, self-censors to continue gaining access to the massive Chinese market. Filmmakers tailor their messaging to please Chinese government censors, according to a U.S. government report from 2015.

Others at the FCC are making similar complaints.

“Exporting censorship and stifling dissent beyond China’s borders seem to be priorities for the communist regime. It’s important to keep that in mind when it comes to the security of #5G networks,” Evan Swarztrauber, a policy adviser to Pai, said in a tweet Wednesday.

Pai and the White House have worked to prevent China from gaining access to the country’s communication network. The FCC announced a proposal in April 2018 to prohibit the use of universal service support on equipment from companies that pose national security threats. The proposal has not yet been certified.

China, which is one of the few countries able to manufacture the tools needed for a 5G build out, outspent the U.S. by $24 billion and built hundreds of thousands of new wireless towers since 2015, according to Deloitte Consulting’s research. The U.S. had built 30,000 during that same time.

None of this appears to have stifled President Donald Trump’s enthusiasm for a fight.

The president is pushing U.S. telecommunications companies to blow past China. “I want 5G, and even 6G, technology in the United States as soon as possible. It is far more powerful, faster, and smarter than the current standard,” Trump told his Twitter followers in February.

FCC has not responded to the Daily Caller News Foundation’s request for comment. 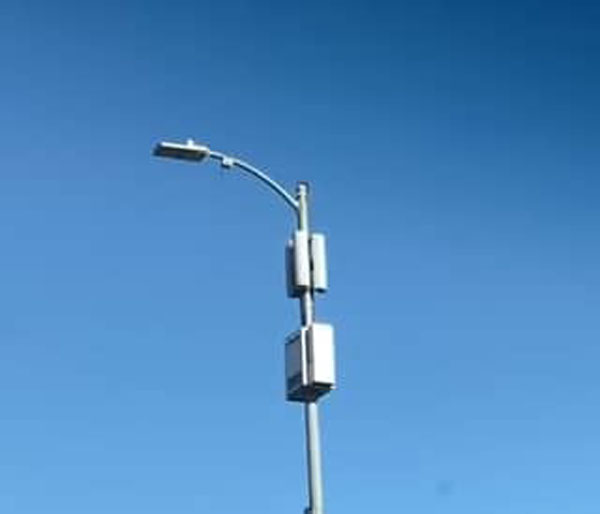