The U.S. Food and Drug Administration is monitoring the medical product supply for potential disruptions caused by the new coronavirus outbreak amid a “chronic shortage” of some supplies.

Medical supplies like masks are already running low in some areas of the country in addition to a shortage globally amid a sharp spike in demand.

Stephen Hahn, commissioner of the Food and Drug Administration (FDA), said officials aren’t waiting for manufacturers of drugs or devices to report shortages. “We are proactively reaching out to manufacturers as part of our vigilant and forward-leaning approach to identifying potential disruptions or shortages,” he said in a statement.

The United States has been in touch with hundreds of manufacturers “to assess and monitor for indications and early warning signs of potential manufacturing discontinuances or interruptions due to the outbreak.” The FDA is also working with global regulators and manufacturers to gauge any supply concerns related to raw materials that originate in China.

Ninety-six percent of pharmacists in the country said they’re selling surgical masks faster than they can restock and nearly 4 out of 10 said they can’t get enough respirator masks, according to a survey last week from the National Community Pharmacists Association. Many reported shortages of hand sanitizers, surface sanitizers, and gloves.

“Patients are on edge and they’re preparing,” Brian Caswell, president of the association, said in a statement.

The Centers for Disease Control and Prevention said this week that some partners were alerting agency officials to higher than usual demand for face masks and N-95 respirators. The agency doesn’t recommend people wear masks unless they are around known cases or they have the virus, or are under investigation for possibly having the virus and are around other people.

The federal agency is in regular contact with healthcare industry partners, manufacturers, and distributors about the supply of personal protective equipment such as masks and gloves, Dr. Nancy Messonnier, a top official at the agency, told reporters in a phone call on Tuesday.

“We’re sending testing kits, mask, gloves, respirators, and gowns to countries in every region. However the world is facing a chronic shortage of personal protective equipment,” he said, adding that demand for the equipment is 100 times higher than normal, causing prices to rise to 20 times the normal costs.

“At every stage of the supply chain there is a possibility for disruption or profiteering or diversion,” added Dr. Mike Ryan, head of the WHO’s emergencies program. “So this is not an easy problem to solve. There are many players, both in the public and private sector.”

Ryan warned that medical workers are at risk of not having the supplies they need to treat confirmed and suspected cases of the virus. 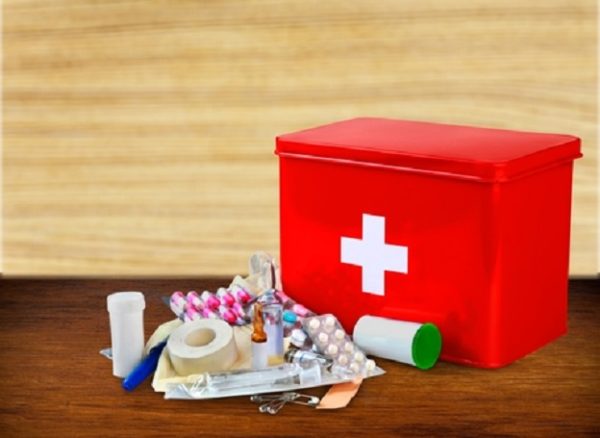 Do you really want to buy pharmaceuticals from china when they altered pet food to increase the protein count to meet that standard and caused the death of our pets with a deadly toxic element?

If the chinese are as corrupt that they would do that, and show little openness to the legitimate questions of the cause and source of coronavirus, why would we trust them with medications made in their country?