Fear of (everybody else) flying

Just over a year ago, newly elected U.S. Rep. Alexandria Ocasio-Cortez (D-NY) and U.S. Sen. Edward Markey (D-MA) shocked the world by proposing a Green New Deal. One of its more controversial provisions was a proposal to build high-speed rail at a scale that would make air travel unnecessary.

In 2013, Elizabeth Rosenthal told New York Times readers that air travel is the “most serious environmental sin” for many Americans. A single round-trip flight from New York to Europe or San Francisco adds 2 or 3 tons of carbon dioxide per passenger to the atmosphere, she claimed. Air travel emissions are rising, because the volume of air travel is increasing much faster than gains in flight fuel efficiency. 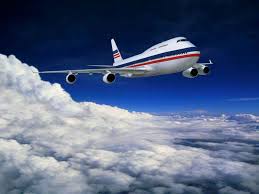 The website Green Choices calls air travel “one of the most greenhouse-gas-rich forms of transport in existence,” and laments that the lack of fuel taxes on aviation fuel is a subsidy that makes air travel “surprisingly” (and unacceptably) cheap. In addition to carbon dioxide, air travel generates nitrogen oxides and water vapor that also contribute to the greenhouse effect. In the view of allegedly Green Choices, aviation industry growth is incompatible with efforts to combat climate change.

The European Union brought aviation into its emission trading system in 2012. However, protests from China, the USA and other countries confined that program to intra-EU flights through 2024. Transport & Environment, which bills itself as “Europe’s leading clean transport campaign group,” claims the aviation sector has a climate impact that “continues to spiral out of control,” with “no sign of abating.”

Over in the United Kingdom, which just left the European Union and supposedly left EU climate doctrines behind, decades-old plans to build a third runway at London’s busy Heathrow Airport ran into yet another roadblock, as the UK’s Court of Appeal ruled that the runway proposal was “illegal” because it did not take into consideration the government’s own climate change commitments.

London Mayor Sadiq Khan and his environmentalist allies cheered the decision, which Heathrow Airport Holdings (but not the British government) promises to appeal to the country’s Supreme Court. Khan has long condemned the third runway plans, calling them “the wrong decision for London and the whole of Britain,” and claiming its construction and the increased number of flights it would allow would be “devastating for air quality across London.”

The much-needed runway would increase airport capacity from 85.5 million passengers a year to 130 million and increase annual total flights from 474,000 to 740,000. It would result in up to $228 billion in economic growth across the United Kingdom and create up to 180,000 new jobs nationwide – all at a cost estimated at under $20 billion.

Even if Heathrow ultimately wins the right to build its third runway, the delays brought about largely by Britain signing the Paris climate agreement will surely raise the price of construction, hugely inconvenience travelers, and postpone much needed revenues from landing fees and commerce.

The Confederation of British Industry in June 2018 had lauded the decision by then-Prime Minister Theresa May and her full cabinet to approve the airport expansion. But current Prime Minister Boris Johnson does not favor it. CBI Deputy Director-General Josh Hardie has said, “Our aviation capacity is set to run out as early as 2025, so it’s crucial we get spades in the ground as soon as possible.”

Those who hope we can replace jet engines with “clean” energy will be sad to learn that, while there are solar airplanes, they are slow (maximum speed 100 kilometers or 65 miles per hour), unable to carry passengers, and dependent on good weather. They also provide very narrow margins of error for pilots.

As Dan Reed explained in a 2019 Forbes op-ed, applying the Green New Deal just to air travel would devastate the U.S. economy, while addressing only the 3.5% of greenhouse gas emissions attributable to air travel. Severe cutbacks in air travel would eliminate many of the nation’s 700,000-plus airline jobs (average 2016 salary $86,000), and severely impact industry vendors, airports, cargo hauling companies, hotels, other travel-related companies, and all who rely on goods and services – including I would add flu and COVID test kits, cures and vaccinations for every corner of America and the world.

Such an action by the United States would also threaten U.S. dominance in aircraft manufacturing, advanced aviation and aerospace technology, as well as aircraft design and production, Reed noted.

Meanwhile, UN climate conferences involve thousands of activists, bureaucrats, politicians and reporters, who fly to distant places, stay at 5-star hotels and eat lavishly, while hectoring us average citizens about our travel and emissions, and devising new agreements to rule humanity with an iron fist. (Why do so many have to attend these gabfests, and why can’t they conduct these meetings via videoconference?)

Meanwhile, Prince Charles and his entourage of family, servants and security staff tour the realm and planet by private jetliner, to warn us that climate change and lost biodiversity are “the greatest threats” humanity ever faced. Former President Obama and his family and entourage still enjoy Hawaiian vacations.

Al Gore and Leo DiCaprio are (in)famous for using private jets, SUVs and limousines to get to climate events, where they lecture us lesser mortals on what we must do to protect Planet Earth from catastrophic warming caused by (other) humans (than themselves). Ultra-billionaire Mike Bloomberg tries to justify his use of private jets and helicopters by explaining that they are essential if he is to continue his global quest to eliminate fossil fuels (and fossil fuel jobs) and end the supposed climate crisis.

None of them have any intention of ending their private travel extravagances. They just think we should end our modest and occasional use of commercial travel. They’re not afraid of flying. They’re afraid of everyone else flying. Or more accurately, they don’t think the rest of us deserve the opportunity, joy or necessity of flying for vacation, business or any other matter. They are privileged. We are not.

Instead of airplanes flying overhead through the atmosphere – and landing at airports near urban centers large and small – they want hundreds of new rail lines, with thousands of miles of track slicing through forests, grasslands, farmlands and backyards, put there largely through powers of eminent domain, however much locals might object. (The trains would be electric, of course, powered by “clean, green,” intermittent, unreliable wind and solar power, and requiring vastly more mining, wind turbines, solar panels, batteries and child labor.) The impacts on property rights and biodiversity would be significant.

Meanwhile, in 2018 China announced plans to build 216 new airports by 2035, almost doubling the number of airports in that country today, to meet “the growing demands for air travel.” China had 552 million air passengers in 2017 and wants to connect its far-flung cities and people more quickly and efficiently. COVID-19 may have delayed those plans, but it will be fixed and will not “derail” the plans.

India has launched a truly ambitious plan to build 100 new airports by 2024, to spur economic growth. The plan will also double the domestic aircraft fleet and upgrade existing runways, many of which date to World War II. Just four years ago, only 75 of India’s 450 runways were operational.

These are important issues. But will air travel bans and a Green New Deal benefit people and planet?

As my CFACT colleague Paul Driessen has pointed out (here, here and here) the GND would require mining on massive, unprecedented scales. It would blanket hundreds of millions of acres of cropland, scenic areas and wildlife habitats with wind turbines and solar panels. The impacts on wildlife, biodiversity, living standards and human rights would be monumental and catastrophic.

For the USA to shutter its airline industry is highly unlikely. However, 67 Members of Congress cosponsored the Green New Deal plan, including Senator Bernie Sanders (I-VT). Sanders later introduced his own (slightly scaled-down) GND to transform America – away from modernity and prosperity and back to the pre-reliable-electricity “good old days” when living standards were a fraction of today’s.

Meanwhile, climate and extreme weather patterns will continue doing what they always have: change. In fact, the worst of all possible outcomes would be a cooler planet, with less atmospheric carbon dioxide, combined with organic and subsistence farming. Biodiversity loss and starvation would be rampant.