A federal appeals court ruled on Friday that migrants can’t be sent to Mexico to await their asylum decisions, dealing a major blow to President Donald Trump’s immigration agenda.

In a 2-1 decision on Friday, the Ninth Circuit upheld a lower court’s ruling that the Immigration and Nationality Act forbids the government from sending asylum seekers over the U.S.-Mexico border.

The decision showcased a partisan divide among the court’s members, with the two Clinton-appointed judges — Richard Paez and William Fletcher — voting to uphold the injunction, while Judge Ferdinand Fernandez — a George H. W. Bush appointee — dissented to the ruling.

The decision serves a major setback for Trump’s border enforcement agenda. The “Remain in Mexico” program has been highlighted by the administration as the single most consequential immigration initiative, helping restore order in a region that was once deemed under a humanitarian crisis. 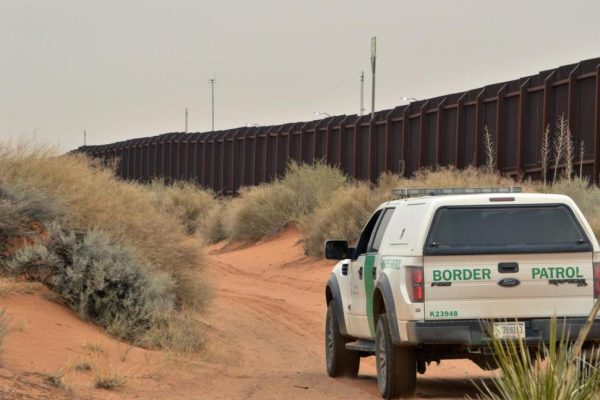 Launched in January 2019, Migrant Protection Protocols requires non-Mexican nationals who lodge asylum claims with the U.S. government to wait in Mexico until an immigration judge adjudicates their claims. This initiative is intended to weed out fraud, with the idea that those filing frivolous claims are not going to wait months on end at the border before hearing a decision.

Since its inception, the “Remain in Mexico” program has expanded across most parts of the southern border and begun to include other non-Spanish speakers, sending tens of thousands of asylum seekers back to Mexico to await a decision by the U.S. immigration court system. (RELATED: 11 Migrants Have Qualified For Asylum Under Remain In Mexico Program: Report)

Customs and Border Protection (CBP) has seen a substantial fall in migrant apprehensions at the southern border, with CBP officials crediting the administration’s enforcement policies.

In May 2019, at the height of the immigration crisis, CBP officials conducted more than 144,000 enforcement actions. Since that time, enforcement actions have declined for eight straight months, with a low of roughly 36,600 apprehensions and inadmissables for the month of January.

The “Remain in Mexico” program, administration leaders have long argued, has given relief to U.S. immigration officials. However, many immigration-rights activists and other opponents argue it erodes migrants’ due process and places them in dangerous communities in Mexico.

“Today’s decision out of the Ninth Circuit once again highlights the consequences and impropriety of nationwide injunctions. The Trump Administration has acted faithfully to implement a statutory authority provided by Congress over two decades ago and signed into law by President Clinton,” a spokesman for the Department of Justice said in a Friday statement.

“The Ninth Circuit’s decision not only ignores the Constitutional authority of Congress and the Administration for a policy in effect for over a year, but also extends relief beyond the parties before the Court,” the spokesperson continued.