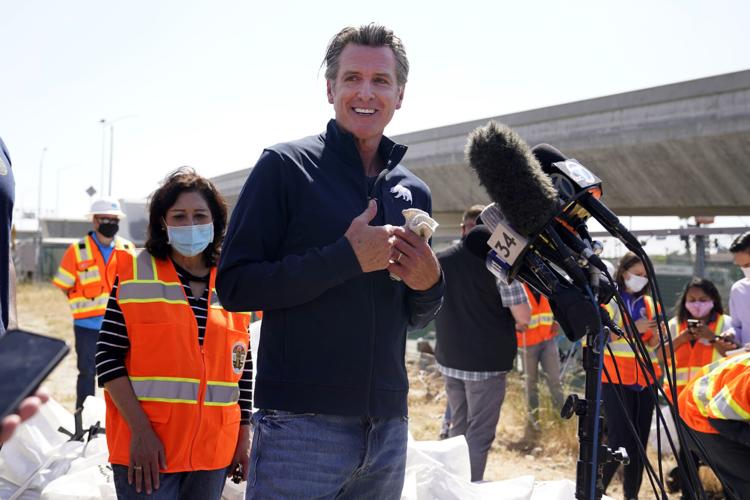 (The Center Square) – A federal judge for the Central District of California rejected a request to either scrap Gov. Gavin Newsom’s recall or allow his name to be added to the second question on the ballot about who should replace the governor.

“There is nothing unconstitutional about placing in one ballot a vote for or against the recall of the Governor and then a vote for a replacement candidate,” Fitzgerald wrote Friday.

California’s recall process comes in ballot form with two questions: should the current governor be recalled, thus expelled from office, and who should replace them. If a simple majority of those voting choose to recall, the new governor would be whoever receives the most votes on the second question.

The lawsuit, filed by two California voters not affiliated with Newsom or his campaign, argued the process could result in Newsom being replaced by someone who garners a relatively small amount of votes when the governor likely would trounce the winner in a head-to-head election. One of the plaintiffs contended he would vote “no” on the first question and then voted for Newsom should he have had his name as an option on the ballot.

Fitzgerald wrote that the plaintiffs not only failed to prove the recall violated their voting rights but also brought the challenge after ballots had been mailed out and partially returned.

“Plaintiff’s federal constitutional rights simply are not violated; therefore, there is no chance that Plaintiff could prevail on the merits,” Fitzgerald wrote. “Plaintiff has established no equitable factor favoring a preliminary injunction. In particular, the delay in filing this lawsuit means that Plaintiff seeks to halt an election that, in fact, has already begun, which is a strong indicator that equitable factors are not present here.”

Newsom is a Democrat whose main opponent has proved to be party apathy rather than one of the 46 people on the second question of the ballot. By comparison, the 2003 recall election saw Gray Davis replaced by Arnold Schwarzenegger from a field of 135 candidates.

Polling has found an enthusiasm gap between Democrats and Republicans that has Newsom’s campaign worried it may close the state’s nearly 2-to-1 registered voter ratio between the two parties.

democrats will cheat anyway no big deal from this judge. on election night dems will ‘find’ enough NO votes to clinch it. probably from LA county where they have mastered the art of manipulation.

Socialists, oops, Democrats, corruption and cheating go together like ham and eggs with toast.

Michael A...
Reply to  @RealJesse

What screams “brainless sheep” MORE than a state with 46.5% registered Democrats and STILL enough supported a Recall election of an elected Democrat governor? Huh? Brainless IS as Brainless DOES.

@RealJesse
Reply to  Michael A...