“We spent our time out West connecting directly with state and tribal leaders who were ready to have tough conversations about what their communities are going through in the face of climate change,” said Administrator Criswell. “Wildfires are a central part of the larger climate crisis our country is facing, and we can’t shy away from the work that must be done to mitigate future risk.”

The 2021 wildfire season has already burned nearly 3.4 million acres across 13 states in the U.S. and FEMA has approved 19 Fire Management Assistance Grants in support of state wildfire fighting efforts.

“Wildfires aren’t seasonal anymore; they are a year-round threat,” said Administrator Criswell. “FEMA’s investment in reducing the impact of climate change isn’t seasonal either, it’s the biggest thing we are doing right now and we’re doing it every day.”

On Tuesday, July 20 Administrator Criswell traveled to Idaho where she visited the Idaho Office of Emergency Management to meet with Director Brad Richy and the National Interagency Fire Center. While at the center, she was briefed by the National Multi-Agency Coordination Group on wildfire threats around the country. The center recently raised the National Wildland Fire Preparedness level to Level 5 (highest level), which is the earliest the level has been reached in the past 10 years. 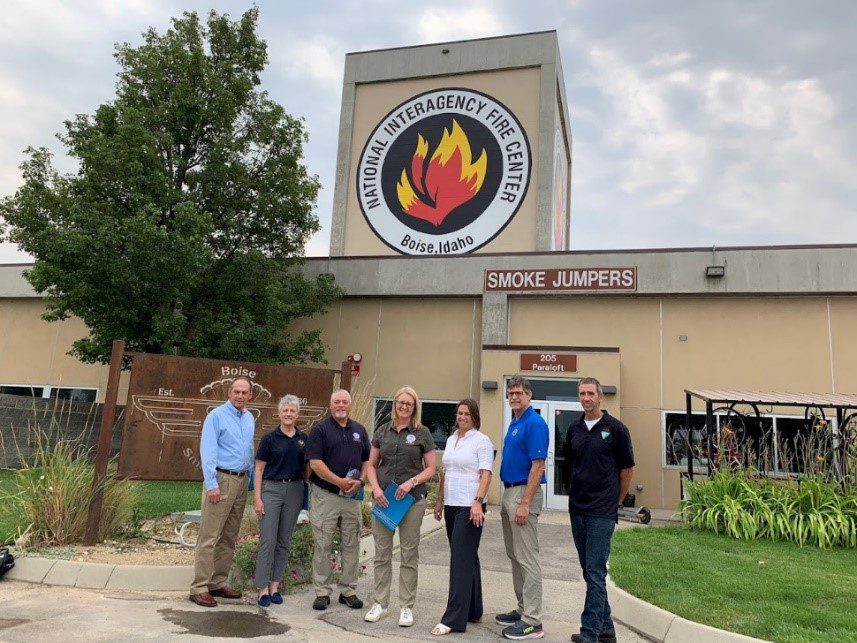 On Wednesday, July 21 Administrator Criswell traveled to Oregon, where she was hosted by the Confederated Tribes of Grand Ronde Chairwoman Cheryle A. Kennedy along with other tribal leaders and emergency managers from five Oregon tribes for a discussion on wildfire priorities and challenges. The Administrator also visited Oregon for a meeting with Gov. Kate Brown and Oregon’s Emergency Management Director, Andrew Phelps. The Administrator was provided with an update on Oregon’s active response to the Bootleg fire as well as possible mitigation strategies to combat future heat emergencies.

The Administrator met and thanked the FEMA staff working in Salem and was accompanied by the Region 10 acting Regional Administrator Vincent Maykovich. 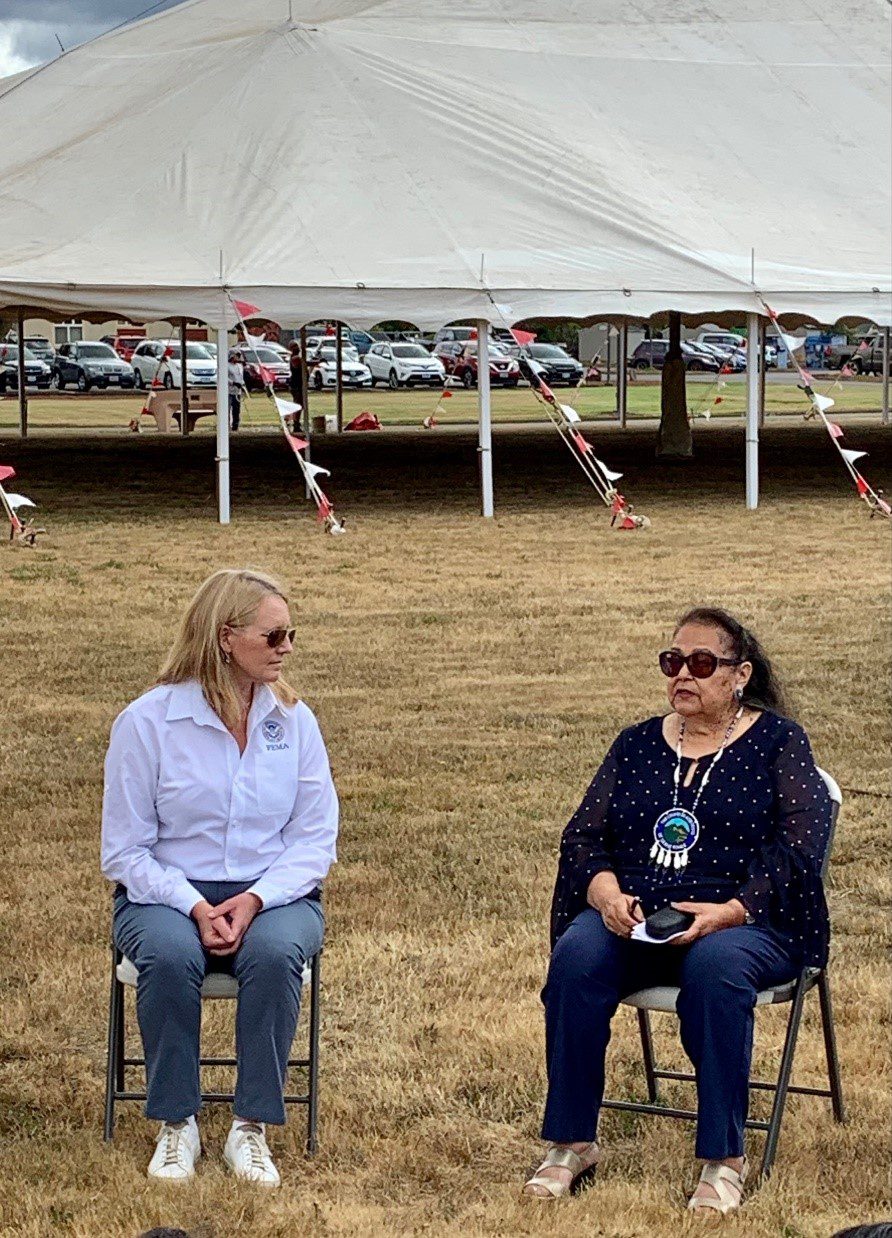 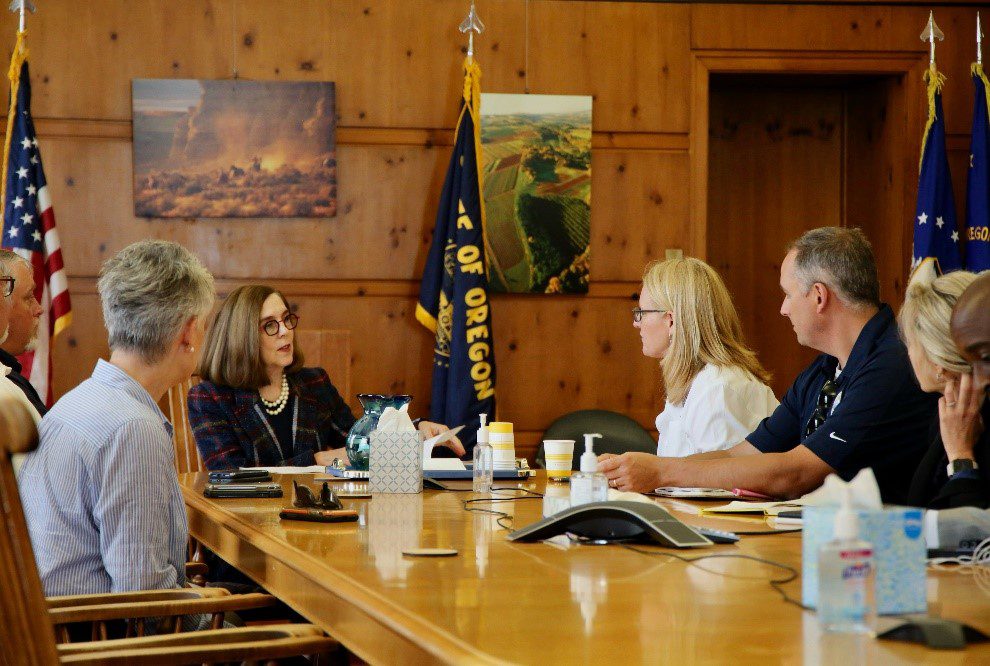 On Thursday, July 22 Administrator Criswell traveled to California where she was hosted by California Gov. Gavin Newsom, California Office of Emergency Services (CalOES) Director Mark Ghilarducci, and California Department of Forestry and Fire Prevention Director Thom Porter and leadership for briefings and tours of areas affected by wildfires and the ongoing drought. California leaders briefed the Administrator on their forest and vegetation management and mitigation actions, and the group. The group surveyed Folsom Lake, which is currently at 26% capacity. While at Folsom Lake, the Administrator was briefed on drought conditions, cascading impacts and the state’s current response actions. CalOES hosted a wrap-up discussion at their headquarters, focused on recovery and mitigation, and the partnerships, challenges, actions and projects the state is currently focused on. FEMA Region 9 Administrator Robert Fenton joined Administrator Criswell throughout her trip to make introductions to federal, state and tribal officials and help facilitate discussions. 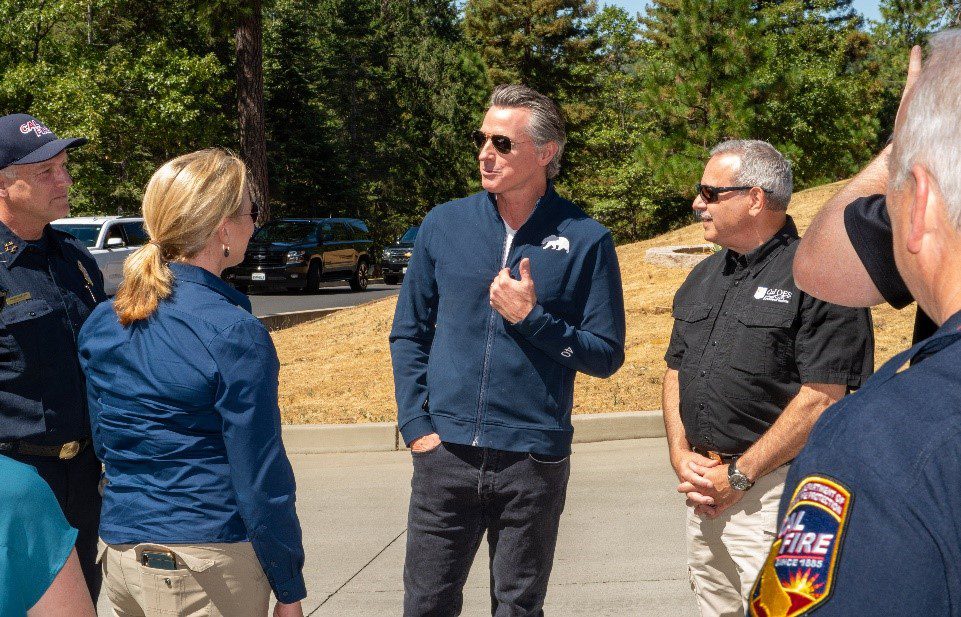