Fire breaks out on South Mountain in Fillmore

A fire broke out at approximately 11:54 AM Sunday morning July 14th on South Mountain between Santa Paula and Fillmore.  It initially involved a 1/4 of an acre but at 2:21 PM spread to 120 acres.  It has been named the #SouthFire. Four bulldozers have been called out to cut breaks and tankers from Porterville, Los Angels and Santa Maria are en-route and will join three air support, two tankers and a plane from the Ventura County Department, Tankers 72 and 73 along with lead plane Bravo 71.

We will be updating when new information becomes available. 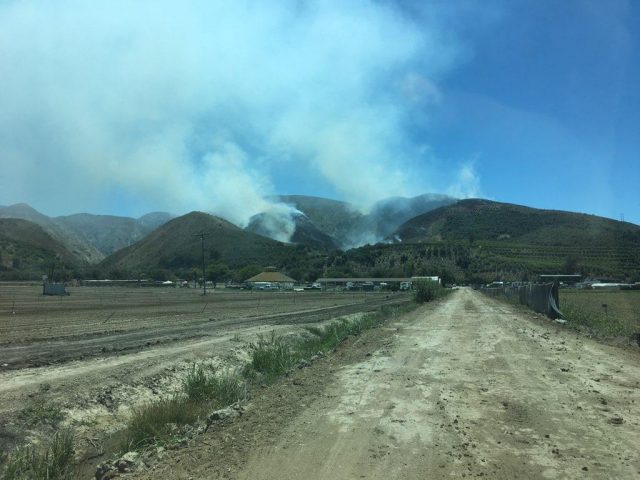 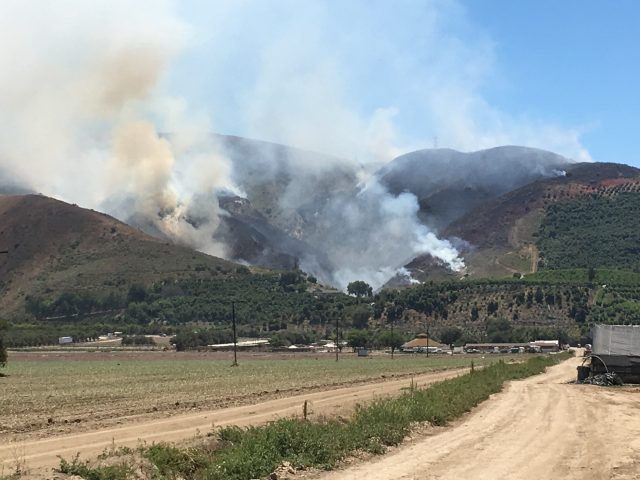 UPDATE: The spread of the fire has been stopped:

#SouthFire: Spread of the fire has been stopped.

UPDATE: 3 Firefighter were taken to the hospital as of 5:19

#SouthFire: 3 firefighters have been transported to the hospital. One with a ankle injury and two with dehydration. All are in stable condition.