One important role of a political Party is to register voters—and to assure the voting is done accurately and honestly.  On both counts, expect for periodic finger shaking press releases the California Republican Party is dead.  In fact the General Counsel for the California Republican Party, Ashlee Titus, has decided there is no vote fraud or corruption in the 2020 California election.  So, the work of Election Integrity Project CA and Fix California is a waste of time.

“Grenell says his team at Fix California is prepared to sue 26 counties – “Clean up the voter rolls or we’ll take you to court,” Grenell said.

Grenell reports they have been strategically and systematically working to address all three pillars of Fix California: (1) Election Integrity, (2) Voter Registration, (3) Education Reform.

As Grenell explained, “this is not a sexy, quick fix like one hyped-up statewide race. This is a four-year campaign to fix California and to do the long-term reforms that we know we need.”

With the 26 county information requests including Los Angeles County, San Diego, Riverside, Kern, Fresno, Ventura, Placer, Orange, and Sacramento, Fix California is looking for inactive registrations, voter registrations cancelled, registrants not satisfying the citizenship requirements for registration, deceased registrants, individuals who moved out of state, the number of voter applicants providing applications to vote with either a blank affirmation of U.S. Citizenship or an affirmation of non-citizenship for 2016 to date, out-of-state change of address requests.

Maybe CRP Chair could call Linda Paine of Election Integrity Project CA or Ric Grennell of Fix California and get a briefing on the disaster—if she cared about voter registration and honest elections—her silence helps the Democrats. 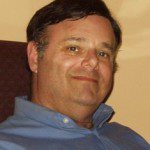 Stephen Frank: Is the the publisher and editor of the California Political News and Views.  Mr. Frank speaks all over California and appears as a guest on several radio shows each week. He has also served as a guest host on radio talk shows and is a full time political consultant. http://capoliticalnews.com/