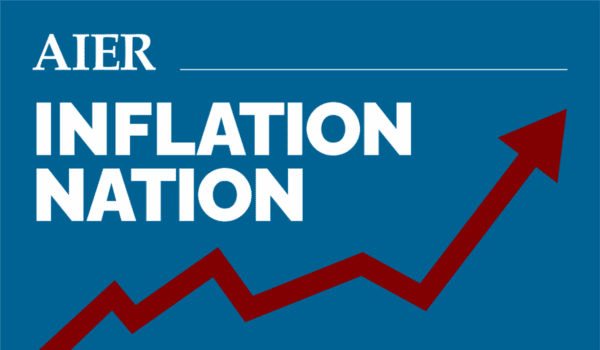 Upward revisions to the inflation projection have become the norm. The FOMC has revised up its projection for inflation every quarter since June 2020.

Fortunately, core inflation has declined considerably in recent months. From October 2022 to November 2022, core PCEPI grew at a continuously compounding annual rate of just 2.2 percent. It grew at an annualized rate of 6.6 percent from July to August; 5.5 percent from August to September; and 3.3 percent from September to October.

Each quarter, FOMC members are asked to project inflation under the assumption that monetary policy is conducted appropriately. Since members also determine how monetary policy is conducted, these projections offer some guidance as to how quickly inflation will fall, that is, if FOMC members do what they say they should do and there are no unexpected shocks to the economy. The median, central tendency, and range of FOMC member projections are reproduced in the tables below.

Each month, Morgan Timmann and I forecast prices under the assumptions that (1) FOMC members set monetary policy consistent with their projections, (2) inflation is constant from month to month across each year, and (3) there are no unforeseen shocks to the economy over the forecast period. Forecasts from projections made since December 2020 are presented alongside the actual PCEPI series in Figure 2.

If recent monthly core inflation rates are a good guide, inflation appears to have peaked. But FOMC member projections suggest that inflation will come down only gradually over the next two to three years and that the price level will remain permanently elevated. Let’s hope Fed officials will not need to revise up their projections for inflation again in March.

William J. Luther is the Director of AIER’s Sound Money Project and an Associate Professor of Economics at Florida Atlantic University. His research focuses primarily on questions of currency acceptance. He has published articles in leading scholarly journals, including Journal of Economic Behavior & Organization, Economic Inquiry, Journal of Institutional Economics, Public Choice, and Quarterly Review of Economics and Finance. His popular writings have appeared in The Economist, Forbes, and U.S. News & World Report. His work has been featured by major media outlets, including NPR, Wall Street Journal, The Guardian, TIME Magazine, National Review, Fox Nation, and VICE News. Luther earned his M.A. and Ph.D. in Economics at George Mason University and his B.A. in Economics at Capital University. He was an AIER Summer Fellowship Program participant in 2010 and 2011.