San Francisco area juries have awarded cancer patients some $80 million each, based on claims that the active ingredient in Roundup weedkiller, caused their cancer – and that Bayer-Monsanto negligently or deliberately failed to warn consumers that the glyphosate it manufactures is carcinogenic. (It’s not.) Judges reduced the original truly outrageous awards of $289 million and even $1 billion per plaintiff!

Meanwhile, ubiquitous ads are still trolling for new clients, saying anyone who ever used Roundup and now has Non-Hodgkin Lymphoma or other cancer could be the next jackpot justice winner. Mass tort plaintiff law firms have lined up 18,500 additional “corporate victims” for glyphosate litigation alone.

Introduced in 1974, glyphosate is licensed in 130 countries. Millions of farmers, homeowners and gardeners have made it the world’s most widely used herbicide – and one of the most intensely studied chemicals in history. Four decades and 3,300 studies by respected agencies and organizations worldwide have concluded that glyphosate is safe and non-carcinogenic, based on assessments of actual risk.

Reviewers include the U.S. Environmental Protection Agency, European Food Safety Authority, European Chemicals Agency, UN Food and Agriculture Organization, Germany’s Institute for Risk Assessment, and Australia’s Pesticides and Veterinary Medicines Authority. Another reviewer, Health Canada, noted that “no pesticide regulatory authority in the world considers glyphosate to be a cancer risk to humans at the levels at which humans are currently exposed.” Therefore no need to warn anyone.

Only the France-based International Agency for Cancer Research (IARC), says otherwise – and it based its conclusions on just eight studies. Even worse, IARC manipulated at least some of these studies to get the results it wanted. Subsequent reviews by epidemiologist Dr. Geoffrey Kabat, National Cancer Institute statistician Dr. Robert Tarone, investigative journalist Kate Kelland, “RiskMonger” Dr. David Zaruk and other investigators have demonstrated that the IARC process was tainted beyond repair.

The IARC results should never have been allowed in court. But the judges in the first three cases let the tort lawyers bombard the jury with IARC cancer claims, and went even further. In the Hardeman case, Judge Vincent Chhabria blocked the introduction of EPA analyses that concluded “glyphosate is not likely to be carcinogenic in humans,” based on its careful review of many of the studies just mentioned.

He said he wanted “to avoid wasting time or misleading the jury, because the primary inquiry is what the scientific studies show, not what the EPA concluded they show.” However, IARC didn’t do any original studies either. It just concluded that glyphosate is “probably carcinogenic,” meaning studies it reviewed found limited evidence of carcinogenicity in humans, plus sufficient evidence of carcinogenicity in lab animals that had been exposed to very high doses or lower doses for prolonged periods of time. In other words, under conditions that no animal or human would ever be exposed to in the real world.

It is also instructive to look at the three San Francisco area courtroom proceedings from another angle – an additional line of questioning that would have put glyphosate and Roundup in a very different light, and might have changed the outcome of these trials. Defense attorneys could have asked:

Can you describe your family cancer history … your eating, exercise and sleeping habits … how much you eat high-fat foods … how often you eat fruits and vegetables … and your other lifestyle choices that doctors and other experts now know play significant roles in whether or not people get cancer?

How many times in your life [Johnson is 47 years old; Hardeman 70; Alva Pilliod 77; Alberta Pilliod 75] do you estimate you were exposed to substances on IARC’s list of Group 1 definite human carcinogens – including sunlight, acetaldehyde in alcoholic beverages, aflatoxin in peanuts, asbestos, cadmium in batteries, lindane … or any of the 125 other substances and activities in Group 1? Have you ever smoked? How often have you been exposed to secondhand smoke? How often have you eaten bacon, sausage or other processed meats – which are also in Group 1?

How many times have you been exposed to any of IARC’s Group 2A probable human carcinogens – not just glyphosate … but also anabolic steroids, creosote, diazinon, dieldrin, malathion, emissions from high-temperature food frying, shift work … or any of the 75 other substances and activities in Group 2A? How often have you consumed beef or very hot beverages – likewise in Group 2A?

How many times have you been exposed to any of IARC’s Group 2B possible human carcinogens – including bracken ferns, chlordane, diesel fuel, fumonisin, inorganic lead, low frequency magnetic fields, malathion, parathion, titanium oxide in white paint, pickled vegetables, caffeic acid in coffee, tea, apples, broccoli, kale, and other fruits and vegetables … … or any of the 200 other substances and activities in Group 2B?

Pyrethrin pesticides used by organic farmers are powerful neurotoxins that are very toxic to bees, cats and fish – and have been linked by EPA and other experts to leukemia and other cancers and other health problems. How often have you eaten organic foods and perhaps been exposed to pyrethrins?

Large quantities of glyphosate have been manufactured for years in China and other countries. How do you know the glyphosate you were exposed to was manufactured by Bayer, and not one of them?

In view of all these exposures, please explain how you, your doctors, your lawyers and the experts you consulted concluded that none of your family history … none of your lifestyle choices … none of your exposures to dozens or even hundreds of other substances on IARC’s lists of carcinogens … caused or contributed to your cancer – and that your cancer is due solely to your exposure to glyphosate.

Put another way, please explain exactly how you and your experts separated and quantified all these various exposures and lifestyle decisions – and concluded that Roundup from Bayer-Monsanto was the sole reason you got cancer – and all these other factors played no role whatsoever.

News accounts do not reveal whether Bayer-Monsanto lawyers asked these questions – or whether they tried to ask them, but the judges disallowed the questions. In any event, the bottom line is this:

It is bad enough that the IARC studies at the center of these jackpot justice lawsuits are the product of rampant collusion, misconduct and even fraud in the way IARC concluded glyphosate is a “probable human carcinogen.” It is worse that these cancer trials have been driven by plaintiff lawyers’ emotional appeals to jurors’ largely misplaced fears of chemicals and minimal knowledge of chemicals, chemical risks, medicine and cancer – resulting in outrageous awards of $80 million or more.

Worst of all, our Federal District Courts have let misconduct by plaintiff lawyers drive these lawsuits; prevented defense attorneys from effectively countering IARC cancer claims and discussing the agency’s gross misconduct; and barred defense attorneys from presenting the extensive evidence that glyphosate is not carcinogenic to humans. The trials have been textbook cases of kangaroo court justice.

The cases are heading to appeal, ultimately to the U.S. Supreme Court. We can only hope appellate judges will return sanity, fairness and justice to the nation’s litigation process. Otherwise our legal system will be irretrievably corrupted; products, technologies, companies and industries will likely be driven out of existence; and fraud, emotion and anarchy will reign.

Jackpot-justice law firms and their anti-chemical activist allies are already targeting cereals that have “detectable” levels of glyphosate: a few parts per billion or trillion, where 1 ppt is equivalent to 1 second in 32,000 years. Talc and benzene – foundations for numerous consumer products – are already under attack. Advanced technology neonicotinoid pesticides could be next.

It’s all part of a coordinated, well-funded attack on America, free enterprise and technology, using social media, litigation, intimidation and confrontation. Our legislatures and courts need to rein it in. 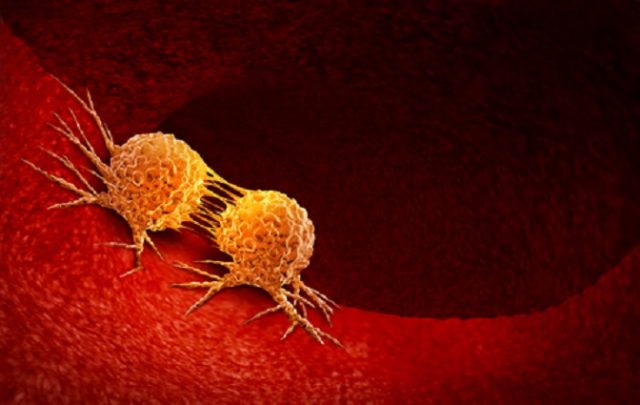 Paul Driessen is senior policy advisor for the Committee For A Constructive Tomorrow (www.CFACT.org) and author of many articles on the environment. He has degrees in geology, ecology and environmental law.

A trial lawyer once told me he wasn’t practicing lawyer, he was a theatrical performance impresario. He was being sardonic but also accurate.