“The commanders on the ground … had reasonable certainty that the target was valid, but after deeper post-strike analysis our conclusion is that innocent civilians were killed…”

On its face, that would appear to be true, but closer review of the Law of Armed Conflict indicates it would have been highly unlikely anyone in the theater of operations would have been able to identify a target on the ground so quickly after the Abbey Gate explosion, except the Taliban.

Principle of Distinction When the drone attack success was announced on 29 August 2021, pictures were released that portrayed the vehicle had been converted to a weapons launcher. This was untrue. It was necessary to state this as it is the only legitimate reason to fire upon a civilian vehicle. Utterances by General McKenzie, Pentagon Spokesperson Kirby and General Milley all affirmed secondary munitions detonation occurred. These further cemented the position those responsible for Abbey Gate were punished. This was also untrue.

Principle of Proportionality Military strikes within civilian zones must weigh a Cost Benefit review of the importance of the military target, against the risk of civilian casualties. After action admissions by all who now express extreme regret, clearly establish they did not have US eyes on a military target. If they had, they would have named the targets that were killed post attack. They did not. Only vague generalities, which do not comply with LOAC

Principle of Military Necessity In the aftermath of the Abbey Gate massacre, President Biden’s words were “We will not forgive. We will not forget. We will hunt you down and make you pay,” in remarks from the White House on Thursday after the explosion. These words put extreme pressure on the military assets still in the Kabul region to find those responsible for the death of hundreds, including 13 US service members. After the drone attack that supposedly took ISIS-K leaders off the field of combat, there was a shift of focus away from the Abbey Gate explosion investigation.

Principle of Unnecessary Suffering Clearly, attacking citizens with inaccurate local intelligence for targeting falls within this principle. During his calm admission of the mistake that resulted in horrific civilian loss, McKenzie stated “the United States is considering making reparation payments to the family of the victims”.

General McKenzie has put the cart before the horse. Reparation payments most likely will be paid to civilians on the ground in Kabul, but a finding of facts concerning who committed the crimes associated with civilian loss must occur first. Without a finding of facts and court martial decisions concerning our forces in Kabul at the time the drone strike occurred, any monies to the families of the victims are not reparations. It’s just a payoff. Blood money

A great background article from 2018 on a website Just Security is a very informative read, and demonstrates the peril of combatant operations once intelligence sources have deteriorated. 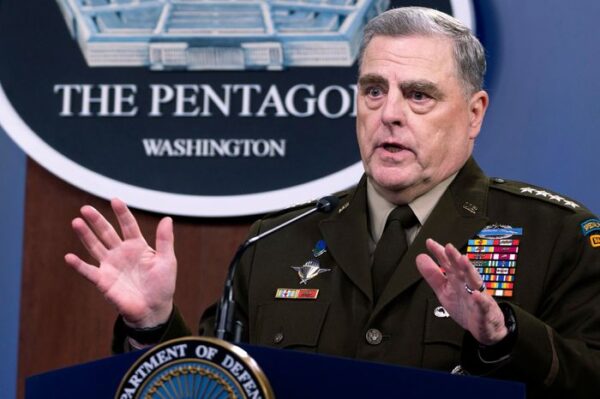 In closing, Army Gen. Mark Milley, chairman of the Joint Chiefs of Staff, said on September 1, 2021 during a Pentagon press conference that it’s “possible” the United States will seek to coordinate with the Taliban on counterterrorism strikes in Afghanistan against Islamic State militants or others. As the Press didn’t know the drone attack at that time had only killed civilians, and the elder of the family killed in the strike worked for a US contractor, nobody thought to ask if the Taliban had already assisted in intelligence gathering for our forces. If our Military does rely on Taliban Intelligence, labeling the Taliban as a friendly force, or cooperative will not save US service members from prosecution for war crimes, should they act on Taliban intelligence to execute mission requirements in the region.