Join us at the Museum of Ventura County for the…
Going Wild Opening Reception
on Saturday, August 27th from 3-5pm

Through prose and painting, we invite you to expand your relationship with nature through new perspectives. On-site and virtually. 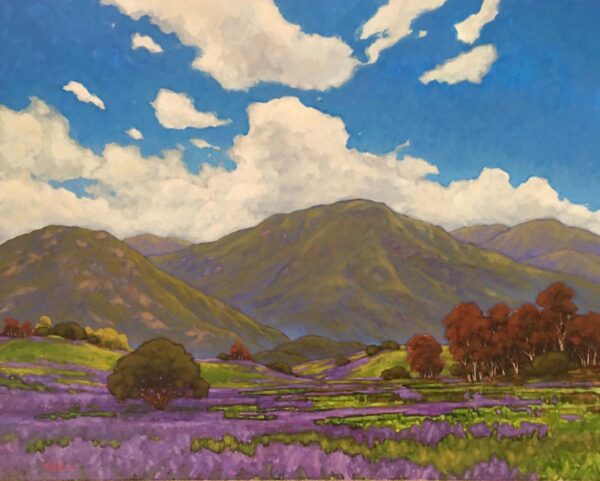 This exhibit features 24 works by California plein air artist Jeff Sojka, inspired by passages from the novel “Tree” by Melina Semlill Watts. “Tree” explores 229 years through the point of view of a California oak.
The exhibit will be open to the public August 27th to October 2nd.
From childhood in Topanga, California, Melina Sempill Watts interconnected with the outdoors. After UCLA, (B.A., History,) Watts worked in Hollywood for Peter Horton, Ed Zwick, Kathleen Kennedy and Dreamworks before moving into conservation. Published in Sierra Magazine, Earth Island Journal and the New York Times, “Tree” is her first novel.
Jeff Sojka grew up in the Bay Area, sailing, hiking and painting. Earning an art scholarship after high school, Sojka toured the great museums of Europe, studying and painting. After attending UCSB and then SDSU, he joined an ad agency. He left advertising to paint iconic California landscapes that glow with an internal luminosity.