Well it’s true, and if only we could live life in reverse we would all be extremely wealthy and have avoided all major mistakes.  Alas it’s not possible, but it is possible to look back at a recent terrible mistake that the voters of Northern LA County made.

That mistake of course was  Katie Hill.

Katie Hill was such an epic and stupendous mistake and disaster, even Democrat voters now all fully acknowledge this.

The verdict that Katie Hill was a complete and epic disaster is unanimous to everyone.

Katie HIll was a rising star of the Democrat party, with MIllions of dollars poured into her coffers by Democrat party elites from across the nation,  and they lost it all.

It was all a lie, and she was a lie, and anyone that voted for her knowingly or unknowingly bought into the lies.

Speaking of lies, since we all have a bit of time on our hands thanks to the China virus, I encourage everyone to watch what I call the Katie Hill epic lies, documentary by HBO VICE. 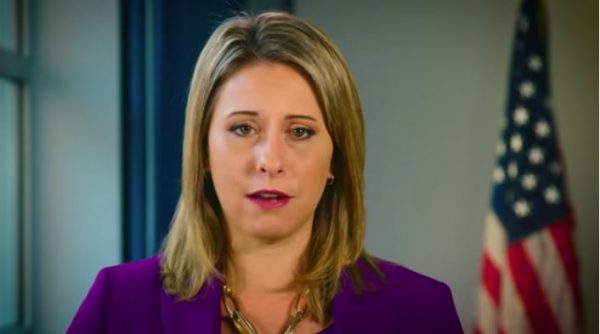 During Hill’s run during the primary, and the General election, HBO VICE published an epic,  reality TV style promotional docudrama about her, catering the show towards Millennial voters.    Of course they portrayed Katie as the wonderful, amazing, upcoming Millennial super star.

But now with 20/20 vision everyone can see  the lies, and also see the truth.

In the four part series, you see Katie Hill’s personal desk shared by her closest employees / lovers.  Morgan Des Jardins and Graham Kelly, always following her, and always close by her side.

The lies are there for everyone to see:  the close and devoted husband / wife unit,  the many loving embraces by the now divorced couple. Contrast that to the “abusive husband” charade Hill made infront the entire nation directly after the ethics investigation was launched when the throuple / sex scandal with her employees emerged.

During the primary, Katie Hill made accusations of corruption and aggression by her  main Democrat opponent (Caforio) in fact now seem to be the opposite, and the recent FBI arrest of a Hill staff member for hacking into and disabling not just one, but  all of her Democrat opponents’ websites strategically before the primary election, show that Katie Hill was always an aggressor, yet she always promotes herself and tries to claim victim status.

Christy Smith (Hill’s appointed replacement) is also featured in episode 2 (11:49 mark) falling for Katie Hill’s lies.  Smith can be seen glowing in her praise for sex crazed Katie Hill, lovingly stating Katie Hill:  “To be the kind of candidate that I not only want to run with, I want to govern with”.  And cozying up with Katie calling her “My good friend”  (Get a room).

How’s this for truth :  “How often I feel like an ass hole”,  Katie HIll in her own words describing herself , in the HBO Vice Documentary.

And there they are running around, portrayed by HBO Vice as our moral betters,  and the dumbed down voters fell for it.

How about the shockingly all White campaign staff and supporters,  was that because Katie only hired the people that she was sexually attracted to?  That explains the Nazi era iron cross tattoo near her private area. So much for the love of diversity that Hill and her crew were always prattling on about

The docudrama ends with Hill’s victory, and everythings going to be great, but of course it didn’t end great, because it was all a LIE!!!

Here is the blessing I see in all of this, and what I see as God’s hand in this.

We got rid of our Republican Representative that was repeatedly insistent on supporting amnesty for illegal aliens,

God gave us a peek into the sordid, degenerate life of the newest progressive upcoming super star, sent to govern us.

Katie Hill did not last one year.

We now have 20/20 vision, Lets not squander the blessing that God gave us, and replace her with a candidate that says: “I want to govern with Katie Hill”.

Eww,  could someone please get out the sanitizer…