Apparently Governor Newsom believes that businesses can reopen on a dime.  Problem is they are running out of dimes as evidenced by what I witnessed today at the Thousand Oaks Mall. I went there on my lunch break, having heard they were given the okay to reopen indoor malls.  A ghost town.  A good percentage of stores will never open their doors again.  Okay, brick and mortar retail was on its last legs. It’s that, it would seem, using the COVID 19 pandemic as cover our less than business friendly governor put a stake in the heart of local commerce. 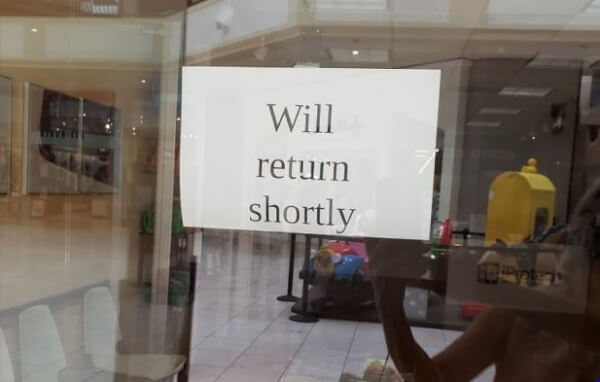 Oh not all of it, right?  The big box stores who had outside access remained open during the latest shutdown affecting the Thousand Oaks mall.  The stores that had direct access to the outside didn’t have to close.   But woe to the little guy located in the mall, the smaller shops and the majority of kiosk stands that are now gone and are never coming back.  Chains have been also affected, smaller in scale and barely able to hang in there to begin with they are kaput along with stores owned by individual proprietors. 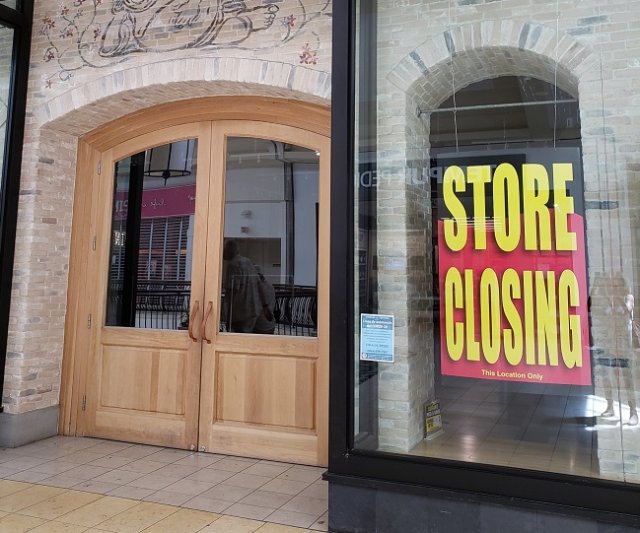 Business needs certainty and all our governor has created is fiscal chaos.  Employees may have gone on to other jobs, or found it easier to live off of unemployment. This happened during the last reopening with the additional $600 per week federal co-payment. Many retailers had a hard time finding staff. That extra money made it more advantageous not to work.  Now some people can’t return to work because they just don’t have childcare with schools still regulated to online classes.  And the teacher unions seem to have made certain with AB 5 that even if parents wanted to band together to do homeschool pods they’d be punished.  Nope, no way, you can’t have part-time tutors working to educate your children unless you hire them as employees.  Tough for some of us working stiffs to do.  Though I’m a granny, my kids are being challenged.

It’s been a mess, one that the powers that be have made all the worse by hiding behind science.

Last week on August 26th news came out from the Center for Disease Control and Prevention that only 6% patients marked as victims of COVID 19 died from that disease alone.  It’s not to say that COVID 19 wasn’t a contributing factor in patient death rates as the mainstream news is now decrying and claiming that that news was just a QAnon, far-right conspiracy.  Yes, indeed, Twitter told me so and is scrubbing any mention of those numbers from the internet.  Twitter removes QAnon conspiracy theory claiming CDC ‘quietly’ updated COVID-19 numbers

It’s just that the majority who succumbed had underlying health issues or were advanced in age, The Gateway Pundit

From the CDC for Ventura County:

Further, there may be a very high percentage of false positives for those who tested for COVID 19.  People may be testing positive but that the viral load they are carrying isn’t even enough to make them sick let alone be contiguous. Your Coronavirus Test Is Positive. Maybe It Shouldn’t Be.

Look I’m just someone who works for a living.  I may not have a degree in medicine or political science or whatever. But I do have common sense.  We are killing off our businesses and letting protesters/rioters run amok. We blame those businesses, restaurants and hair salons for spreading a virus that may not be as deadly as we thought at first nor as contagious. Businesses with owners who busted their wallets to comply to strict reopening parameters can no longer play catch up. And add insult to injury, we may have pinned the last so called surge in COVID 19 numbers on the wrong people.

Enough already!  Where is that petition – give me a pen! Recall Gavin 2020

Susan Evers in a resident of Ventura County

It’s that lack of certainty that kills businesses that are on the verge of collapse. I know of one beauty parlor that opened and closed and now is reopened and no longer takes people in because of the uncertainty. One of the workers has just given up at the place of work and set up a garage beauty parlor and has consistency without the rent of a business.

Then there’s an “outlaw” beauty parlor where people come in by appointment through the backdoor with their lights out and a sign on the front door say “Closed.”