‘Greatest Correction In The History Of Journalism’ 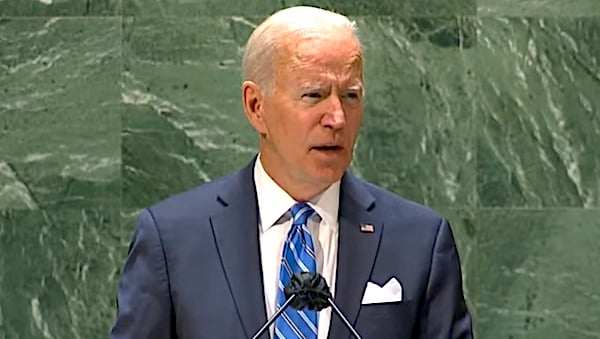 It’s being called the “greatest correction in the history of journalism” and it was made by the Washington Post in its report on a speech by Donald Trump Jr. back in September.

That report had said the crowd “broke into” a chant at the time, and it claimed that the chant was, in fact, “Let’s go Brandon.”

Now few in America and virtually no one on social media is unaware that phrase is a euphemism for the much more graphic “F— Joe Biden” chants that have become common.

The softened version came about through a reporter doing a story on a NASCAR event that featured that slogan. The reporter was interviewing a driver named Brandon, and claims that the crowd was doing the “Let’s go Brandon” comment, when it wasn’t.

But that has been all over now – even on the floor of the U.S. House. It’s met Joe Biden as he travels around the country promoting his agenda, and at many major sporting events.

This is the greatest correction in the history of journalism!

The Post claimed the error was inserted into the story by an editor, but Twitchy pointed out the NASCAR event, which triggered it, didn’t happen until October.

Sen. Ted Cruz, R-Texas, also responded, getting a chuckle out of it.

The original Post piece was about how “Biden’s critics hurl increasingly vulgar taunts,” and incorrectly said the crowd’s message was “Let’s go Brandon.”

Stavast has not commented, so it’s unclear if she knew the actual chant or not.

Biden’s approval rating has plunged in recent weeks and months over a long list of failures, ranging from the southern border and inflation to Afghanistan and COVID. Even Democrats now are abandoning him.

Ironically, a recent report was released unveiling the flood of profane language found in the White House with Biden as president. The New York Post report said Biden is particularly fond of “dropping F-bombs.”

Politico called him a “potty mouth.”