On Sunday, March 8, millions of Americans woke up an hour early, having set their clocks ahead by an hour the night before, and dug in for a week or so of bleary-eyed, irritable attempts to tweak their bodies’ natural sleeping and waking rhythms. This fatuous semi-annual “spring forward, fall back” ritual, called “Daylight Saving Time,” ranks high on my personal list of “dumbest ideas in the history of mankind.”

Why do people put up with Daylight Saving Time and obediently change their clocks twice a year? You may have heard that it has to do with saving energy, or making sure children don’t arrive home from school after dark or have more time to do farm work when they get home, or other such nonsense excuses. 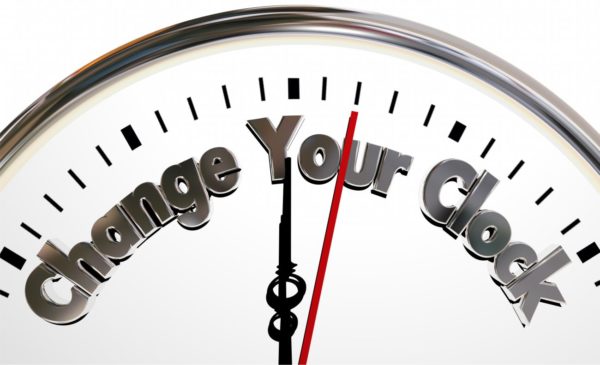 In reality, the practice was first proposed by a George Hudson, a New Zealand postal worker and entomologist who wanted more daylight after his regular job to catch bugs, then later by William Willett, a British builder who hated having his golf games cut short by darkness.

More than a century later, is it fair to say that Willett’s tee times and Hudson’s bug hauls were worth the 30 additional deaths (and associated $275 million in costs) that come with “springing forward” every year (according to a 2017 study in American Economic Journal: Applied Economics)?

Or the billions of dollars in other costs, including, it turns out, increased rather than decreased energy use?

Or, for that matter, the cost of the extra cups of coffee I have to add to my morning intake to jolt myself awake for the first week or two of getting up an hour early?

I don’t think so. But then, I’m grouchy this morning. I wonder why that might be?

Changing our clocks back and forth on command doesn’t magically alter the passage of time. Basing our schedules on  periodic changes to the markings on those clocks, or vice versa, won’t make our day/night-based circadian rhythms go away, or even become less relevant (ask anyone who’s worked “graveyard shift” for an extended period — the body doesn’t easily adjust).

As an alternative to conscripting everyone into these silly back and forth “Saving Time” games, individuals and groups should be left to adjust their own schedules to fit their own needs. Since I don’t collect bugs or play golf, I don’t need to get up an hour earlier in the spring and summer.