Has America Lost its Sense of Humor?

Towards the end of November  it was reported that while appearing on the reality TV program America’s Got Talent, comedian Jay Leno, a guest on the show, remarked  that a painting on the sets wall of Simon Cowell posing with his two dogs resembled items “on the menu at a Korean restaurant,”.

This quip was so disturbing to then series judge Gabriella Union that she complained to the Human Resources Department of NBC of its racist tone along with the offensive nature of a white male Caucasian imitating the singer Beyonce in a comedy skit.  In addition, Ms. Union expressed distain her hair styles on the show catered to white audiences.

These actions make Union’s firing from America’s Got Talent somewhat controversial but not that unprecedented in Hollywood. This dispute underscores the alarming nature of Politically Correct (PC) values in the entertainment field.  It can be found everywhere. Comedians in particular are experiencing more than their fair share of abuse.

I personally did not find Leno’s joke to be over the top.  It reminded me of what Paul Lynde might have said 40 years ago while occupying the middle space in the game show Hollywood Squares.  The quip Union cried foul on was about on the same level as Lynde remarking to the question if a women becomes pregnant while employed, is she now entitled to six weeks maternity leave? Paul Lynde: Only if the baby resembles the boss. 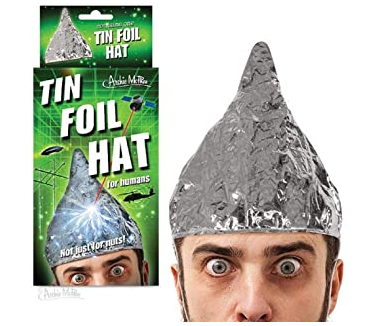 If that does not work we have Lynde being asked “The Rio Grande River separates Texas and Mexico. What does “Rio Grande” mean in Spanish? (Answer) El Washing Machine. In my mind these jokes are silly but hardly offensive.  However, in today’s world of PC values even hinting at racial profiling or offending  #MeToo values is subject to the death penalty, or as it is known, “cancelation”  in Hollywood.

Leno, who to the best of my knowledge has never been accused in his career of holding racist sentiments, is not alone from being a defendant in the court of public opinion.  Rosanne Barr’s popular revival of her previous hit series was abruptly cancelled after she tweeted an overtly racist remark about former Obama adviser Valarie Jarrett.

This contrasts to the trashy comments made by comedian Samantha Bee on the TBS show Full Frontal, for which she called Ivanka Trump a “feckless c? nt.” After making an apology for these tasteless remarks, her has show remained on the air. Rosanne apparently was held to a higher standard by ABC probably because of her notoriety and right wing leanings.

The Disney owned property was not kind to conservative comedian Tim Allen’s popular show Last Man Standing,  Despite  being their second highest rated program,  the network, built on the back of Mickey Mouse, terminated Allen’s sitcom in 2017.  It is widely believed that the conservative nature of Allen’s brand of humor did not harmonize with the networks progressive agenda.

According to the head NBC censor, when it comes to movies to be seen on TV, the networks check for three things: violence, sex, and…what else?

If folks are not satisfied with their experience with traditional TV outlets, where do they go other than premium alternatives such as Amazon, Netflix, Hulu, or Apple?

It certainly is not the print media because they are dying faster than a bunch of insects sprayed with a can of Raid.  Newspapers in particular just aren’t competing very well with competition placed by Google, Twitter, U-Tube, and various web sites that are easily found on the web.

In a way it makes me sad as I grew up reading and working on newspapers.  On the other hand, as an adult it has never been easy for me to get published in that medium other than an occasional appearance in Letters to the Editor. My writing style has never been PC enough. It is lucky that the internet has allowed me to freely express myself in blogs such as the CPN&V and Ventura Citizens Journal.

A good example was a joke written in a recent Thanksgiving satire when I remarked “Even if a bird would be brought to “carving justice”, PETA would be ever present demanding each doomed Turkey receive at least a month of gluten free counseling before facing execution”.

For this seemingly innocent satirical attack on PETA, I received two emails asking for a retraction because Celiac disease, caused by the effect of glutton in ones diet, adversely damages people’s health.

After reviewing these comments it was my decision to shine these critics on and continue to publish non politically correct materials, not worrying about what PC political hacks might think.  In fact I felt lucky that unlike Jay Leno’s joke about the menus at Korean restaurants; at least my humor reached the light of day.

It makes me wonder if those who abide by the morality of the #MeToo-PC crowd ever laugh except when one of the comedians on their approved list makes a disparaging remark about Donald Trump?

Most conservatives don’t think Stephen Colbert, Jimmy Kimmel, Seth Myers, and of course Samantha Bee are very humorous.  Many of us look with nostalgia to the days of Johnny Carson, Rodney Dangerfield, George Carlin, Larry the Cable Guy and Jay Leno

These individuals ridiculed those of all political beliefs with an equal opportunity approach allowing their humor to be enjoyed by a large segment of the population.

Today, our culture is mired in a cultural rut where few comedians can ply their trade without facing leftist criticism.  Only African American comics are spared a degree of scrutiny as they are given a limited hall pass for making fun of themselves and/or white folks.

Unfortunately, my favorites Richard Pryor and Redd Foxx are no longer with us.  Bill Cosby is in jail which leaves us top level comedians Chris Rock, Eddie Murphy, Martin Lawrence, and Dave Chappell to entertain us.

Maybe I am getting old but it seems in general the quality of comedians has declined in recent years.  Hopefully the next generation will allow us to laugh at ourselves a little more while taking our first amendment privileges more seriously.

It is interesting that phoney outrage is a weapon used to silence the first amendment to freedom of speech.