On July 15, 2019 the Viking Aegir docked in Croatia where we visited the Towns of Vukovar and Osijek. Of the latter town one remembers most vividly its Holy Trinity Square. Fortunately, WWII left few marks in this area and, therefore, the fourth largest city in Croatia is unblemished. Having somehow escaped the Stalinistic building influence, it has become a gastronomic and cultural center for Croatia.

Next day we arrived in Moha`cs, Hungary. Hungary, too, is a former Iron Curtain Country, however, apart from other European Union countries it reserved for itself a certain independence, of which one is made aware from the moment of entry at the border. As the only country among the other new EU countries, it requires every person aboard ship to show up and have one’s face checked against one’s passport. Yes, Hungary has borders and a substantial fence against unwanted, illegal immigrants. It’s government violently protested Mrs. Merkel’s governmental attempts to settle it with immigrants from Syria and African countries. Hungary’s president, Victor Orban, is much maligned in the European press, labelled autocratic and dictatorial. However, the Hungarian people seem to relish his style and his forceful defense of their independence. They elected him, together with his party Fidesz, to lead the country from 1998-2001; and again, with a super-majority, in 2010, 2014, and 2018. Orban grew up during the time of the Soviet Union’s garrisoning of Hungary. During these years he became the leader of the Young Democratic student movement that later became his party Fidesz.

Orban well remembered the death of Imre Nagy, who was hung by the Soviets on June 16, 1958 when he tried to keep Hungary independent of the Soviet Union.

(In an aside, I must mention that I, too, remember Nagy’s death well. I spoke about the incident of Hungary’s rising in my High School, mentioning the many young Hungarians who died with Nagy. I stated that our “Soviet Friends” had no need to take such ferocious measures against a friendly nation. For this foolhardy speech I was sent to re-education classes and had to explain in front of my class, how sadly I had mis-understood the entire incident. I was made to “confess” that Imre Nagy was an agent of the capitalist West—an agitator of his people.)

After the Stalin era, Nagy was re-buried in 1989 and Orban, at this event, bravely challenged the Soviets openly to leave Hungary. I hope that this excerpt about Hungary’s president might explain better the mindset of the Hungarian people; a people, sustained by their Catholic faith, their old culture and their fervent belief in freedom and tradition during the Soviet period. These traditions, which are evident in their daily lives, are expressed in charming, elegant ways.

Our afternoon was spent in Kalocsa with a visit into the Puszta, the steppe—the wide-open grass-and wetlands.

We visited one of the oldest Hungarian ranches in Kalocsa; a ranch that survived the strains of Communism. It is an estate that grew rich and beautiful when the people were once again able to use their intelligence and business acumen to prosper. The ranch, besides being a fully working farm, raising a variety of crops, also raises the white/gray beautiful long-horned cattle of Hungary, a breed that almost became extinct. The Nonius horse, a breed of gentle, smart, light horses  selling well in Europe, is also raised on the farm. During the summer months, visitors from all over the world attend shows performed by the Csico’s, the horsemen of the Puszta, who train their horses in the ancient style of the light cavalry. Horses must lie flat on the ground when commanded and endure the pistol shot cracks of the Csiko’s long-whips, whips that never touch them. In this way a small band of fighters can disappear in the tall grass of the Puszta. I love horses and my family owned horses for many years, so we are interested in all things equine. In the past, at circus and other equine events I observed riders stand on a horse’s hindquarters; sometimes even standing split-legged on two horses, while riding at a good clip. Here, to my utter amazement, an older Csikos rode standing split-legged on the hind-quarters of two horses while reigning, on long-line, eight more horses before him. He did this with great bravura to our admiration.

These horse men ride and train in the tradition of the Hungarian light cavalry, the Hussars. Their saddles have no girths, their whip cracks imitate war-like conditions, their deep blue and black clothes are loose and voluminous. The Hussars fought against the Ottoman Empire and were so highly valued that Fredrick the Great incorporated two Hussarian corps in 1721 into the Prussian army, where they were held in an esteemed, elevated position. Officers were not allowed to demean them, or physically discipline them. Their success followed that soon excellent Polish and German cavalry men were also included into the ranks of the Hussars—my grandfather was one of them. They all wore the traditional Hungarian uniforms with plenty of gold braid and epaulettes. Grandfather was in attendance to Kaiser Wilhelm II, who, I was told, sometimes rode to the hunt with the Hussars. 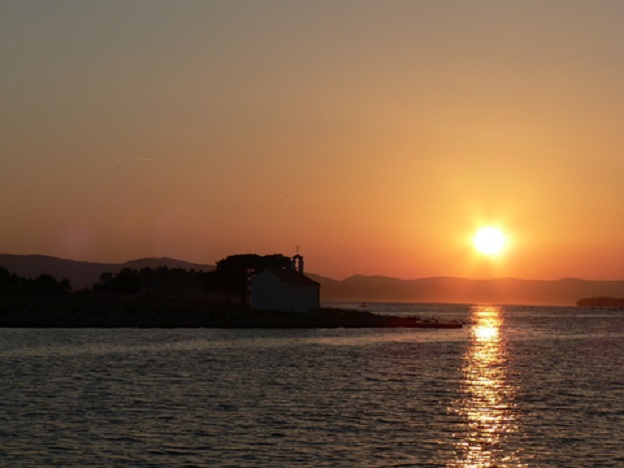 Part One: Historical Context | Observations During a Europa Trip (Part I)

Spotlight | Observations During a Europa Trip (Part II) The Danube