How to Effectively Deconstruct Liberalism 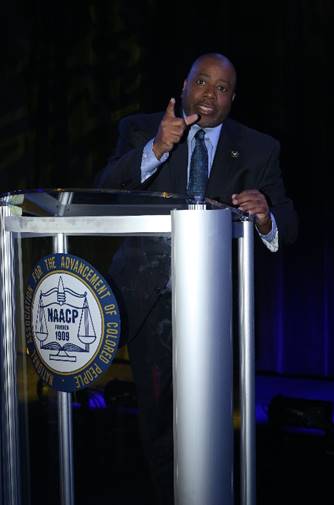 As someone who makes a living by providing strategic and crisis communications to some of the biggest names in sports, business, entertainment, politics, and government; it is very difficult for me to watch people engaging in debates on radio and TV.

People far too often confuse frequency in media with substance in media.

Even though this column will focus on Black Republicans and conservatives, the principles can be applied to anyone and any situation across the board.

I have been actively engaged in media since my high school days and have been trained by or sat at the feet of some of the biggest names in media and communications.

Since the 2016 elections, I have told any and everyone who will listen that race will be the dominant issue of the 2020 election cycle.

The Republican Party and the conservative movement are totally ill prepared and unqualified to properly deal with the issue of race.

I constantly cringe when I see Black Republicans embarrass themselves on radio or TV; which is, unfortunately, the norm rather than the exception.

Most of them have absolutely no training in media or communications; but radical liberal producers constantly book them simply because they know their host will make them look foolish, thus perpetuating the narrative that Black conservatives are buffoons.

Their egos will not allow them to get media training and the party sees no need to do it.

Last week, I was asked to appear on a friend’s TV show.  Cherri Gregg is the host of Philadelphia based Flashpoint.  She is very liberal; but this time, to my surprise, she actually did a great job as moderator. She had me going up against three radical liberals.

I enjoy embarrassing radical liberals by putting them into an intellectual corner and check mating them!!

Listen to the debate and then follow this column as I dissect my appearance.

The first thing you will notice about these radical liberals is that their starting premise is that America is “racist.”  But they never define the term racist or racism.  I had to repeatedly ask them to define their terms before they finally gave me some psycho-babble rumblings that made absolutely no sense.

Rule # 1 in debating, ALWAYS make your opponent define their terms.

Remember what former Republican California U.S. Senator S.I. Hayakawa said in his book Language in Thought and Action: “Meanings are in people, not in words.”

Never ever assume your audience knows what you mean when you use certain words.

If you know anything about radical liberals and liberalism, you should already know their definition of certain words and be prepared to “force” them to defend and justify their own words, thereby exposing the weakness of their arguments.

Radical liberals are not used to being challenged or forced to define their terms of engagement because most media outlets are friendly towards their radical liberal guests.

When they avoid defining their terminology, as they will, you must be persistent in forcing them to explain to the audience what they mean by using certain words.

Notice in my interview how I pressed and pressed the three radical liberals to define racist and racism.  They became so frustrated that they simply strung together radical liberal phrases and talking points that made absolutely no sense.

Melissa, a radical liberal white female, got so emotional during the interview that she actually said, “white people have to amplify the voices of people of color.”  In other words, massa has to come into to the Black community and save us because we are too stupid to save ourselves.  This is truly the essence of liberalism when it comes to Blacks.

Rule # 2 in debating, ALWAYS force your opponents to become emotional, it clouds their judgement.

Now the coup de grace.  As we all know, liberalism is based on irrational thinking, therefore it will produce irrational results.  Charles finally admits that the negative pathologies affecting Baltimore are the fault of their Black elected officials.  But then he goes on to say he didn’t like the “words” President Trump used to describe the conditions in Baltimore.

So, he now concedes to my premise that Baltimore’s condition is the fault of liberal policies, but he just didn’t like the words that were used to describe Baltimore and Elijah Cummings.  This is a tectonic shift from the beginning of the interview!

Rule # 3 in debating, ALWAYS repeat your disarming argument until your opponent unwittingly concedes to your viewpoint.

Charles became so unhinged at the end of the interview, not only did he criticize Baltimore Congressman Elijah Cummings; but he also went on to criticize former President Obama.

Once radical liberals become unhinged and emotional, then their true feelings begin to come out.

I went up against four radical liberals, including the host, and in less than thirty minutes got them to concede on several of my key points.

They all showed they could not give a concise definition of racist and racism.  They were forced to put the blame for the conditions of Baltimore where it belonged—on their Black elected leadership, not President Trump.

So, to the Black conservatives who are enamored by the bright lights of the TV cameras, please get yourself some training so you can stop embarrassing yourself and making my job more difficult.

I know you are turned on by being in the media; but as Solomon told me in Proverbs 4:7: “Wisdom is the principle thing, therefore get wisdom; and with all thy getting, get understanding.”

Mr. Jackson’s book is now available for purchase on his website:  www.raynardjackson.com