Researchers conducted a retrospective analysis of over 2,500 patients hospitalized between March 10 and May 2 in the Henry Ford Health System in Michigan. Over 2,000 of the patients were given hydroxychloroquine or the anti-malarial with azithromycin, an antibiotic.

The study found 13 percent of those who received hydroxychloroquine alone died compared to 26.4 percent who didn’t receive the drug.

Hydroxychloroquine alone decreased the mortality hazard ratio by 66 percent and the anti-malarial with the antibiotic decreased the ratio by 71 percent, researchers said.

The vast majority of patients were given the drug within 48 hours of admission.

“Our analysis shows that using hydroxychloroquine helped saves lives,” neurosurgeon Dr. Steven Kalkanis, senior vice president and chief academic officer of the health system, said in a statement. “As doctors and scientists, we look to the data for insight. And the data here is clear that there was benefit to using the drug as a treatment for sick, hospitalized patients.”

“The findings have been highly analyzed and peer-reviewed,” added Dr. Marcus Zervos, division head of Infectious Disease for Henry Ford, who co-authored the study with epidemiologist Dr. Samia Arshad.

“We attribute our findings that differ from other studies to early treatment, and part of a combination of interventions that were done in supportive care of patients, including careful cardiac monitoring,” Zervos said. “Our dosing also differed from other studies not showing a benefit of the drug. And other studies are either not peer reviewed, have limited numbers of patients, different patient populations or other differences from our patients.”

None of the patients experienced side effects, researchers said, although patients who were monitored for a heart condition were recommended not to take the treatment.

The median age of patients was 64. The group was 51 percent male and 56 percent African-American.

The conclusions came from a peer-reviewed study that was published in the International Journal of Infectious Diseases.

Regardless of what treatment they received, mortality was highest in patients older than 65, patients who identified as Caucasian, patients admitted with reduced oxygen levels, and patients who required care in intensive care units, researchers said.

The results should be interpreted with some caution, Zervos said, and require further confirmation in randomized controlled clinical trials. Hydrxychloroquine should be used outside hospitals, he said.

Hydroxychloroquine and the closely related chloroquine have been closely scrutinized since President Donald Trump touted them earlier this year as potential treatments for COVID-19, a disease caused by the CCP (Chinese Communist Party) virus. The drugs were prescribed for both hospitalized and non-hospitalized patients across the United States after anecdotal accounts suggested some efficacy against COVID-19.

The most circulated study, a retrospective that researchers claimed involved nearly 100,000 patients, was retracted in early June after three of them said they couldn’t verify the figures.

Other studies have suggested hydroxychloroquine is effective. One showed it led to a higher rate of discharge from hospitals when combined with zinc and azithromycin.

Indian researchers said the anti-malarial is an effective prophylactic against the CCP virus.

The Food and Drug Administration ended the emergency use authorization for the the anti-malarials last month.

It is no longer reasonable to believe that hydroxychloroquine and chloroquine may be effective in treating COVID-19, the agency’s chief scientist, Denise Hinton, said.

Some of the trials pointed to side effects, including irregular heart rhythms, the agency warned.

The Association of American Physicians and Surgeons, which supports hydroxychloroquine and compiled a list of studies suggesting it is effective, said the authorization only applied to doses donated to the Strategic National Stockpile. Because hydroxychloroquine was approved decades ago for use against malaria, it can be prescribed off-label by doctors for other ailments. 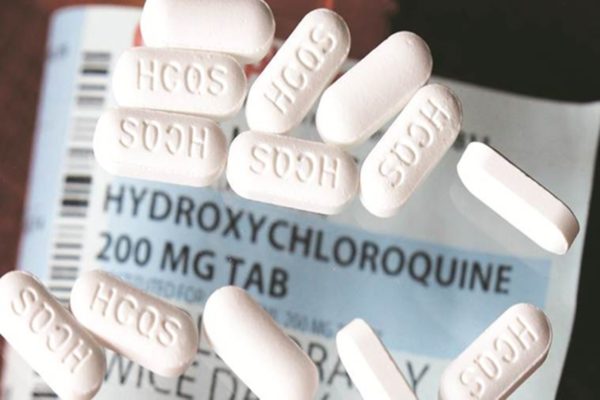 FROM A NON-MEDICAL PERSON:

Could the combination of the malaria medication and the antibiotic be most effective because the final thing that kills the patients affected by the virus is not the virus but a bacteria?