We have all been prepared by the media not to expect a winner to be announced on election night as we have for the last 244 years. Why is that?

Who is changing election laws last minute? Who is demanding all mail in ballots? Who is suing so ballots can be received and counted days or weeks AFTER the election; Suing to count ballots with signatures that don’t match what is on file or have no signatures at all; Legalizing ballot harvesting; Eliminating neighborhood polling places; Giving felons voting rights; Wanting 16 year olds to vote; Wanting  illegal aliens to vote; Wanting to give statehood to Puerto Rico and DC?

Who is, at this minute, paying off felon’s fines and fees so they can vote? Fines are part of a felon’s punishment and should be paid off BY THEM as their debt to society. But I digress. 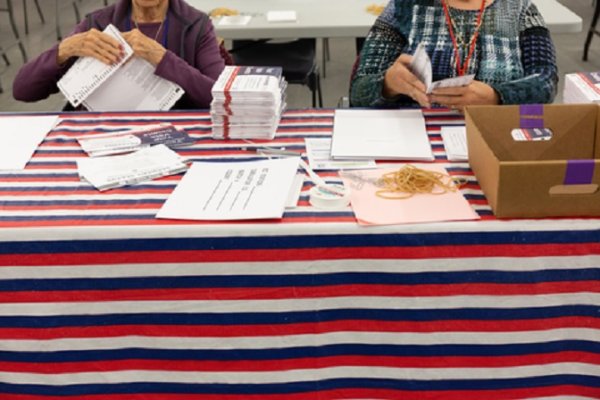 Let’s talk about mail-in ballots. These go out to ALL registered voters. As you undoubtedly know, not ALL registered voters vote, and not all still live at the address on their registration, and some are dead. In California everyone who applies for a drivers license is automatically registered to vote……thousands of illegal aliens were registered to vote. This opens the door for people to fill out those unused ballots and mail them in. Let’s not pretend no one would do this. We’re talking about people who attempted a coup on an incoming President. We’re talking about people screaming and hysterical over his election. People being paid to riot, loot and burn our cities. I sincerely doubt voting more than once would be a bridge too far for them.

The Post Office ISN’T capable of handling the ballots and Democrats know that. In 2006, Nancy Pelosi’s Congress passed a bill (the PAEA) that required the USPS to create a $72 Billion fund to pay post-retirement health costs 75 years into the future. No other Federal or Private Corporation has such a burden. This has prevented them from modernizing equipment. If it weren’t for this financial burden they would be making a profit. No one knows this better than Nancy Pelosi. But of course, she blames Trump and thinks throwing money at them at this late date will look like it’s not her fault.

And let’s look at the chaos caused by mail-in ballots already. There are districts in Michigan and New Jersey who still don’t know the results of their primary. Why would anyone think a Presidential election would be better?

The media, and Democrat leaders are telling us Republicans are trying to suppress the vote. They say voter ID, voting in person, and being opposed to mail-in ballots suppresses the vote. Well, yes, there are votes we’d like to suppress…ILLEGAL ONES.  We want ALL LEGAL citizens to vote. We want people to vote in person (unless they physically can’t) with a valid ID.

Please don’t insult our intelligence by saying there are people who can’t get a voter ID.  We want fair and trusted elections.

The media is working hard to cast Republicans as the party trying to “steal the election”. I was just reading some of the high profile Democrats on Twitter all saying they have to stop Republicans from stealing the election.

I also just finished reading the Transition Integrity Project. They have been war-gaming every election outcome to see how they can influence the outcome. I’m not aware there are any Republican organizations doing the same. I suspect if there were the media would make sure everyone knew about it. I assure you anything the Democrats accuse Republicans of doing they are doing in spades. Just read their mentor, Saul Alinsky’s Rules for Radicals.

The Transition Integrity Project said they needed to address the Republican lies about voter fraud. They say voter fraud is “virtually non-existent”. So does the media and every Democrat politician. Of course, they have to say that, but voter fraud is rampant and if it weren’t they should have no objection to voter ID. Their argument is that there are few cases of voter fraud prosecuted. That is true because with no voter ID, it’s hard to prove.

But when ELEVEN districts in California have more votes than voting age residents you know there is fraud. Let’s put that in perspective. Not ALL voting age people register to vote. Not ALL registered voters vote.  So, more votes than voting aged people is tens of thousands, if not hundreds of thousands, of questionable votes. I would think people who say they want free and fair elections would want to investigate that…..unless, of course, it benefits them.

In 2018 we had an example of this in Orange county, a reliably Conservative district. California legalized vote harvesting (illegal in most states for good reason). Democrats harvested ballots, Republicans didn’t. In fact, I was very involved in Republican politics at the time and didn’t even know about ballot harvesting until AFTER the election.  On election night, 7 Republican candidates won handily. One candidate, Young Kim, won by 14 points. A week later all seven wins were overturned with boxes of ballots “found” after the election….and interesting all democrat. That doesn’t align with the number of registered Democrats in Orange county. But other than knowing voter fraud happened, how do you prove it? How would you prove someone other than the registered voter filled out the ballot? How would you prove Republican ballots were destroyed by harvesters?

Trust me, Democrats know millions of mail-in ballots will cause chaos and that is fine with them. They want this to be tied up in litigation. They want counting to go on for weeks. Look at what happened with the Bush/Gore election. They would have kept counting until they got the results they wanted if the SCOTUS hadn’t stopped it. If Trump wins they want people to believe he has “stolen” the election.

Here is a quote from the Transition Integrity Project:

“Plan for a contested election. If there is a crisis, events will unfold quickly, and sleep-deprived leaders will be asked to make consequential decisions quickly. Thinking through options now will help to ensure better decisions. Approach this as a political battle, not just a legal battle. In the event of electoral contestation, sustained political mobilization will likely be crucial for ensuring transition integrity. Dedicated staff and resources need to get in place at least through the end of January.”

My prediction is that it WILL be a contested election even if Trump wins on election night by a LANDSLIDE. Democrat run states will contest every district that Trump wins. They will use every trick to deny Trump Electoral College votes. They will mobilize protestors and rioters in the streets.

Keep your powder dry, but you may need to use it …