As Americans prepare their tax returns this year, it’s important to be on the lookout for any signs of suspicious activity in order to avoid becoming a victim of identity theft. 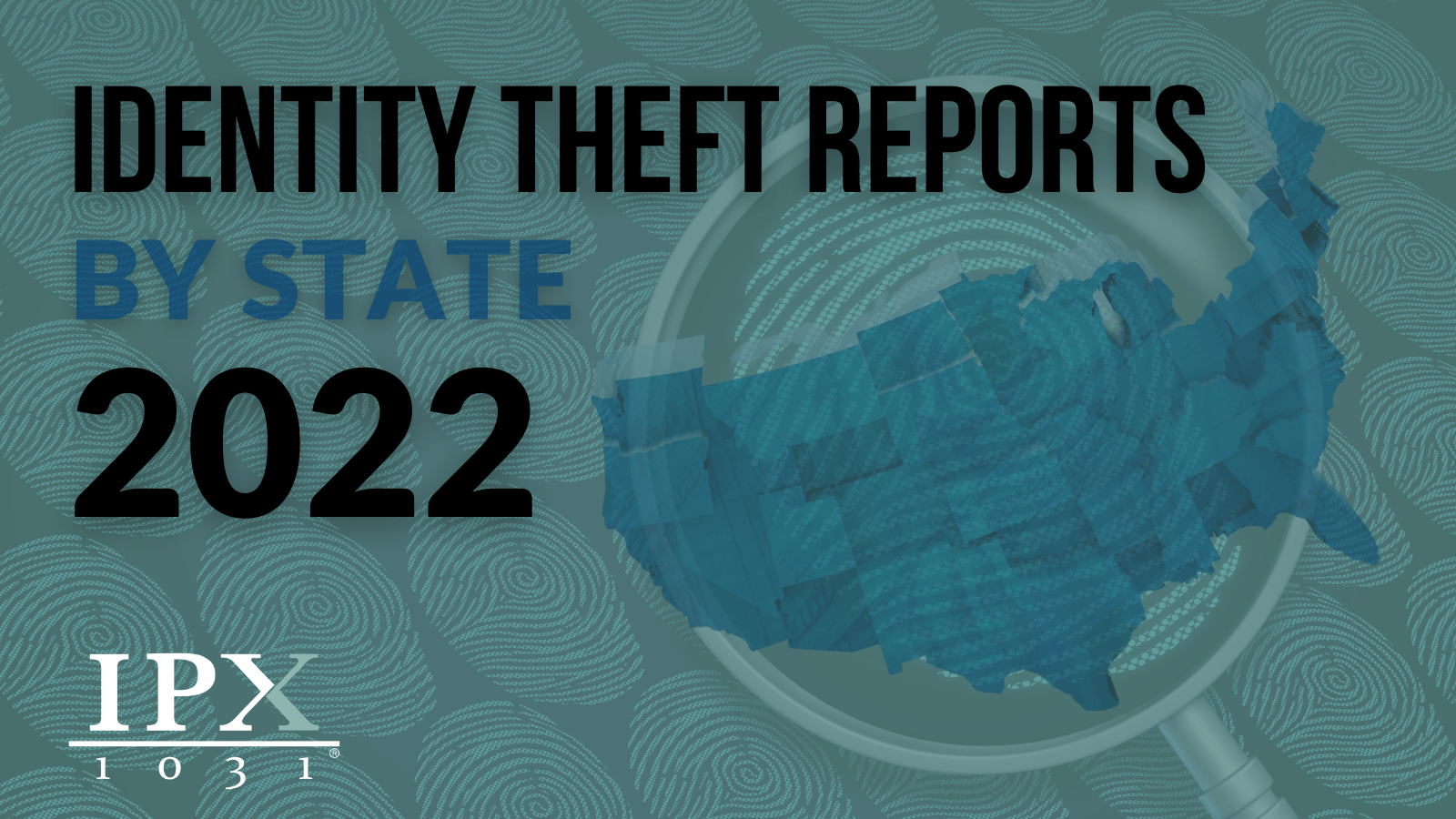 Identity theft can happen in a variety of ways when someone uses your personal information to open financial accounts, make purchases or file taxes. This tax season, the Internal Revenue Service (IRS) is reminding everyone to protect their financial information in order to avoid identity theft, fraud and scams.

According to the IRS, tax-related identity theft has “evolved into a major enterprise by well-funded, technically sophisticated national and international criminal syndicates.”

In order to find out where identity theft is the most common, we analyzed FTC identity theft reports in each state as well as major metro areas across the country.

States with the Most Identity Theft Reports 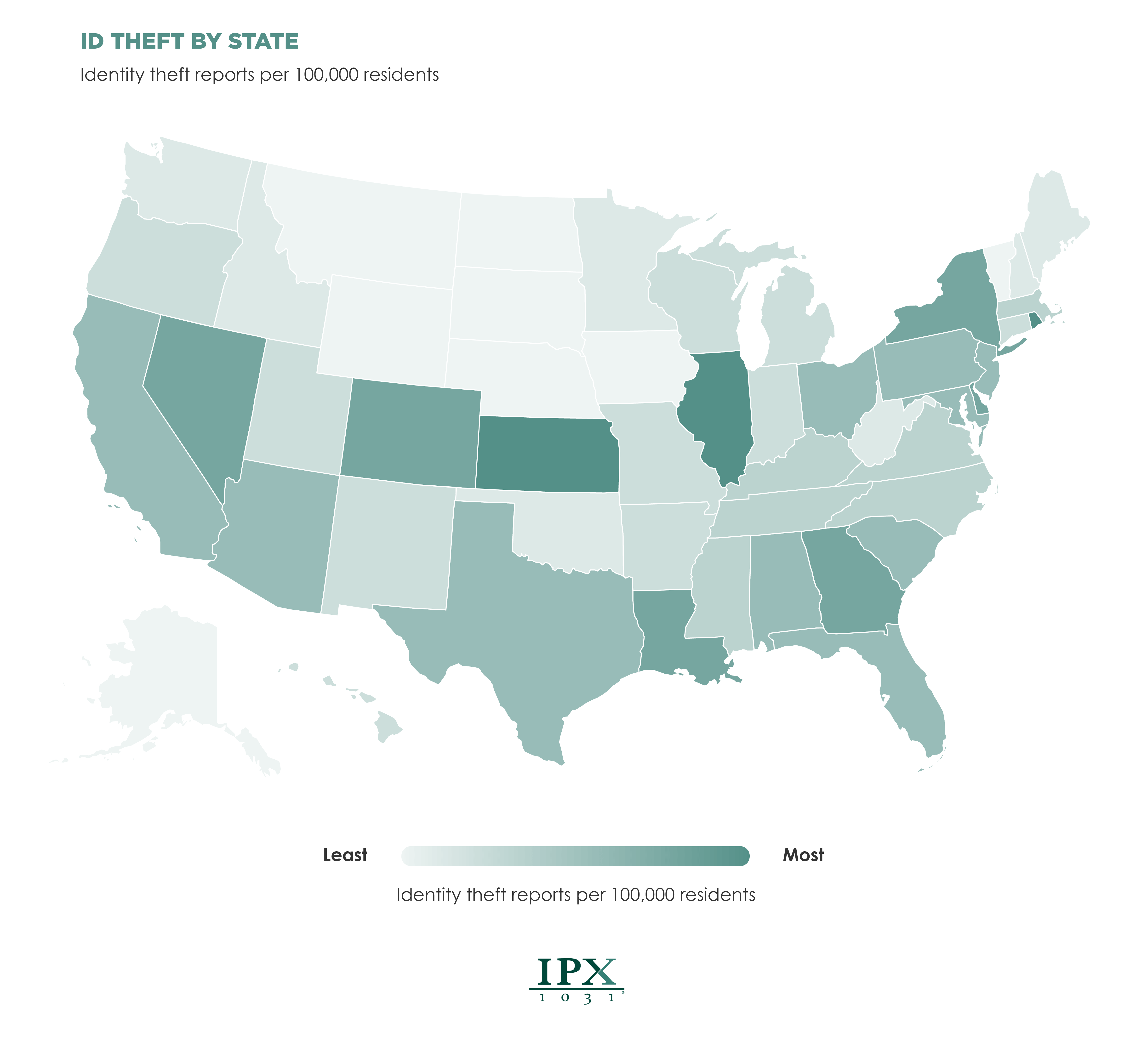 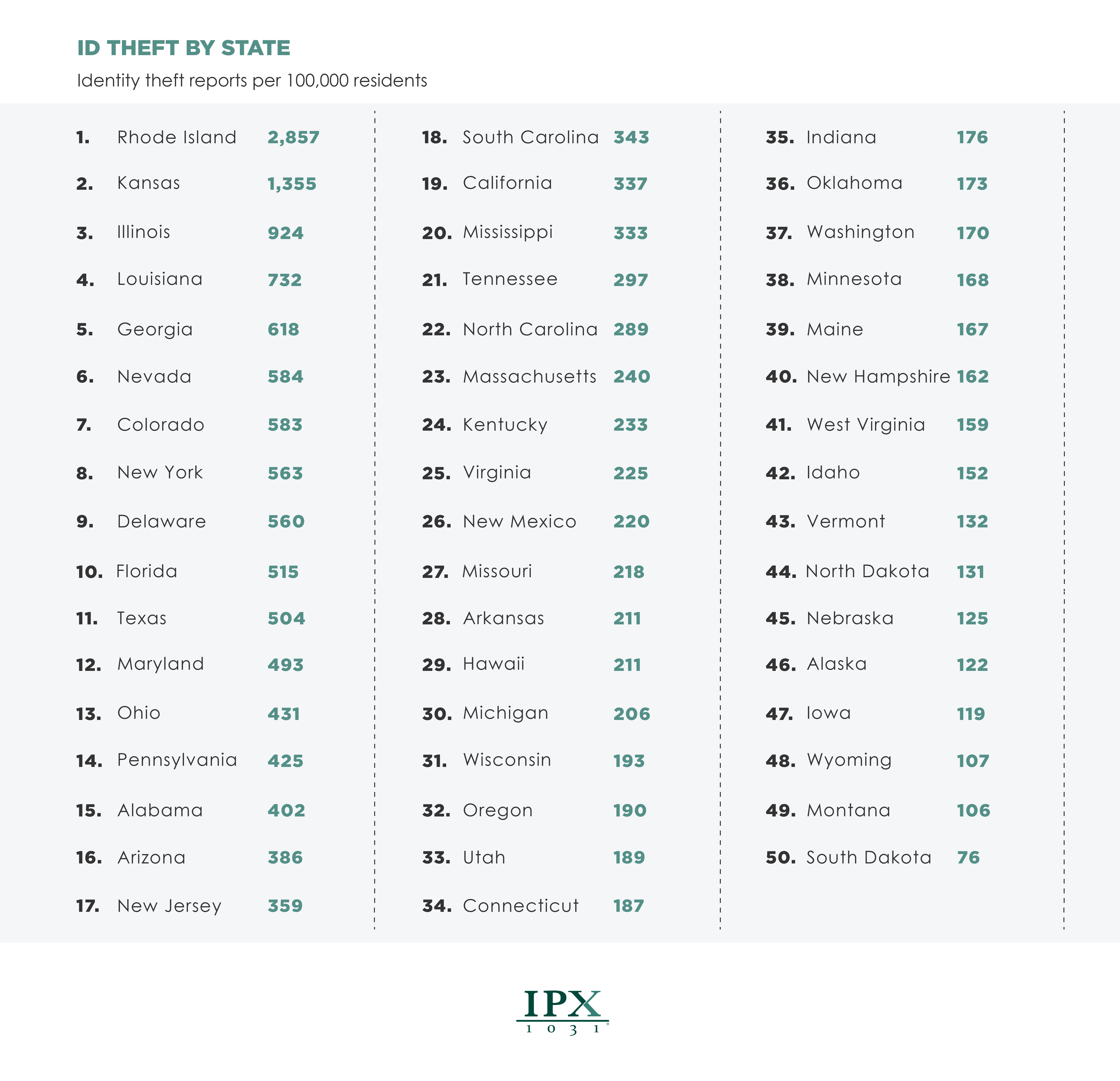 Increase in Identity Theft During the Pandemic 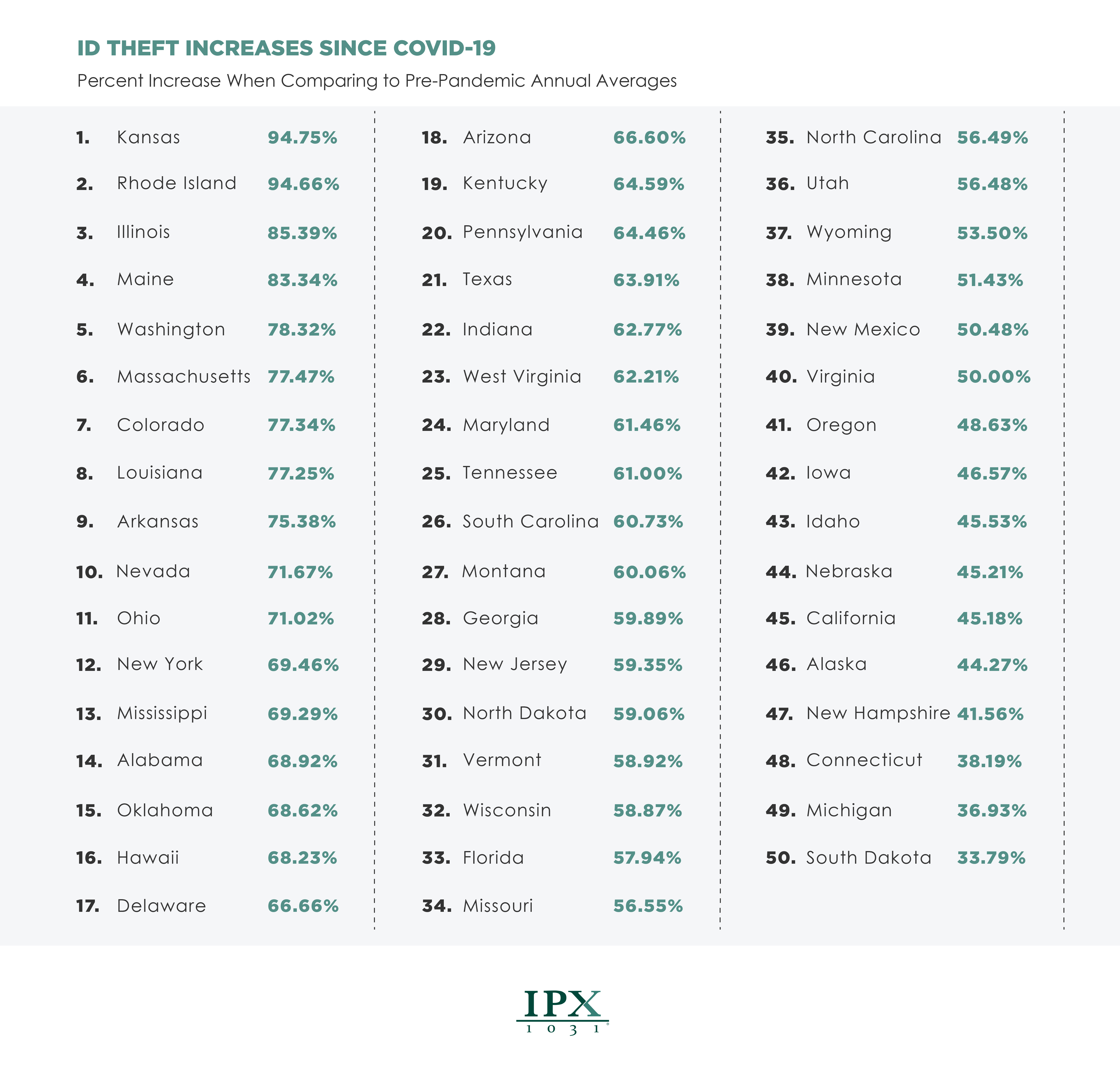 Metro Areas with the Most Identity Theft Reports 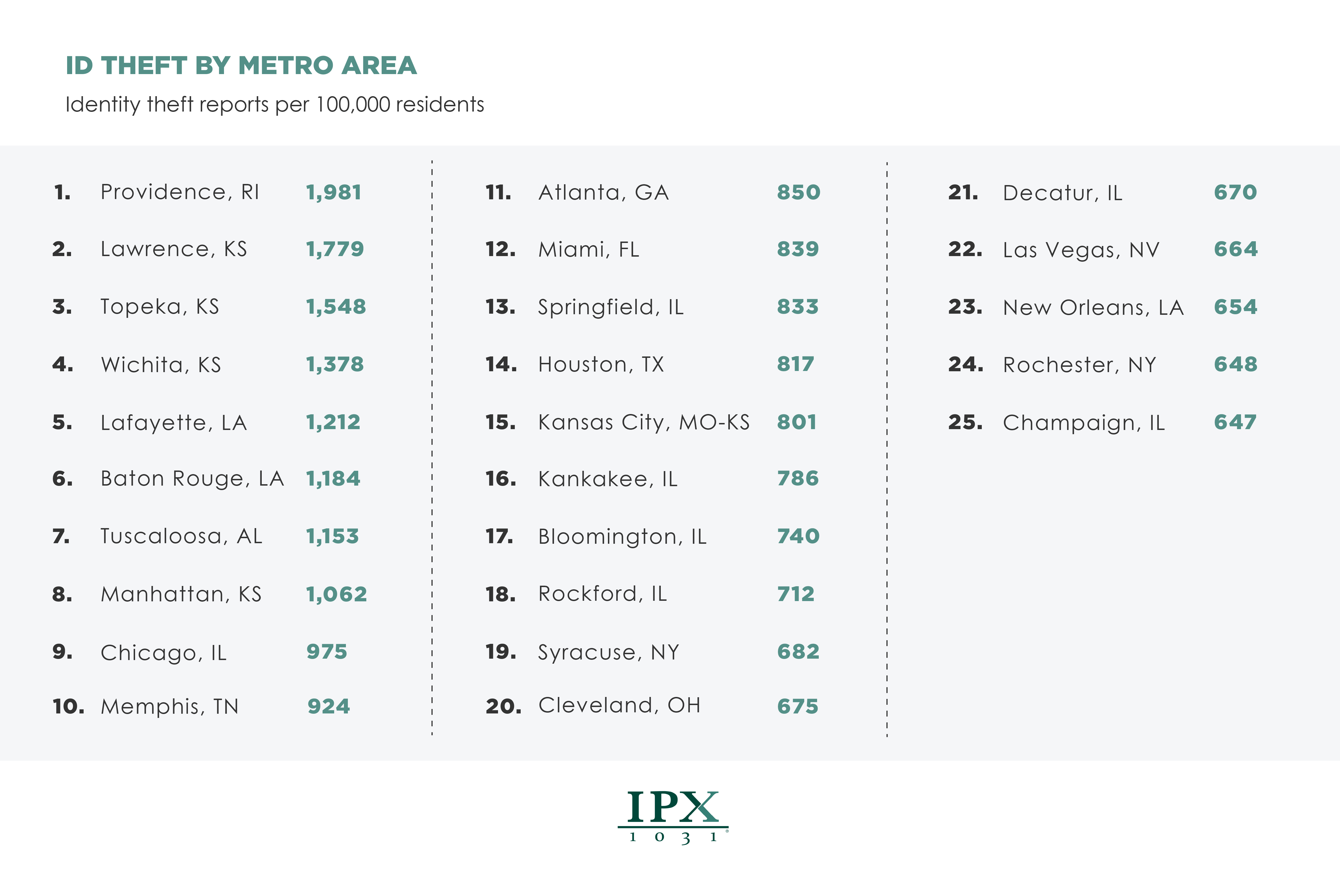 Along with analyzing identity theft reports by state, we also took a look at which metro areas experience the most identity theft.

Whether you’ve already filed your taxes, preparing to file or awaiting your tax return, it’s important to spot the signs of identity theft.

Overall, the IRS has protected “a combined $26 billion in fraudulent refunds by stopping identity theft refunds.” Several security initiatives have also been put in place by the IRS to protect data when filing taxes, including the option for taxpayers to request an Identity Protection PIN (IP PIN), which was introduced in 2021.

But there is still more that taxpayers can do in order to prevent identity theft. The IRS recommends using encryption programs to protect sensitive data, virus protection software, strong passwords and protecting personal information such as your Social Security number are all important steps to take when it comes to protecting your identity and data during tax season.

And if you are considering a 1031 Tax Deferred Exchange for your investment property, especially during tax season when identity and cyber fraud are heightened, it’s imperative that the profits from your sale are protected. Learn more about IPX1031’s industry leading security and safety for exchangers and safeguards in place when selling and buying investment properties.

Using data from the Federal Trade Commission’s Consumer Sentinel Network, we analyzed identity theft reports in every state and visualized the data per capita (per 100,000 residents). Data for the top 25 metropolitan areas with the most identity theft was also analyzed for this report. Categories of identity theft reports include government documents or benefits fraud, credit card fraud, loan or lease fraud, bank fraud, employment or tax-related fraud and phone or utilities fraud. Data was analyzed for 2017, 2018, 2019, 2020 and 2021. State population estimates are based on 2019 U.S. Census Bureau estimates.