Two suspects from Ventura were arrested for a three-month crime spree that involved mail thefts, check fraud, and identity thefts throughout Ventura and Santa Barbara Counties.

On December 21, 2020, deputies responded to a report of a theft of checks from a residence in the 1500 Block of Cuyama Road in Ojai.  The victim reported several checks had been stolen from her checkbook.  After the theft, the victim’s banking institution alerted her that someone fraudulently deposited the checks at a different banking institution.

After a lengthy investigation, the suspect was identified as James Solis, a resident of Ventura.  Solis has a history of identity theft and drug abuse related arrests.

On April 28, 2021, the deputies found and arrested Solis at a motel in the city of Ventura.  A search warrant was subsequently served at the room where he was residing, and additional evidence linked to numerous identity theft crimes was located.  The suspect was in possession of stolen mail, blank check paper, stolen credit cards, additional stolen checks, and printers used to make, wash, and forge checks, consistent with identity thefts.  In addition, Solis had a firearm and ammunition in his motel room.  Solis is a convicted felon and he is prohibited from possessing firearms and ammunition.

A second subject, Bobbi McClenny, was also found in the room.  McClenny was arrested for being under the influence of illegal drugs.  McClenny was taken into custody where she was booked at the Pre-Trial Detention Facility.  She was later released on her promise to appear at a future court date.

Solis was taken into custody for several felonies.  Solis was booked into custody at the Pre-Trial Detention Facility for Identity Theft, Elder Abuse, Possession of Stolen Property, Forgery, and Illegal Possession of a Firearm.  Solis remains in custody with his bail set at $60,000.  His next court date is set for 04/29/2021.

Anyone with information pertaining to crimes of this nature are urged to contact Detective Dike at the below listed number.  The reporting party may remain anonymous.

The Ventura County Sheriff’s Office encourages citizens to immediately report suspicious people and vehicles, and to promptly report any crime they come across by calling 911.  The Ventura County Sheriff’s Office would like to thank members of the public for their on-going support and due diligence in providing information to assist our agency in solving crimes.  We are better at what we do because of our community partnerships.

Please remember that Postal Inspectors across the country work hard to protect your mail. But with deliveries to more than 100 million addresses, the Postal Inspection Service can’t do the job alone.  You can protect your mail from thieves by remembering to pick up your mail promptly after delivery. Don’t leave it in your mailbox overnight. If you’re expecting checks, credit cards, or other negotiable items, ask a trusted friend or neighbor to pick up your mail.  This diligence will assist in the prevention of becoming a victim of identity theft.

If you see or suspect a mail thief at work, or if you believe your mail was stolen, call police immediately 9-1-1, then call Postal Inspectors at 877-876-2455 and (press 3) or visit the below link. 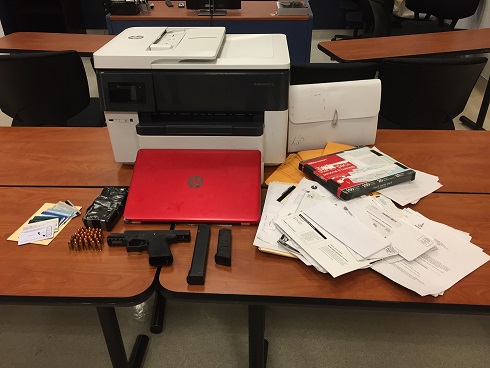