So. The impeachment “opening arguments” have been presented. Both sides have laid out their respective cases – to convict and remove our Dastardly President (in the case of Democrats), or to leave the poor guy alone and let him do his job (in the case of Republicans.)

The Democrats’ team of supposedly literate House Managers spent about twenty-three hours of Senate “debate” time proving they have the capacity to bore the Hell out of anyone with functioning ears. And California’s chief television show-off, Adam Shiffhead, did his very best to achieve the Guiness Book of World Records slot for Longest Repetitive Public Display of Verbal Diarrhea.

The President’s legal defense team, meanwhile, needed less than half their time allotment to demonstrate that they, at least, actually understand the difference between a “fair trial” and a kangaroo court.

Fairness. It’s a hallmark of civilized people. It’s the lodestone of our legal system – the foundational concept upon which our vaunted “due process of law” is based.

It’s that thing we hope to feel, in our gut – that signal that things are “right.”

So the Democrats have been demanding that Republicans allow them to call witnesses, insisting that the impeachment trial of President Trump cannot be fair without witnesses.

There are so many things wrong with that stance, it’s annoying to have to list them all. But I’ll do it anyway:

You idiots really don’t know what you’re doing, do you?

The entire nation knows you’re full of Schiff, so let’s just call this impeachment the stupid idea it is and go get some margaritas and Manhattans.

Now the Senate is suffering through 16 additional hours of formal questions from the Senators, to be answered by the Impeachment Managers and the President’s defense team. After that, the Senators will vote on whether they need to call for more information, either documents or additional witnesses, in order to render a verdict.

Democrats are adamant that there must be more witnesses. Curious, given that they’ve insisted for weeks that their case was air-tight, uncontested and unassailable. If the case is so perfect, why the need for more witnesses, more documents, more information?

The Big News this week is that Former NSA head John Bolton’s new book may finally “prove” that Trump really did use foreign aid to pressure the Ukraine to investigate his political rival, Joe Biden. Of course, that’s based on a New York Times story (they’re called “stories” for a reason!) quoting an unnamed source who may have talked to someone who’s supposedly seen an unpublished book that reputedly states an opinion that might be based on some fact. Maybe.

Naturally, Bolton would be item #1 on the Democrats’ witness wishlist.

But, as was pointed out commandingly by Harvard law professor and Constitutional scholar Alan Dershewitz in his Senate testimony: Even if the reputed Bolton book “bombshell” were true, it does not rise to the level of an impeachable offense!

(Presidents from both parties have routinely attached requirements to foreign aid; and Trump had a valid national interest in pursuing possible corruption involving American citizens.)

Republicans recognize that this is just a political ruse to draw the impeachment proceedings out, with two basic goals: To tarnish Trump (as though they need more material for that!) and to prolong the Democrats’ vain, desperate hope to discover some real crime by which they can convince 20 Republican Senators to vote: Guilty!

So: What’s true? Are more witnesses needed, or is that merely a ploy to stomp all over the 2020 election process? (If Trump were removed from office, he would also be removed from the ballot – leaving Republicans with no candidate mere months before the election. It would be Democrat Nirvana! How’s that for serious election tampering? Putin would be so proud!)

But as the impeachment Schiff-show drones on, here are some lesser-known facts that bear on the question of fairness: In the House investigations, there were 17 Democrat-chosen witnesses brought in to give both public and non-public testimony. No strictly Republican witnesses were allowed, and Republicans were even prevented from observing or participating in much of the closed-door witness testimony. They were only given Democrat-edited and -approved transcripts. Furthermore, there was a “ghost” witness, the whistleblower’s Inspector General, whose testimonial transcript remains classified and unavailable to Republicans.

Now… Why is that, I wonder?

Does that sound like a “fair and open” process to you?

So when it comes time for the Republican-controlled Senate to consider whether additional witnesses are needed, I recommend they announce this approach:

Sure, my distinguished fellow buddy-buddy Senator Democrats – we’ll be happy to let you call witnesses. You had 17 in the House, we asked for 17 in return, and were granted only the 3 that happened to be also on your list. So, to be fair,… To be FAIR… we will allow you to call additional witnesses, and we will call one of our own for each of yours. But: Before your first witness is brought in, we will first call all 14 of the witnesses you denied us in the House – including the so-called “whistleblower,” and his very-own-personal House Representative, that esteemed gum-flapper Adam Schiff-outta-luck! Oh… And don’t forget to bring the I.G’s transcript – No witnesses for you until you deliver that!

Fair is fair. And if there’s one thing Americans want to see in a trial, it is fundamental fairness. 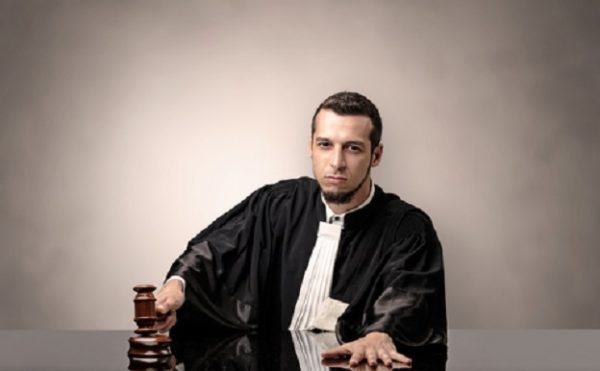 Phil Erwin is an author, IT administrator and registered Independent living in Newbury Park. He would like to support some Democrat ideals, but he has a visceral hatred for Lies and Damn Lies (and is highly suspicious of Statistics.) That pretty much eliminates supporting most Democrats, and a bunch of Republicans to boot.

Pelosi/Shiff are the dems’ version of Tail-gunner Joe McCarthy/Roy Cohen. Their secret, unnamed witnesses bear such striking resemblance to the star chamber hearings that were held during the McCarthy reign of terror that I am once again reminded that slipping into Stalinistic methods of character assassination seems all too easy for some people in power.

Sure, Trump is a brash, arrogant, egotistical, ill-mannered popinjay but he is also the elected president of the United States whether the dems are happy with the way he worked the electoral college or not. HRC could have won the election had she chosen to not insult her core constituents in the MidWest. Her flaunted arrogance is what cost her the election. Trump didn’t win the election in my view, HRC lost it. She would have lost to Marrying’ Sam from Dogpatch. She lost. Get over it. Everyone hates a sore loser. The dems only hurt their chances in 2020 with this phony dog and pony show. Phil Erwin hit the nail on the head with this piece.