India is just one of an increasing number of “developing” nation which have recognized that the mad rush toward a “net zero carbon” economy does not serve the interests of their ordinary citizens. These countries are also waking up to the fact that serving the public interest necessitates major increases in abundant, affordable, reliable, mostly fossil fuel electricity to power their burgeoning economies.

When first-world reporters write about the developing world’s ongoing love affair with fossil fuels, their reports are “not necessarily the news!” Instead, they editorialize in nearly every story about the “sad” reliance of India, China, African nations and others on “the highest polluting resource” – coal. 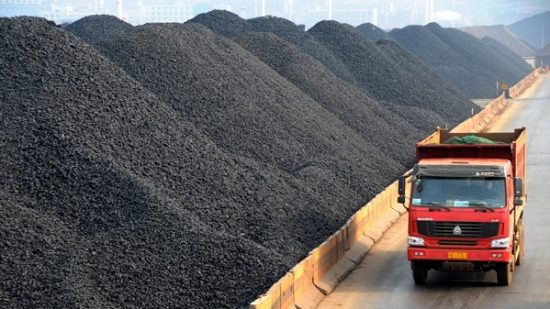 The sirens of cyberspace have embraced as gospel the diktat of the Paris climate accord that countries must cut their greenhouse gas emissions to “net zero” as quickly as possible.  Otherwise, they chirp in unison, the Earth will soon become a burning inferno from superheating caused by CO2 released from burning fossil fuels.

The “erudite” have decreed that any “climate change” will necessarily bring unspeakable horrors upon us all. The zeal for climate stasis by those currently at the top of the pyramid is such that some have even proposed permanently darkening the sky to stop the imagined heat from killing us! That highly risky endeavor could impact all life on Earth. (In reality, a far worse future would be a colder climate with less atmospheric CO2, because that would reduce arable land, growing seasons and plant growth.)

But the elitists in Washington, Brussels and New York City have a big problem. China, the world’s leader in CO2 emissions, and India, already Number 3, are not kowtowing to their demands. Meanwhile, African countries are planning to build more than 1,250 new coal and gas-fired power plants by 2030. And neither UN “peacekeeping forces” nor even the increasingly “woke” US or EU military can be deployed to force these nations into “compliance,” er, submission.

Recognizing this awkward reality, climate elitists are now relying on the old adage that “the pen is mightier than the sword.” Public shaming has worked well with first-world corporations, so why not use it worldwide?

A necessary first step toward restoring “the right order of things” was President Biden’s fulfilled promise to immediately rejoin the Paris climate accords and subject the US economy to its whims. To stem the cries of “unfair trade advantages” for the world’s two most populous nations, the “masters of the universe” unleashed the media hounds to cajole, beg and virtue-signal the “lesser” peoples into line.

For India, the latest round of shaming has already begun. On March 17, Bloomberg Quint (Bloomberg’s Indian affiliate) reporters Archana Chaudhary, Akshat Rathi and Rajesh Kumar Singh announced that “Top Indian government officials are debating whether to set a goal to zero out its greenhouse gas emissions by mid-century.” (At no point did the intrepid reporters actually name any of these officials.)

The Bloomberg trio further claimed that “officials close to Prime Minister Narenda Modi” were drawing up plans to achieve the net-zero target by 2050 – a full decade ahead of China – which says it intends to finally cap its CO2 emissions at whatever level they have reached by 2060, after four more decades of growth. Even so, “Modi will also need to navigate potential pushback from inside his government” in order to achieve the targets demanded by such dignitaries as US “Climate Envoy” John Kerry.

In a follow-up article six days later, Singh and Debjit Chakraborty cited a new report that proclaimed “India must phase out its coal-fired power plants” in order to achieve net-zero greenhouse gas emissions by 2050. And two days after that, Singh claimed that India is “under growing pressure to improve its climate commitments, which have forced government officials to debate a possible net-zero emissions target.” Moreover, he warned, Secretary-General Antonio Guterres has called investments in fossil fuels “a human disaster and bad economics.” [emphasis added]

Not surprisingly, Singh’s March 25 report was also full of “bad” news. India has set in motion its biggest ever auction of coal mines in the country “despite the fossil fuel’s key role in contributing to global warming.” The auction opens coal mining to private firms and thus dislodges the state monopoly over the domestic coal market. That, he asserted, “sends mixed signals at a time when the world’s third-biggest emitter of greenhouse gases needs to shed its dependence on coal.”

Despite the preaching, Singh admitted that the Indian government sees private coal mining as a way to create jobs in an economy devastated by the COVID pandemic. Coal mining projects, he conceded, will bring in new investments and boost socio-economic development in mining regions (and beyond). He even cited Tim Buckley of the Institute for Energy Economics and Financial Analysis, who recognizes that “India can’t just stop using coal overnight.” Coal is still “a necessary evil” for the country.

There is another problem with the Bloomberg version of India’s alleged quest for Net Zero.

Vijay Jayaraj, research associate for developing countries at the Cornwall Alliance for the Stewardship of
Creation, chided the Bloomberg trio for urging India to banish coal. Noting that “No official sources have confirmed that New Delhi is devising a Net-Zero target for 2050,” Jayaraj derided “the anti-fossil lobby, which includes journalists,” for trying to pressure developing countries into shutting down their fossil industry – thereby condemning billions to poverty, limited opportunities and whatever minimal living standards can be sustained by expensive, intermittent wind and solar power.

India, says Jayaraj, is building a fossil-fuel-dominated energy sector, not a green one. The country is also seeking to curtail inflation and secure additional oil imports at a time when “anti-fossil journalists have ushered in confusion by claiming the Indian government is now aiming to achieve Net-Zero emissions by 2050.” Predictably, Bloomberg did not respond when asked by Jayaraj just which “officials close to” Prime Minister Modi they were citing.

Indeed, unfazed by the sirens, India is moving ahead on a second round of commercial coal mine auctions, with 67 sites up for bids. The nation needs a constant increase in coal production to support its growing coal-fired power plant fleet and is currently constructing new coal plants with a total capacity of 36.6 gigawatts (GW); it has another 29.3 GW in the pipeline.

India is also upping its reliance on that other bugbear of the Green Monarchy – crude oil, a very important commodity for the Indian economy. The world’s third largest oil importer, whose trucking industry almost exclusively rolls on petroleum products, is now buying oil from Guyana and Brazil. The post-COVID recovery is being slowed by rising oil prices, so diversification of supply is vital.

Moreover, says oil minister Dharmendra Pradhan, Africa too has “a central role” in aiding India’s quest to further diversity its sourcing of crude oil, liquefied natural gas, and other petroleum and energy products, “largely due to its proximity and the absence of any choke points in trans-shipments.” These new African (and South American) oil markets are crucial to India’s economy, notes Jayaraj.

Meanwhile, India’s response to the Bloomberg reporters’ virtue signaling was to extend deadlines by up to three years for coal-fired power plants to install Flue Gas Desulphurization (scrubber) units that cut emissions of sulfur dioxides and other pollutants. Utilities that miss even these delayed targets could continue operations after paying a penalty. India’s power ministry explained that this action is intended to avoid immediate increases in electricity prices.

As Jayaraj concludes, India’s openness to new oil producers and push to expedite coal-mining are sending a clear signal: India’s leaders are more concerned about the economic well-being of their citizens than about pleasing bureaucrats and stuffed-shirt billionaires living in luxury thousands of miles away. That has to hurt their egos – and underscore the insanity and futility of net-zero quests by the US, EU and other nations.

Thank you for publishing this important fact!!!

The leading POLLUTERS are China and India, so why is the USA purposely hurting OUR economy so that theirs can enjoy a 20-30 year relaxation in draconian standards???

Why isn’t everyone being held to the same standard since the progressives scream about GLOBAL climate change???