While California’s ethnic studies mandate for k-12ers is dead for now, there is still much in the works to be concerned about.

California governor Gavin Newsom is a force of nature. He leads a state which has record homelessness, rising crime and exploding pension debt. But wait, there is so much more! Ruling more like dictator than an elected official, Newsom ordered a draconian lockdown in March to stem the spread of COVID-19. But more than anything, his autocratic move unnecessarily killed many businesses and livelihoods. Then in September, Newsom ordered a ban on gas-powered cars starting in 2035 because California is facing “a climate damn emergency.” For good measure, he then happily signed off on a bill that mandates the “study and development of proposals for reparations for blacks who live in the Golden State.” Newson insisted in a Tweet that our past is “one of slavery, racism, and injustice.” Could he not know that California was not part of the Confederacy? 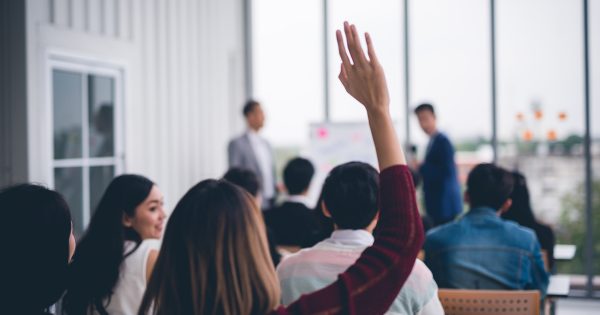 But then he went against form. In a major surprise, he vetoed Assembly Bill 331 on Sept. 30th. This wretched legislation would have made taking an ethnic studies class a requirement to graduate high school in the state. “There is much uncertainty about the appropriate K-12 model curriculum for ethnic studies,” Newsom wrote in his veto statement. “The latest draft, which is currently out for review, still needs revision.”

Revision? Mercy killing is more apt. Bills like this invariably come replete with a strong political agenda, and more than anything promote victimology and anger, as well as providing a future army for the Bernie Sanders wing of the Democratic Party. As I wrote two weeks ago, the model curriculum approves of classes that stress “modern day movements and intersectional struggles for social justice like the Immigrant Rights Movement, the Black Lives Matter Movement, the Environmental Justice Movements, Feminist Movements, LGBTQIA Queer Movements, and others.”

But SJWs (social justice warriors) needn’t fret. The bill’s disappointed author, Assemblyman Jose Medina promised that he would reintroduce the bill next year, insisting that the veto was “a failure to push back against the racial rhetoric and bullying of Donald Trump.” California Teachers Association president E. Toby Boyd was “surprised” by the veto, but Theresa Montaño, a professor of Chicano Studies at Cal State Northridge, was furious. She claims that Newsom’s veto message was “painful,” adding, “White people in this society can still with the stroke of a pen say to children of color in this state that your history doesn’t matter and that the only way your history will be told is if we get to sanitize it, scrutinize it and approve it before it gets to you.”

But for the surprised and pained, no worries! Help is already on the way. In a California Department of Education “Covid-19 update,” Superintendent of Public Instruction Tony Thurmond referenced the disease only as a way to rant against Donald Trump. “COVID-19 is not the only virus affecting our society today. The man-made viruses—the ones of racism, hate and bigotry—are also gaining a foothold. Increasingly, I see heartbreaking stories of anti-Semitic behavior, bullying of Asian American students because of our President’s rhetoric, Islamophobia, discrimination of our LGBTQ neighbors, and violence directed at people of color.”

To heal all this alleged awfulness, Terrible Tony announced an “Education to End Hate” initiative (Trump-hatred is still permissible, of course), which “includes educator training grants, partnerships with community leaders, and virtual classroom sessions to address hate and bigotry in our schools and society.”

Take that, Gavin Newsom! California don’t need no stinkin’ law to poison young minds; we can do it without you! There are three components to Thurmond’s plan: a training for teachers in “antiracism and bias,” a “virtual classroom series” designed to teach the “many forms of bias” young people face and a “round table with leaders” the purpose of which is to “brainstorm how best to ensure a physically and emotionally safe learning environment that is inclusive for all students.”

But as the state gets its progressive ducks in a row, many school districts are forging ahead on their own. Untold numbers of teachers are being blasted with radical Critical Race Theory workshops in which educators learn that racism is endemic to American life. Teachers are also told that they should be skeptical about “dominant legal claims of neutrality, objectivity, colorblindness, and meritocracy,” and that racism has contributed to all “contemporary manifestations of group advantage and disadvantage.”

In case students don’t know what to do with all their new found “knowledge,” the California State Board of Education now has a “Seal of Civic Engagement Award.” Among other things, to earn what amounts to SJW points students must “demonstrate a competent understanding of U.S. and California constitutions; functions and governance of local governments; tribal government structures and organizations” and “participate in one or more informed civic engagement project(s) that address real-world problems.” The process also recognizes “civil disobedience as a form of civic engagement.”

The state wants civil disobedience? California is at the point where true civil disobedience is fighting back against the regnant, oppressive progressivism that has invaded our schools. Maybe some brave and defiant students could start a campus Republican club. The truly rebellious would wear a MAGA hat to school. The revolutionary students might stage a protest by refusing to participate in any classes that espouse BLM, SJW and LGBT dogma. But more than anything, civic-minded parents must stand up, get organized, and combat the indoctrination steamroller that is paving the state with left-wing bushwa.