The Judicial Council of California has issued a new rule during the Coronavirus epidemic that eliminates bail for nearly all misdemeanors and some low grade felony charges. As a result, any person who is booked or is awaiting trial in a county jail in California will have zero bail if they are in custody for qualifying charges. 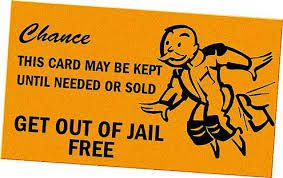 In the Ventura County Jail system, this has resulted in 77 inmates who qualified for immediate release from custody. The process to identify eligible inmates involved a collaborative effort between the District Attorney’s Office, the Public Defender’s Office, the Ventura County Superior Court, and the Sheriff’s Office. The process of releasing the affected inmates began over the weekend, and was completed on Monday, April 13, 2020 at 5:00 pm.

The current inmate population in Ventura County is approximately 1,000 inmates. Our total jail capacity is 1,650, and we average between 1,450 and 1,500 inmates in custody at any given time. The advantage of the reduced inmate population is it allows more flexibility to provide social distancing among the inmates. We also have some areas set aside to isolate inmates should an outbreak of COVID-19 occur.

“Going through these extreme times requires extreme measures to prevent the spread of this devastating virus,” said Sheriff Bill Ayub. “I’m not thrilled with the idea of having 500 more criminals out on the streets of Ventura County right now. However, I’m proud of the work we have done alongside our partner agencies to carefully apply the new rule in the best way possible and keep our most dangerous and violent predators off our streets.”

The implementation of the new rule equates to the potential release of thousands of inmates statewide. There is concern that with many more criminals out on the street, crime will increase. Car thieves, burglars and narcotics dealers are among the most common types of inmates being released in Ventura County. As always, people should take steps to keep their homes and vehicles locked, and their valuables out of sight. They should also report any suspicious activity in their neighborhoods right away.

“Our effectiveness in fighting crime only works because we have the support and cooperation from people in the communities we serve,” Sheriff Ayub said. “Now more than ever, we need our residents to be our eyes and ears out there and report criminal activity as it’s happening.” The emergency bail schedule will be in effect until 90 days after the state of emergency is lifted in California.

The Judicial Council’ is NOT the law. Mustache Bill is happy to defer to a panel of anonymous judges rather than enforce The Law. IF he wanted to; he could keep ALL of the criminals in jail. Might have to get creative in setting up a row of tents in a wired camp. Arguing that while escape is ‘possible” it’s far better than just turning them loose and ‘low level’ offenders” would be foolish o attempt escape as the penalty for that is far greater than any sentence that they are facing. It would also incentivize criminals to commit their crimes in other counties that are in ‘compliance” instead of Ventura County; thereby reducing our crime and jail population; which would eliminate the need for the tent camp… However that would require a desire to to protect the people and NOT kow tow to Judicial panels that Mustache Bill clearly lacks. I think we are way over due for a new sheriff in Ventura County… I’m up for the job!