Interview of Camarillo Chief of Police regarding De-Escalation Training, Police Transparency, and Interaction with the Public and Qualified Immunity

Camarillo has a contract with the Ventura County Sheriff Department.  It is an “At Will” Contract with the VCSD, which means Camarillo can end their relationship with notice. Commander Tennessen explained each city contracted with VCSD chooses the level of service desired, with itemized cost breakdowns for these choices. 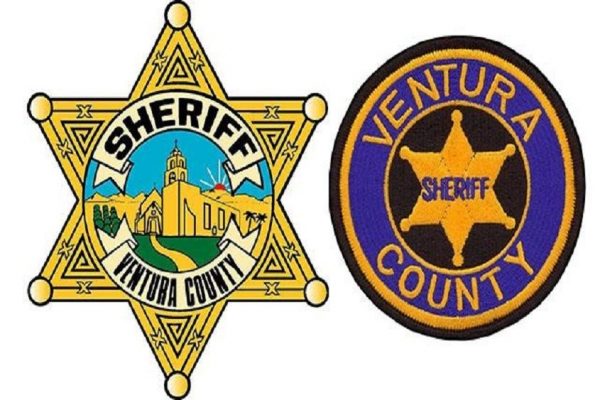 “We, the members of the Ventura County Sheriff’s Office, are committed to safeguard the lives and property of residents of Ventura County and respond to public concerns in a manner which promotes neighborhoods free from the fear of crime.”

“Our strategy for accomplishing this mission is to preserve the peace, prevent crime, apprehend offenders, facilitate problem solving community partnerships, enforce laws, provide secure and humane detention for persons lawfully entrusted to our care and display empathy and respect for the dignity of all individuals.” http://www.venturasheriff.org/

What does it mean to residents in Camarillo? Do they receive the same police force in Camarillo with our relationship that other cities in Ventura County receive who also contract with VCSD for law enforcement?

Representing the VCSD. The Ventura County Sheriff’s Department is making a clear effort to show the people of Ventura County and Camarillo who they are. Commander Tennessen believes transparency is the key to understanding in keeping with the vision of Sheriff Ayub. This effort has been ongoing for the last two years by our Chief, ahead of the current public push for transparency and his role as Commander of our Police Department. Every resident should take time to look over the new website. Extensive click through portals explain many aspects of the services available from our Sheriff, from CCW(Carry Concealed Weapon) permits to how to visit someone in the County lockup.

Commander Tennessen is a very straight-forward, engaging person with extensive knowledge of law enforcement training, criminal code, judicial reach into law enforcement, and his role in leading his organization in Camarillo to best serve the city.

First Amendment Audits We discussed 1A audits, which are topical on YouTube and social media. The Chief feels strongly they should not be encouraged. “Not one penny” was the response when asked if he or the department subscribe to any channels that have a law enforcement auditing focus. YouTube channels are able to offer ads or have ads posted by Youtube advertisers if they have sufficient subscribers(and viewers) to warrant advertising. That is how YouTube channels are monetized. From the perspective of a resident, I find them to be informative, and actually were useful in vetting questions for the Commander. Camarillo Law Enforcement does not have a significant profile on 1st Amendment auditing programming for two reasons. Excellent officer training, and very little interest from auditors. Research found competent Camarillo Deputy Sheriffs in front of the audit camera, and very few audits involving Camarillo law enforcement. Per Chief Tennessen, there are no specific policies to assist officers in the field regarding audits, safe distances to video from, and how to interact with a videographer. It seems without content worth watching, Camarillo isn’t on the “audit radar”

Debriefing post incident. In addition to briefings that occur at the beginning of shift, officers are tactical debriefed whenever there is a substantial interaction between law enforcement and the public. Examples of this would be bank robberies, hostage situations, domestic violent calls or traffic accidents that involve injuries/death to the public or law enforcement personnel.  A post critical incident debrief is a more formal debrief that helps the VCSD be aware of how their people are faring after being involved in some sort of critical incident. These debriefings preserve the department for a number of reasons. They help prevent personnel issues like Post Traumatic Stress Disorder(PTSD) and survivor guilt.

Debriefing is separate and distinct from the requirement to investigate any officer involved shooting. Camarillo Police Department does NOT have an established Department Policy regarding debriefings. 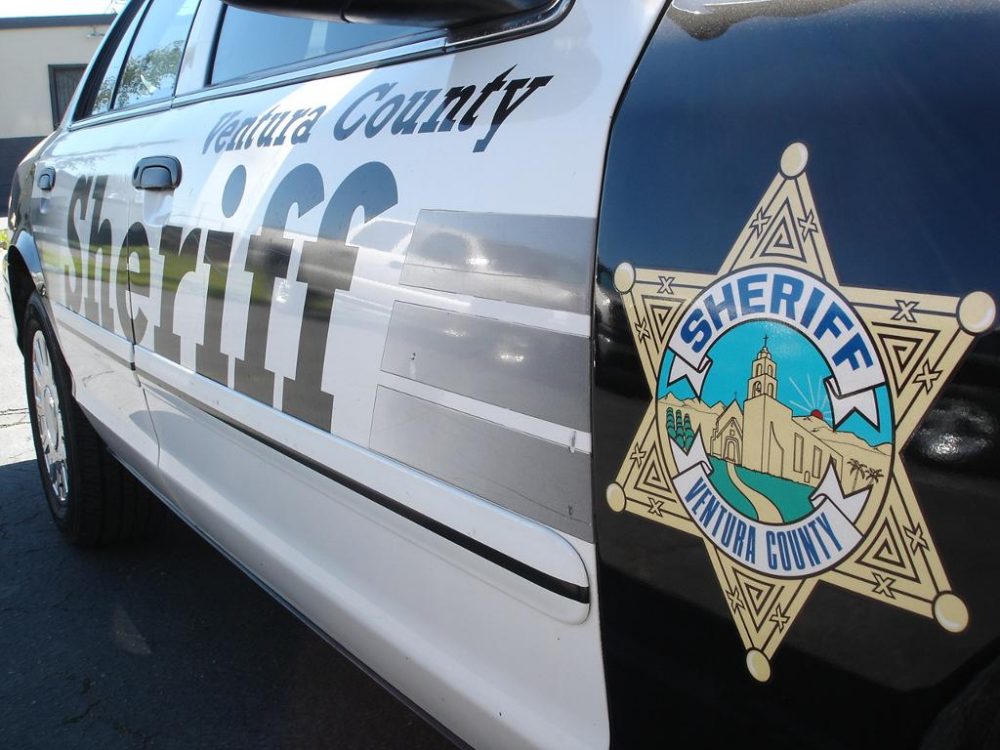 Chief Tennessen identifies himself by name when he makes a traffic stop or is called to respond to a member of the public. It isn’t a policy because there are many situations where there may not be time or a need to identify as an officer. Under most circumstances an officer will identify themselves when asked by the public.

Chief Tennessen explained that in the course of their duties officers are typically in casual interactions with the public, where dialogue is defined as consensual. During the course of an investigation, dialogue can transition to a point where an officer has developed Reasonable Articulable Suspicion(RAS) where a person is detained(meaning the person cannot leave) to PROBABLE CAUSE (person is placed in police custody). The Chief could NOT say the clear line of custody is the act of placing a person in handcuffs. Mirandizing(informing a person of their rights) only occurs once a person is in police custody. Officers ask persons to identify and answer questions in the normal course of interaction with the public.

Persons are not required to identify themselves unless they are in the custody of law enforcement. An important exception to this requirement is when a person is operating a motor vehicle. In the State of California, anyone operating a motor vehicle must identify themselves when asked by a member of law enforcement. From a review of case law on the subject, I learned sitting in the driver’s seat with access to the keys to start the vehicle falls well within the definition of operation of a motor vehicle, even while parked. Chief Tennessen stated unequivocally that pretextual operations, where an additional investigation may occur during an original investigation, are acceptable and normal. Examples of interactions that are pretextual operations include a field sobriety test after an illegal U turn, review of license, registration and insurance during a valid traffic stop, and discovering illegal drugs or firearms in clear view during the course of an unrelated but legal investigation.

Commander Tennessen stated that he would want the public to contact him if they believe they were involved in an unlawful detention, when an officer did NOT have reason to initiate contact.

Body cam vs. dash cam policy Is clear in Camarillo. There are no dash cams, and every officer has a body cam on duty. Cameras, as well as Tasers(a non-lethal force, holstered weapon) are individually issued to each officer, and stored in a charging dock at police headquarters. Tasers are system checked before each shift, and these checks are logged automatically at police headquarters as well.

Qualified Immunity SCOTUS(Supreme Court of the United States) first introduced the legal doctrine in 1967, to protect law enforcement officials from lawsuits resulting from the Civil Rights Act of 1964. It was further expanded to cover all Government officials in a SCOTUS ruling in 1982. Commander Tennessen believes statutory and judicial reforms are inevitable in today’s environment in regard to Qualified Immunity, and believes these reforms will affect the ability to recruit/retain law enforcement in the future.

De-escalation training Is a current, ongoing training requirement in the Camarillo Police Department. All law enforcement officers in Camarillo have completed a 40 hour De-Escalation Training Course that is funded through the County and actually has their office at the Camarillo Police Department. Crisis Intervention Team(CIT) training used by Camarillo is the National model most respected by law enforcement and mental health agencies. http://www.venturacountycit.org/

The Crisis Intervention Team(CIT) coordinator’s goal is to expand the training to cover support personnel as well.

Side Work VCSD does not authorize any subcontracting of services in policing or security by law enforcement officers. Businesses owned by officers are vetted during their background checks, and conflicts of interest are resolved before an officer can be employed by VCSD.

Officers can transfer laterally into the VCSD. They must be trained as a Deputy Sheriff and POST certified by the State of California. https://post.ca.gov/

Volunteers working for Camarillo law enforcement must also qualify, and go through a background check through the Camarillo Citizen Program. https://www.cityofcamarillo.org/Police/CCP.pdf

Excellent coverage. Thanks to Chris and VCSO/Cam Police div

Our City Council made a great move selecting Eric Tennessen to be our Chief of Police. He is as likable as he is dedicated to serving our community. I see him often at my local coffee shop, typically engaging in conversation with everyone he sees. The interactions he has with members of the community and other officers demonstrate how much he loves Camarillo, and the people that live here.