Is Forcing Private Schools To Mask Up A Veiled Threat To Religious Liberty?

What was the point of Virginia’s Aug. 13 public health emergency declaration on masks in schools if, as Gov. Ralph Northam asserted a week earlier, school districts were already required by existing law to follow federal guidelines requiring masks for children as little as two years old? Unfortunately the Virginia health commissioner doesn’t tell us in his order, but the text points to the reason: because it includes private schools where the law does not.

Private and religious schools across the nation have led the way by opening to students last year and according to the Centers for Disease Control and Prevention (CDC), there was no evidence that they increased transmission of the coronavirus. Despite this, American public schools remain uniquely sluggish in their reaction to a crisis which began over sixteen months ago — and parents have noticed.

In Alexandria, Virginia, Catholic, Episcopalian and Lutheran private schools were a model for community organizers who are looking to shake up the school board in elections this fall. Unconstrained by cumbersome bureaucracies and ulterior political motivations, religious and other private schools should be free to continue to adapt their practices to the latest information-and the statistics on COVID-19 for children are good news indeed.

After the Food and Drug Administration gave the coronavirus vaccines emergency authorization for adolescents this spring, the number of child deaths reported by the CDC as of Aug. 25 has dropped precipitously with 13 in the month of June and 15 recorded in July nationwide. Every death of a child is one too many, but this is a remarkable achievement when we consider that in the month of July alone, 27 children died of pneumonia. According to data collected up through Aug. 19 by the American Academy of Pediatrics, even with the delta variant now dominant, serious complications from coronavirus infection remain extremely rare for children with only 0.2%-1.9% of child COVID-19 cases requiring hospitalization and 0%-0.03% of cases resulting in death. Children get sick all the time from diseases that have a far worse prognosis, and yet we have never required that they wear masks until now. 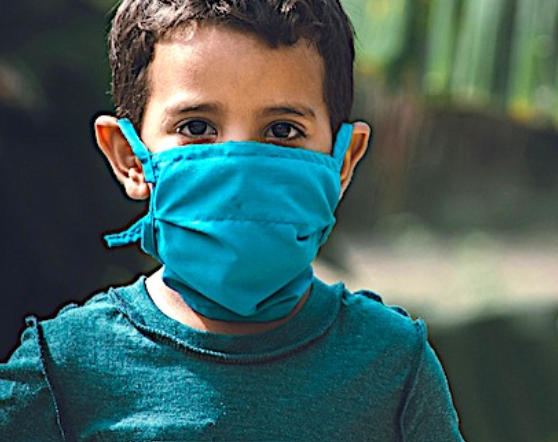 When we also consider that vaccinated adults are vanishingly unlikely to become gravely ill or die from COVID-19, it’s clear that in a jurisdiction like Alexandria, which now has over 70% of people aged 12 and older with at least one vaccine dosage, masks are at best a superfluous annoyance and at worse, ideological virtue signaling that has nothing to do with the safety of our children.

Every parent also has their own individual challenges and concerns. As the father of a rising kindergartner with speech impediments, the risk from the coronavirus is minuscule compared to the very real and certain impact of mask requirements. Requiring him to wear a mask during school would muffle his voice and hide the faces of others, only further hindering his ability to communicate, leading only to more frustration and behavioral problems. It was for this reason that his mother and I decided to unenroll him from preschool last year, because this nullified the benefits we had hoped he would receive from getting a head start in his education.

Face masks may be one-size-fits-all, but our mask policies need not be. Northam’s executive overreach is a direct attack on parents who choose to send their children to private schools precisely so they can have a say in how they are being educated.

Most jurisdictions allow for religious exemptions to vaccine requirements — even for deadly scourges of the past like measles or diphtheria. There are religious and moral issues with mask mandates as well. In France, the government apparently saw no irony in implementing a nationwide mask mandate at the same time as it considered legislation to ban face coverings for Muslim women.

Conversely, the left’s obsession with masks borders on a religious zeal in its own right, while the actual science is uncertain. The data available from the CDC on masks is a mix of anecdotal episodes, statistical estimates and pure speculation. The marginal benefits gleaned from this shaky data are far from the kind of compelling state interest that is necessary under long-standing precedents in religious freedom caselaw.

Furthermore, many Catholic dioceses have shown their autonomy from government authority by implementing a range of policies varying from less to more restrictive than their states, which is exactly as it should be. Religious and private schools should not have to rely on tenuous exemption clauses. Rather, they should not be subject to intrusive regulations in the first place.

There is a certain irony that in 1775, Virginia set an enduring precedent with the Act for Establishing Religious Freedom which served as a template for the First Amendment, and yet those very freedoms are now under very real threat in the Old Dominion. As we saw with restrictions on religious gatherings during the past year, the danger of this ongoing hyper-regulation to religious freedom is not hypothetical, but is here and now. Spiritual leaders of all faiths must form a united resistance against further encroachments from the state.

Perhaps it is not in their serene nature to emulate the rabble-rousing tactics of Thomas Paine and the other Revolutionary War-era pamphleteers, but these are every bit the sort of times that try men’s souls. Therefore, let us have an ecumenism of common sense, to borrow a turn of phrase. The future of freedom and of faith depends upon it.

Mr. Bowman is a father of four children enrolled in a Catholic school in Alexandria, Virginia.

The views and opinions expressed in this commentary are those of the author and do not reflect the official position of the Daily Caller News Foundation.