Something is rotten.  And, to paraphrase words from Shakespeare, what is rotten does not necessarily have anything to do with the State of Denmark.

Politicians do not address what is rotten.  But if they did, confidence in democracy might skyrocket.

What is rotten is the new world of automation, especially in the area of customer service and regulations. 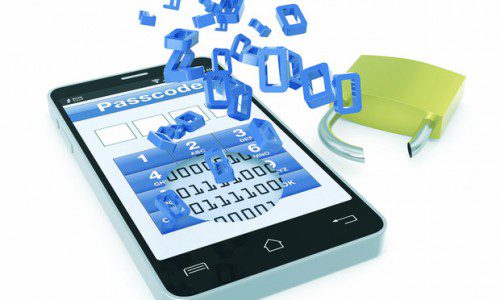 Here are some examples:

–The Internal Revenue Service (IRS).  Taxpayers can — and do — get tax bills from the IRS, and there is no explanation.  The best thing to do is pay the bill and hope to get a refund at a later time.  Do not telephone the IRS.  A taxpayer will either get a busy signal or a recorded message that says, “Your call is important to us.  Please stay on the line and your call will be answered in the order received.  Your call may be monitored for quality assurance.”  A lucky person may have his call answered in two or three hours.  The odds are that the person answering the call does not have any useful information.

–Credit card companies.  The monthly bill shows an unexplained charge.  Calling the credit-card company is similar to calling the IRS, except that the person on the other end of the line may be more polite than an IRS worker.

–Cell phones.  People buy cell phones for convenience.  Yet, for many people, there are unsolicited sales solicitations, offering such things as reverse mortgages or life insurance.  How many people stop answering their cell phones, possibly running the risk of missing an important call?

–Home telephones.  The problem is, again, more unsolicited sales calls.  Some of these calls give threatening messages, saying that failure to reply will result in a warrant for the telephone customer’s arrest or a multi-count indictment.

–Banks.  There are too many big banks like Bank of America, Wells Fargo, Citibank, and Chase.  It’s virtually impossible to reach someone at the customer’s local branch.  The caller gets the usual recorded message and has to wait a long time to have his call answered.

— Appointments.  For patients who are members of a health maintenance organization (like Kaiser Permanente), the patient has to go through some laborious process to make an appointment with his primary care physician.  The patient may have to go online and enter a user identification number and a password.  There are times when either or both entries do not work.  How many times do patients get a message saying the password is incorrect?

–E-mail:  About 25 years ago, e-mail was convenient.  There would be a few messages from friends and associates.  Today, many e-mail users find hundreds of unwanted messages.  How many candidates for public office are badgering e-mail users for campaign contributions?  Or how often do phony invoices appear, warning the user that he has not paid his bill?

–Transportation.  Passengers on public transit systems were promised a swift, convenient ride to work.  Today, more often than not, there are no parking spaces at transit stations, and the parking, which used to be free, now carries a fee.  Boarding the train or bus now costs more.  Passengers are lucky if they can find a seat.  And don’t forget the rancid smell inside the train or bus.  In some places, the passenger is lucky not to be robbed, wounded, or killed.

–Parking.  At hotels and restaurants, parking used to be free.  Now, there is often a fee to park in a hotel parking lot.  Or there is a sign in front of stores, saying something like “free parking for 20 minutes.”

–Government itself.  Government has become remote and expensive.  Whether the economy is good or bad, government always wants to raise taxes.  The extra tax money is needed, politicians say, to help unfortunate people.

–Stores.  Decades ago, stores employed people informed about different products.  For example, suppose a customer wanted a garment designed by Hanae Mori, a well known Japanese fashion designer.  In one case, at San Francisco’s Saks Fifth Avenue, the clerk said that she had never heard of Mr. Mori.  The truth is that Hanae Mori is a woman.  In today’s stores, the likelihood is that the person behind the counter is a teenager being paid the minimum wage.

Thirty or so years ago, there were news articles, telling readers that the future will be better.  The internet, one called the Information Super Highway, promised fast, efficient communication.

There have been some positive developments.  Doing chores like handling payroll used to involve reading complex manuals and figuring out what a worker is to be paid.  The time handling the payroll might have been 40 to 100 hours.  A company finance department might have had to employ 20 workers.  With computers, only two people, instead of 20, might be needed, and the work that took hours can now be done in perhaps three minutes.

Despite some advantages associated with the computer/internet age, the overall situation for the consumer is worse than ever.  Everything, especially government, costs more.  People are ruder.

A future candidate for public office should campaign on a platform of making customers happy when they deal with large, impersonal institutions.  Who knows?  That candidate might win by a landslide.