It’s Pretty Hard to Fix L.A. When Its Leaders are Wrecking It

As mentioned previously in recent CityWatch articles, we’re going into a Denaissance, not a Renaissance.

As aphorisms, hashtag politics, and feel-good laws and policies overcome the bastions of Western free-thinking and critical/rational thought, bad things happen to good people who rely on (and pay ever more generously for) their leaders to protect them, their families, and their quality of life.

Similarly, childish simplicity eclipses adult wisdom and experience, and the balance of rights and responsibilities falls apart to create a society where those who don’t follow the rules benefit from the good will and kindness of those victimized who do follow those rules.

Not that long ago, and certainly before the last City election cycle, Mayor Garcetti and the City Council were more focused on figuring out how to pay and plan for infrastructure that would improve the City’s economy and prepare for the future L.A. Olympics.

After the elections, “wokeness” overcame prudence and good governance, and now the City of the Angels appears to be encouraging, if not hoping for, the middle class who built and paid for this City to run away and flee for their lives (if not at the very least for their sanity).

It would be much nicer to focus on major transportation initiatives.

For example, the Crenshaw/LAX Line that connects the Expo to the Green Line, and which brings Metro Rail much closer to the airport (connecting with the future LAX People Mover) is being tested–kudos to Metro the Walsh Sea Corridor Constructors!

Furthermore, an excellent piece by my former CD11 Transportation Advisory Committee co-chair Matthew Hetz graced the last edition of CityWatch. In short, Matt is spot-on right in identifying the Sepulveda Pass rail line as requiring a subway to get the monster ridership that the Wilshire Corridor will enjoy once it, too, gets to the Westside.

Yet no matter what cute little spin the City Council, Mayor, and LAPD will place on things, crime is NOT going down, and we ARE paying for passing a few stupid state measures to let all the “nonviolent criminals” who were nonstop and repeat-offenders out of prison and into the streets, and ditto for making the Golden State into a magnet for homeless-by-choice offenders.

(Note to the remnants of responsible law enforcement and the GOP: maybe you could find in your heart, brain, and spine to create a few laws, and to repeal previous measures, to show you actually stand for something that might win for a change.)

But in the town hall held last night by Councilmember Bonin (who IS, even to his loudest opponents, a devoted husband and father), there was at the very least, a huge disconnect between law enforcement and the Councilmember, and his constituents who too-frequently live in fear and are being pretty much, when all is said and done, being told to “take it or leave”.

Not a very kind sentiment, and one certainly NOT intentionally meant by anyone who runs Downtown or by the LAPD. Yet that is the “message received”, or at least the perception of that “message”, by the law-abiding public who increasingly experiences life-threatening, or at least life-altering, negative brushes with criminals and criminal elements that NO ONE should have in a civilized society.

It should be remembered that Councilmember Bonin did answer the questions posed to him, as did the police and other legal representatives of the City, even though the answers probably didn’t please many present. It is the right for all electeds and voters to make their own stands on a given issue. Ultimately, the problems of crime and homelessness is as much a political one as any.

1) Those who need help should get it. Homes for the homeless and/or working class should not be created with taxpayer funds at $500-700,000 a pop. They also need not all be located near the fun, beautiful ocean. Government should focus on FIXING the problem, not profiteering and creating permanent jobs from a problem that would be a source of ongoing and endless taxpayer largesse.

2) If one is unable to make adult decisions because of mental illness, society does have the right to intervene if that person is a potential danger to themselves or society…and screaming at and threatening people (even verbally, not even with the machetes we’re seeing now on Venice Blvd.) IS a danger.

3) Leaving needles on the ground, and defecating on the ground and in public, or public exposure of one’s genitalia, IS a danger and an assault on the public. If one is not in control of their faculties, institutionalization and strict halfway house monitoring is appropriate…and if one IS in control of their faculties, then jail time and/or expulsion from the City of the Angels is not inappropriate.

4) If some naive or tone-deaf or do-gooder judge makes a bad ruling, appeal it all the way to the Supreme Court. That is what we pay the Mayor, City Council, and City Attorney to do. That, too, is part of your jobs.

5) The right to live on public, taxpayer-funded property is NOT guaranteed, and if anyone suggests otherwise, legal muster to bring that issue to the Supreme Court is similarly appropriate. Because the public, who pays the taxes and who follows the rules, has rights, TOO.

I look forward to focusing and publishing more on transportation, when public safety and quality of life isn’t so much a challenge to the City of the Angels. However, when one fears for their life and safety, and that of their family, it’s pretty hard to just keep whistling past the graveyard.

And this City will, slowly but surely, and no matter how much gaslighting is thrown in our collective face, be a graveyard unless new leadership shows a better balance to represent the rights and needs and requirements of all living and working in it than it has to date.

Republished with permission from Source 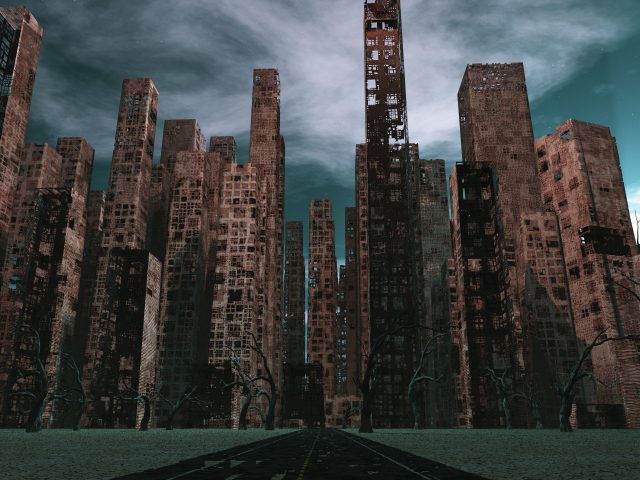 (CityWatch Columnist, Kenneth S. Alpern, M.D, is a dermatologist who has served in clinics in Los Angeles, Orange, and Riverside Counties, and is a proud husband and father to two cherished children and a wonderful wife. He was (termed out) also a Westside Village Zone Director and Board member of the Mar Vista Community Council (MVCC), previously co-chaired its Outreach Committee, and currently is Co-Chair of its MVCC Transportation/Infrastructure Committee and Vice-Chair of its Planning Committee. He was co-chair of the CD11 Transportation Advisory Committee and chaired the nonprofit Transit Coalition and can be reached at [email protected]. He also co-chairs the grassroots Friends of the Green Line at www.fogl.us. The views expressed in this article are solely those of Dr. Alpern.)

It’s also pretty hard to fix the whole of California for the same reasoning.