Joe Biden and “Open Borders”: As If

On February 9, more than 50 Republican members of the US House of Representatives sent President Joe Biden a letter decrying his “open border” policies. Of all the hyberbolic claims I’ve read regarding the Biden administration since Inauguration Day, that one takes the cake. In neither word nor action has the new president come within a country mile of supporting “open borders” in principle or in policy.

As the Cato Institute’s David J. Bier notes, “Biden has been in office for less than a month. Many people keep saying ‘give him time.’ But what’s concerning isn’t that Biden hasn’t ‘gotten around to immigration yet.’ It’s that he has, and is intentionally choosing to perpetuate one of the worst immigration regimes in American history.” 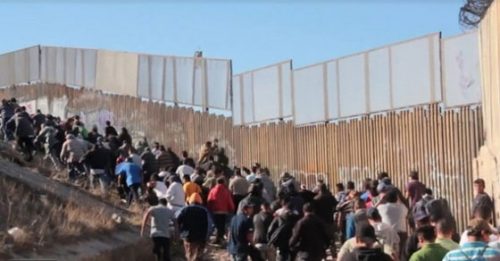 That’s true of both his early executive orders (yes, he cut off misappropriated funding for Donald Trump’s “border wall” boondoggle, but boondoggles being boondoggles, the wall wasn’t stopping anyone anyway) and the legislative proposal he unveiled on February 18 (he wants a “path to citizenship” and is asking for some visa caps to be raised, but not for immigration freedom).

For the most part, Biden’s just carrying on in the Obama/Trump tradition of gaming immigration to satisfy authoritarians on both the “right” (the “won’t say we’re white nationalists, but you get it” wing of the Republican Party) and the “left” (Democrats beholden, like Biden himself, to the corrupt remnant of what was once a vital, universally pro-worker “organized labor” movement but over time became a protectionist racket).

House Republicans have mistaken a fellow authoritarian “border security” cultist for a pro-freedom activist. And they think that’s a bad thing!

Would you like to know who DID support “open borders?”

The framers of the US Constitution, in Article I, Section 9 forbade the federal government to regulate immigration for 20 years, after which a constitutional amendment would have been required to create any such federal power (see the Tenth Amendment). It never was so amended, but in 1875 an activist Supreme Court miracled the power up out of whole cloth in Chy Lung v. Freeman.

“I’ve spoken of the shining city all my political life …. a city with free ports that hummed with commerce and creativity. And if there had to be city walls, the walls had doors and the doors were open to anyone with the will and the heart to get here. That’s how I saw it, and see it still.”

Immigration freedom has always been an unalloyed social and economic good. When a politician supports anything less, he outs himself as an enemy of both human freedom and economic prosperity.

Republican politicians abandoned “open borders” for Joe Biden’s long-time position. Now they accuse him, essentially, of being a closet Reaganite! It doesn’t get much sillier than that.

Joe Biden and “Open Borders”: As If | The William Lloyd Garrison Center for Libertarian Advocacy Journalism