Uh-oh – somebody just blew his group’s facade out into the open.

That’s what occurred last Saturday at the hand of a revolution-ready (or not?) Marxist insurgent ‘operating’ with the so-called Not F—ing Around Coalition (NFAC) in Louisville.

That much is clear – at least regarding the group’s state of being last weekend. Here’s the proof:

It appears NFAC will give itself enough time to decide. That’s their public plan according to Grand Master Jay, anyway:

“Do I believe they [the Kentucky Supreme Court] can do it in four weeks when they normally takes (sic) eight weeks? Well, let’s just say I wouldn’t want to be in their shoes if I didn’t.”

The ‘it’ Grand Master Jay refers to can be found by clicking here. This short news clip, out of Louisville, includes the above statement. And more examples of Left-wing public optics failures.

Take heart, patriots – NFAC is doing all non-leftists who still care about America an unintentional favor. And NFAC’s myriad, organized Marxist allies are only multiplying their unwitting efforts.

Just like the NFAC insurgent who negligently discharged his (somebody else’s?) rifle on Saturday, the Organized Left/Democrat Party has been unfolding its counterstate strategy so fast, it must now choose between making up for lost surprise advantage or losing political power again in November. Major cities continue to burn; the Democrat-Media Complex cannot hide this fact amid a fearful people.

“Antifa is a major gift to the Right.” – Noam Chomsky

Replace ‘Antifa’ with ‘NFAC’, ‘BLM’ or any other such group, and that is the truth of America’s fortunate reality. Marxist insurgents like Grand Master Jay can deny it only at their own movement’s peril. The late Andrew Breitbart was not a fool to say, “Walk towards the fire.” Breitbart knew how little fuel actually feeds it.

Militant radicals like Grand Master Jay are going far outside the experience of their Marxist elder Noam Chomsky. At the rate they are going, Chomsky will end up being the Left’s ‘I told ya so!’ figure.

Keep it up, NFAC! You are helping create more young conservatives who will actively counter your fascistic effort – and compel more voters across state lines to re-elect President Trump in November. 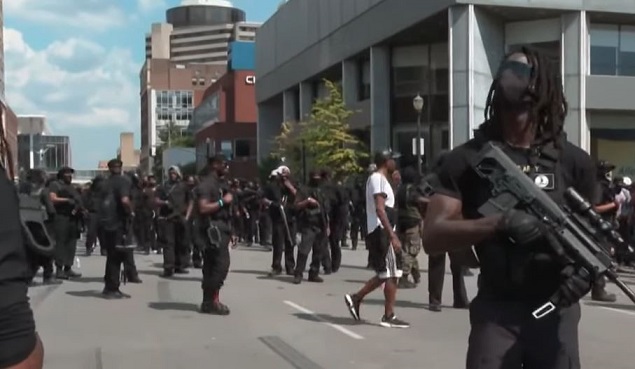 Mike Smith was a 23 year resident of Camarillo

Understand And Appreciate That President Trump Is Our Braveheart.

Final Election Results Are Here at Last, and California’s GOP is Still in Decline