Kyle Rittenhouse Not Guilty On All Counts

Kyle Rittenhouse struggled to hold back an eruption of tears as a jury foreman in Kenosha, Wisconsin, went through count by count, declaring him not guilty on each, before collapsing to his seat as the jury’s verdict on the final charge was read. 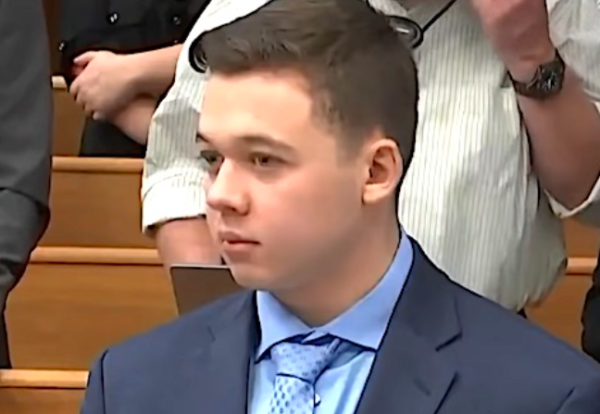 But on the fourth day of deliberations and the 15th day of the trial, the jury unanimously agreed with Rittenhouse’s defense, that he had a reasonable belief that his life was in danger and that he acted in self-defense.

Rittenhouse and a friend had been invited to join others who had been asked by the owners of a used car lot in Kenosha to protect the property after 100 cars had been burned the previous night during riots in response to the police shooting of a black man, Jacob Blake.

See video of the reading of the verdict:

The jury clearly was affected by the fact that even the White House was closely watching the case after President Biden himself characterized Rittenhouse as a white supremacist in a tweet shortly after the shooting.

“What I can reiterate for you is the president’s view that we shouldn’t have, broadly speaking, vigilantes patrolling our communities with assault weapons,” she said during her daily briefing. ‘We shouldn’t have opportunists corrupting peaceful protests by rioting and burning down the communities they claim to represent – anywhere in the country.”

Kenosha Judge Bruce Schroeder instructed jurors to “pay no heed to the opinions of anyone, even the president of the United States, or the president before him.”

He reported that as jurors entered, several of them thanked sheriff’s deputies for putting up a folding screen that blocked them from public view.

One juror, a woman, said, “It helps calm my nerves.”

Another woman was heard saying the “media coverage is insane.” A man said he woke up at 3:30 a.m. and couldn’t fall back asleep until 5 a.m.