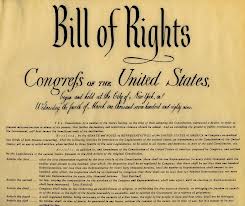 Here I am, still under house arrest, thinking random thoughts, sitting here contemplating the whichness of what, and attempting to unscrew the inscrutable. I am profoundly saddened to learn that Pete Townshend and Roger Daltrey aren’t going to get any more money from Donald Trump.

I was thinking the other day about the Hairy Prince and Margle Mencken, musing that whenever anybody like them aspires to immigrate to the Untied Skates, they should be required to fill out a voluminous and repetitive questionnaire. If it turns out that they believe in “Global Warming” or in “Climate Change” and they intend to spread the Gospel of St. Greta, they won’t be admitted. But then I realized, that, being the leftists they are — communists, socialists, liberals, Democrats — they would just lie reflexively, and we’d be right back where we started.

Our poor, battered country today finds itself trapped between the cruel jaws of celebrity and expertism. Lord Acton was famously right that power corrupts and absolute power corrupts absolutely, but nothing corrupts more absolutely than the belief that the gullible masses adore you or the thought that you know significantly more about how to live life than the average individual you’re talking down to. The only thing early 20th century “Progressive” politicians lacked for a total stranglehold on civilization was movie and TV stars as deluded as they were.

Americans have now reached the ridiculous and humiliating point where our everyday lives have been disrupted and distorted, where everything that we’ve ever worked for, often for decades, has been utterly destroyed, in the name of a make-believe  malady that is demonstrably less dangerous than the common cold, on the imperious and unconstitutional order of an absolute dictator — that Faucolini asshole — for whom nobody voted, and whose ever-so-authoritative pronouncements on ”public health”, over and over again have been proven wrong. I am sadly ashamed to see my country-men (and -women) so cowardly and so shamefully risk-averse that they’d put up with this utter nonsense. Death to soccer-moms.

Whatever happened to guts?

Most people — each and every one of them pathetic victims of the public education system — mistakenly believe that the United States of  America is a democracy, rather than merely a democratically-operated republic with built-in limits to protect our inalienable rights and those of minorities of one kind or another from a rabid majority. We let this Faucist and his politico-medical Storm-troopers push us around and tell us what to do and what not to do. At the same time, we permit anti-capitalist Greenies, latterday Luddites and other mentally-deficient specimens to vote, which accounts for both the United States Congress in its present state, and for the Democrat Party. It’s enough to start a reasonable, rational person mumbling to himself about the ”booboisie” — by which I don’t mean Pamela Anderson.

Now and again, however, something happens to restore one’s confidence in the general population. Whether the hairsprayed professional morons on TV like it or not, the Tea Party changed the course of American history (and cleaned up after themselves afterward). They managed to get Donald J. Trump elected President, which has had much the same effect so far, and also exposed numberless Stalinist operatives like that execrable female on _The View_ and the drooling idiot who will be known forever as ”Meathead”; child traffickers everywhere are shaking in their boots. Today’s Populists have roundly rejected the communist blandishments of Bernie Sanders and Sandy Ocasio. I feel seriously heartened by the number of anti-shutdown protests across America, hated by politicians and talking heads alike.

However our real job right now is to think about the future, and our motto needs to be ”Never Again”. What America has desperately needed for 231 years  is a Constitutional amendment holding that no so-called emergency can ever be allowed to override the Bill of Rights under any circumstances whatever. The Founding Fathers’ worst mistake must be corrected immediately by providing the severest imaginable penalties — starting with Title 18 of the U.S. Code, Sections 241 and 242 (which penalize depriving individuals of their rights ”under color of law”) — for those collectivist politicians, bureaucrats, and policemen who attempt to abrogate our sacred liberties on any excuse.

And maybe we should think a lot more about the second-best reason for legalizing hemp.