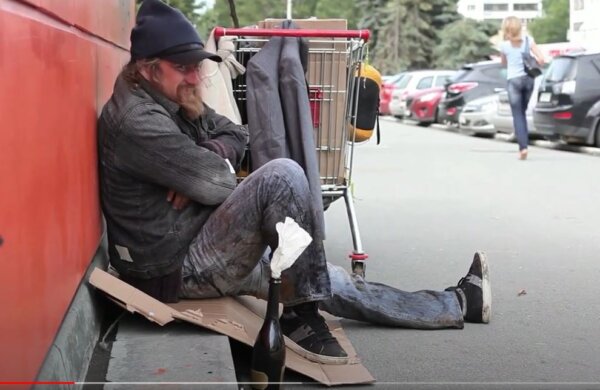 Citing the high cost – both financially and in human suffering – Los Angeles City Controller Ron Galperin Wednesday took issue with the lack of results produced so far by the city in addressing homelessness.

“Although Los Angeles has made some progress with Proposition HHH, it hasn’t been enough,” Galperin said. “The costs are too high and the pace is too slow to address the tragedy on our streets. If the City doesn’t learn from its mistakes, it risks repeating them. Angelenos, sheltered and unsheltered, cannot afford that to happen.”

Since the HHH bond measure passed more than five years ago, Galperin said homelessness has jumped by more than 45% in Los Angeles and thousands of people have died on the streets, including an average of five per day in the early months of the pandemic.

The bond measure raised $1.2 billion to address homelessness, with the lion’s share of that going to building 8,000 new and/or renovated housing units.  Since its passage, the bond has produced only about 15 percent of the units called for, with another half under current construction, and the final third still on the drawing table (the expenditure still leaves about 70 percent of the city’s homeless population without even the possibility of obtaining a unit under the bond).

Galperin said that at best, more than half of all the units will not be ready for occupancy within three years.

Also raising ire is the ballooning cost of each unit – in 2020 the estimate was about $530,000 per one-bedroom/studio apartment-type unit, with that number rising to $600,000 in just one year.  This average price covers a multitude of housing types, from renovated motels to new construction and includes units being built on the higher cost end of more than $830,000 (across the board, the per-square-foot per unit average cost will at least approach $1,200, an amount usually only seen in luxury construction projects, experts say).

If this inflationary pace, which is outstripping even the ballooning costs of private construction, thousands of units will eventually come in at a cost of more than $1 million each, pushing the per-square-foot cost into southern California’s high-end ocean view project range.

These capital costs do not include on-going property maintenance and supportive housing program expenses.  In a previous California Globe story, the value of those services to each individual awarded housing would be about $40,000 per year, or roughly the state’s median per-person income.

Proponents of the idea of permanent supportive housing, under which many of these new units will fall, say the “housing first” concept allows homeless people struggling with mental illness and/or addiction – at least 75 percent of that population – to be able to plan a path to mental well-being and/or sobriety without having to face the daily horrors of the street, though others say direct medical/addiction care must come first to better help those individuals achieve lasting health.

“Despite loud public demands for more rapid solutions, L.A.’s approach to homeless housing has left too many people on the streets,” Galperin said. “Any future homeless housing efforts must do a better job balancing short-term needs and long-term goals. That means making room for quicker interim projects alongside supportive ones. It doesn’t have to be one or the other – we can do both.”

For more information, you can explore the HHH report and story map at lacontroller.org/problems-and-progress-of-prop-hhh.

<a href="https://www.citizensjournal.us/12-nightmarish-economic-trends-that-we-should-expect-to-see-during-the-2nd-half-of-2022/" rel="bookmark" class="td-image-wrap " title="12 Nightmarish Economic Trends That We