The secretary of state’s office has notified the Elder for Governor campaign that he did not qualify as a candidate due to redaction issues with the income tax returns filed with his candidacy application. No candidate has been previously disqualified for this reason. Elder filed suit today seeking an order from the Superior Court in Sacramento requiring Secretary Weber to list Elder as a candidate on the final certified list, to be issued on Wednesday, July 21, 2021. 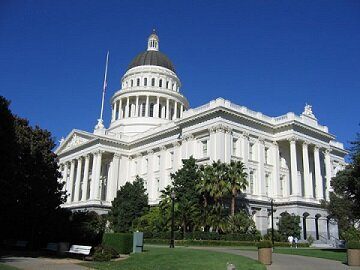 “We’ve complied with everything the secretary of state has required of us,” said Elder. “The politicians in Sacramento know I’m the only candidate who can beat Gavin Newsom. They are afraid, and they are using whatever shenanigans they can to try to trip me up. It won’t work.”

“I provided all tax returns as required, totaling over 300 pages,” Elder, himself an attorney, added. “Frankly, this action by the Secretary of State is not simply unfair and absurd but a dangerous and unconstitutional precedent.”

The Elder for Governor campaign emphasized the following:

The Elder for Governor campaign is seeking immediate legal relief. “I am waging a legal battle to run as the candidate for Californians who are tired of the partisanship and entrenched interests of Sacramento. I fully expect to be on the final certified list of candidates,” said Elder.

For more information about the Elder for Governor 2021 campaign, please visit https://www.ElectElder.com.

I am honestly not surprised that the Pelosi/Newsom crime syndicate would pull something like this. They are corrupt to the core as is Sacramento. Larry Elder is a threat because he’s an honest man, intelligent and refined. Something our current quote little Hitler in hair gel” governor is not. The last thing the Demofascists want is an honest governor.

Just a thought…..will there be the opportunity to do a write-in for Elder for governor if the secretary of state prevails?