The Tree Top Terror! That’s what Japanese ground forces called Marine Corps PBJ and Army Air Force B25 medium bombers as they rampaged at very low altitudes across the Southwest Pacific from 1943 onward.

Given the leeway by accommodating leadership to test and evaluate different tactics and armament configurations in the field, that’s just what they did. On Saturday August 6th the Commemorative Air Force Southern California Wing  at the Camarillo Airport will conduct a presentation on the varying tactics and armament used by PBJ units as they constantly adjusted to operational needs and enemy counter-tactics.

They’ll also open their magnificent PBJ-1J, which took 23 years to restore to flying condition, so you can tour the inside of the aircraft. Other iconic aircraft from World War II, most in flyable condition, will also be on display, including a Spitfire, a real Zero, and the F6F Hellcat. Mark your calendars to enter the world of ultra-low altitude tactics and the Marine Corps’ PBJ Mitchell. 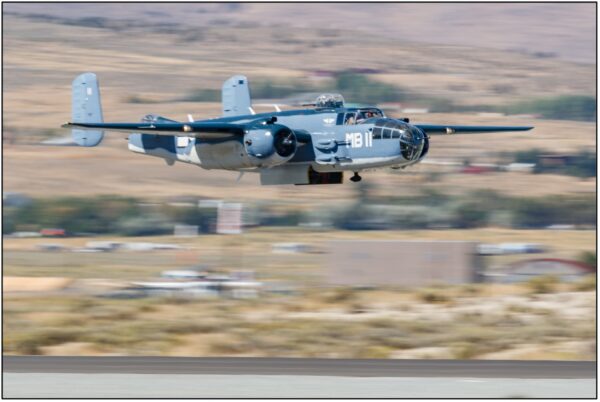 The wing is dedicated to preserving the history of WWII aircraft for generations to come. This CAF location is assigned 12 authentic military aircraft that are maintained and operated by their volunteers.

In addition to flying aircraft, the wing also has a wide-ranging collection of World War II artifacts displayed in a Hangar Museum.

Due to COVID restrictions, their opening hours are Friday and Saturday, 10 AM to 4 PM, and Sunday, 12 PM to 4 PM.

They are closed on Monday-Thursday and some holidays. The newly expanded wing at over 55,000 square feet includes three hangar complexes to house
their museum, flying aircraft, warbird restorations, and gift shop. 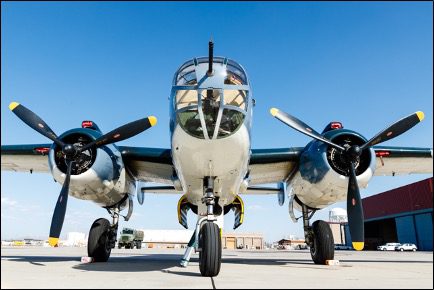 For more than 60 years, the CAF has been dedicated to Honoring American Military Aviation through flight, exhibition, education, and remembrance. Fulfilling its mission, the organization maintains airplanes in flying condition – take the airplanes to the people to experience firsthand the aircraft’s sight and sound in flight.

The CAF is a non-profit educational association with more than 11,000 members and a fleet of 165 vintage military aircraft distributed throughout the U.S. For more information, visit www.CommemorativeAirForce.org.

There is nothing like the throb of the huge Pratt & Whitney engines on these old fly birds. When in grade school, sometimes class would be interrupted as huge flights of B-17s would roar over our school house. The teachers couldn’t be heard and all the students were at the windows watching them fly over. Every time I hear the throb of those engines in the air it reminds me of those massive flights headed off to fight the war in Europe.

If you haven’t visited the museum, please do so and imagine yourself in one of those aircraft flying for eight or ten hours. When you hear those big engines roaring imagine having to live with the sound for such extended periods.