Looking for a Job! Try Capitalism!

Are you out of work and looking for a job?  Can you even find a job in America’s miserable economy?

And if you have a job, do you hate your boss?

Instead of bashing the capitalist system, why not become a capitalist.

The solution is simple:  Start your own business. 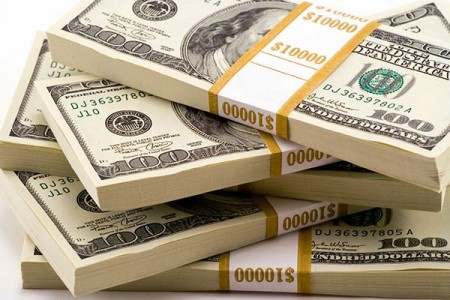 Why trudge through life working for some idiot who doesn’t appreciate your talents?  And even if your boss is not an idiot, the day you reach age 50 may be the time your employer gets rid of you for younger, cheaper talent.

For years, there has been a Central Dogma in America.  The dogma goes like this:  Go to college, get a diploma, get a job.

So what do you do if no job materializes?

Think of the millions of Americans who have come to this country, could not speak English, and had little, if any, money.  Some of these immigrants have gone on to start businesses.

At first, starting a business can be very tough.  You need money, time, and perseverance.  But think of all the Americans — immigrants and native-born people who run restaurants, shops, mail-order companies, and internet firms.

The rewards of running one’s own business can be enormous.  Yes, you (unless you have plenty of money) have to work hard, hire people, find a bank, find an insurance broker, deal with regulations, and pay taxes.

But think of the opportunities.  You are the boss.  You make the decisions.  Others work for you, not the opposite.

And, if you’re financially successful, you can buy a nice house and your favorite car.  You can travel the world.

Think of Andrew Grove.  He came to America as a poor Jewish immigrant from Hungary.  He did not speak English.

Grove got himself educated and then went on to earn a doctorate in chemical engineering from the University of California, Berkeley.

Grove worked for a company that did not understand the value of semiconductors (silicon chips).  With others, Grove helped found Integrated Electronics (now Intel) and changed the world.  Where would America be without the talents of Grove and people like him?  Would there be, without silicon chips, smart phones, laptop computers, and self-driving cars?

Not every entrepreneur becomes a billionaire.  But plenty of non-billionaires start businesses and do well.

Think of Martin Greenfield.  The average American has never heard of him.  Greenfield grew up as a Jew in Czechoslovakia.  He was sent to die in Auschwitz, the notorious Nazi concentration camp, but managed to survive.

After World War II, Greenfield made his way to America.  He worked as a tailor.  Then he started his own clothing business.  In the 1990’s, Greenfield got a call from a man who wanted to buy new suits.  Who was that man who called?  Answer:  President Bill Clinton.  Later, Greenfield received orders from President Barack Obama.

Imagine that:  a concentration camp survivor comes to America and ends up making suits for American presidents.

Whatever one may say about America, the nation is still the land of opportunity.  And millions of people living in other countries list America as the best place to live permanently.

How many people are lining up to live in Russia, North Korea, or Iran?  If America opened its doors to everyone who wants to live here, the nation would soon have over a billion people.

So don’t worry if your can’t find a job.  And forget about the Central Dogma.

Start your own business and become an American success story.  America needs you.